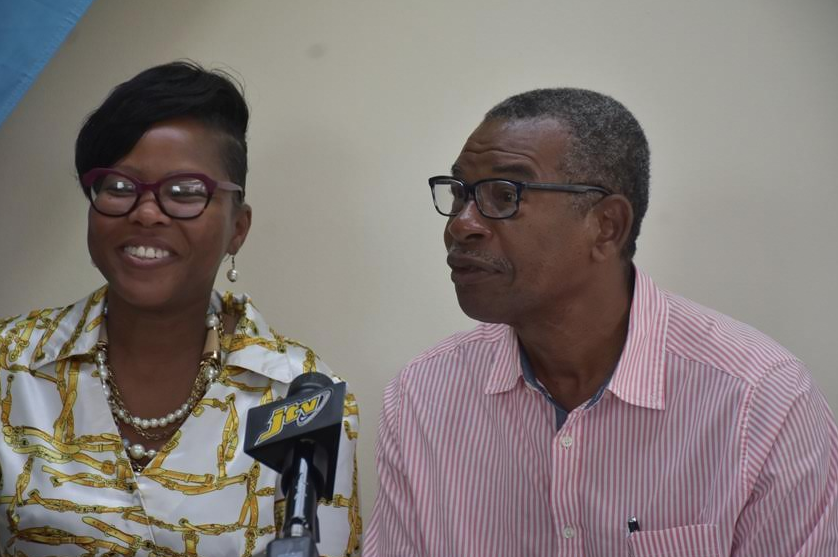 More than 100,000 persons are anticipated to flock to the Tortola Pier Park during their third annual 12 Days of Christmas event, which runs from Friday, December 13 to Tuesday, December 24.

This was revealed by their Chief Executive Officer Vance Lewis during a media conference held to launch the initiative.

He said the estimated number is a modest one. But, Lewis said he believes it will be well exceeded, thanks to the many adjustments made by the Pier Park to accommodate the event.

“We will be attracting approximately 80,000 visitors to the shores and we have given you a conservative estimate of only 20,000 locals. We actually think we are going to have double that when you consider the excitement and the packed schedule that we’ve got,” Lewis stated.

“It is a conservative estimate of 100,000 people and we have some 43 ship calls over those 12 days which will bring 80,000 people plus as many locals, since we have shifted the focus, expanded the hours of the park to midnight, and we are now making absolutely sure that the locals can share in the experience,” he added.

Non-tenants a part of initiative

A total of 52 activities are expected to be a part of the 12-day event, which will also house non-existent tenants of the Pier Park.

Business Development at the pier park Manager Zoe Walcott said this move will provide an opportunity for these non-tenants to capitalise while building relationships simultaneously.

“The reality is, the bulk of what is here really focuses on the tenants and what we thought is we also want to value, and to build relationships, and to see how we can create symbiotic relationships that would allow additional foot traffic to come in from those businesses that aren’t typically in the park,” Walcott stated.

“They have jumped on board and our tenants are also appreciative of the fact that we are creating additional avenues for footfall. We are looking at an aggressive way in which we also get our overnight guests, not just the cruise guest but the overnight guests that are actually here within the territory,” she added.

Some of the Activities

A total of $5,000 in cash prizes will be given away throughout the event. Some of the activities which will allow persons to win money include, ‘Xmas Family Feud’, Super Sweeps (Treasure Chest) and Xmas Karaoke-Off.

Some of the other activities include the 1st Property & Land Sales, which will have a number of realtors, banks, surveyors and contractors showing property and land offerings within the BVI; the BVI Spirit, which will focus on all items made locally within the BVI; Coming to Market, which will feature a number of local farmers selling their wares; and Xmas Mega Sales featuring Tortola Auto Group (TAG) & Legacy Sales.
Add Comment