The Royal Virgin Islands Police Force (RVIPF) has promoted 13 of its officers, some to sergeants, inspectors and one to the chief inspector rank, as a result of the promotional exercise process that was held in 2021.

According to a press release from the RVIPF today, March 14, 2022, Israel Sergeant was promoted to rank of chief inspector; while four officers, Jumo Shortte, Kendolph Bobb, Kenrick Davis and Lesroy Simmons, were promoted to the rank of inspector.

Promotions and confirmations of officers are completed after a series of evaluations to include an application, a written and competency exam, and an interview process. 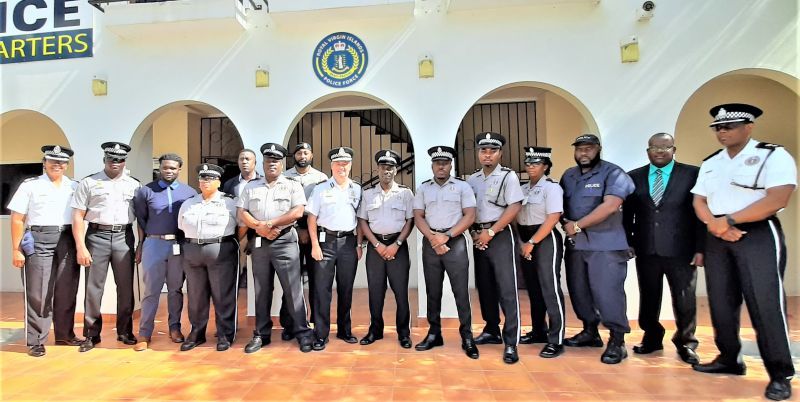 Promotions and confirmations of officers are completed after a series of evaluations to include an application, a written and competency exam, and an interview process.

Other officers invited to sharpen skills for advancement

Commissioner of Police Mark Collins, while congratulating the officers for passing all the stages of the promotional exercise, invited others to hone their skills and move into position for advancement.

“The organisation continues to strengthen its human resources through training and fill vacancies internally with those who qualify and meet the challenge. This exercise makes way for other officers to move up the rank,” Commissioner Collins noted.