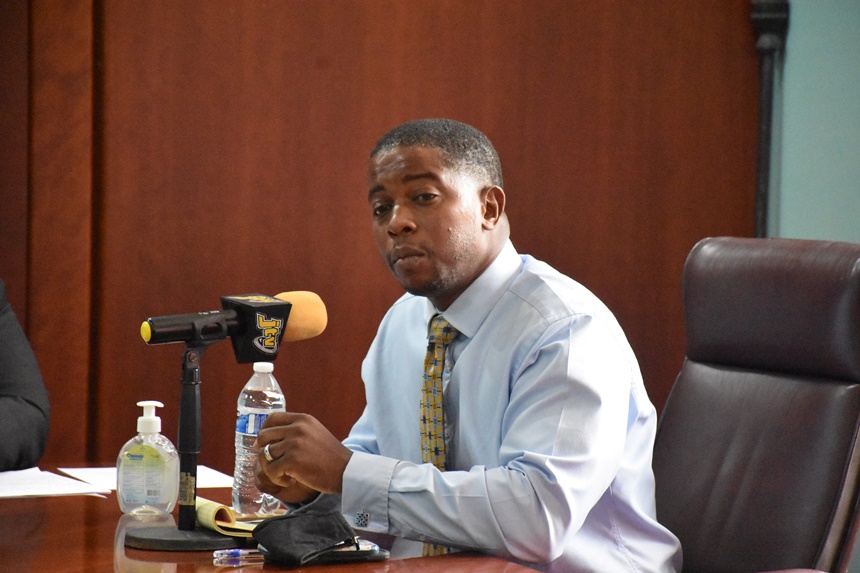 $16K for new Skelton Cline consultancy? What for?

Questioning Pastor Claude Skelton Cline’s role as a government consultant, Opposition legislator Melvin ‘Mitch’ Turnbull has claimed that the government is now paying $16,000 to the clergyman.

The VIP administration had hired Skelton Cline’s company, Grace Consulting on a $144,000 contract which was scheduled to run from September 18, 2019 to August 17, 2020, as stated by Cabinet.

In a recent interview with 284 Media, Skelton-Cline revealed that he was being retained by the government to carry out two additional projects. However, he didn’t reveal the value of the latest contracts and what specific projects he is working on.

Speaking in the House of Assembly on September 29, Turnbull said Skelton Cline’s latest contract is valued at $16,000, as he asked for reports and updates on the work Grace Consulting is doing on behalf of the government.

“… Let’s call $16,000 because that’s what his contract is now. But what is being done? Where are the reports on this consultancy contract? Because the only time you hear him is on the radio on Tuesdays and Thursdays. God bless we are in here now because he would have been in there [on the radio] prancing up,” Turnbull said of Skelton Cline who was present for that sitting of the House.

“You know what I learned? No matter what you do in life, once you got a problem with money, money is always going to be your problem,” Turnbull said.

In 2019, a leaked report from the Auditor General’s office concluded that the project yielded no results.

A year ago, Opposition leader Marlon Penn questioned the contracts awarded to Skelton Cline and other government consultants, saying it is unclear what they’ve been hired to do.