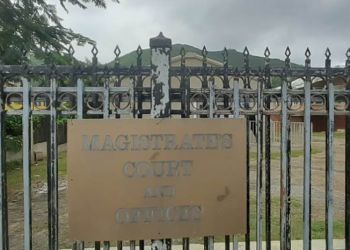 Paul Mercutius Jack, 50, an unemployed mason from St Vincent and the Grenadines who was caught with over $178,000 in cash suspected of being from criminal activities on December 4, 2020, was sentenced to 9.5 months in jail yesterday, March 23, 2021.

The cash that was found concealed inside a toolbox was forfeited to the Crown at the Magistrate’s Court, which was presided over by Senior Magistrate Tamia N. Richards.

The Virgin Gorda resident entered a guilty plea to the charge of Proceeds of Criminal Conduct at an earlier court appearance, which went in his favour at sentencing.

This is because his sentence was reduced from 19 months to 9.5 months because of his early guilty plea, and also, he was on remand at Her Majesty’s Prison since his first appearance on December 7 2020.

As per the court documents, on December 4, 2020, just before 8:00 am, the Royal Virgin Islands Police Force executed a search warrant on the defendant’s residence, where he was met at the front of his home working on a wooden toolbox.

When he was cautioned, he allegedly replied: “Officer, I don’t know whatever you see there; it is what it is.”

He was later taken to the Virgin Gorda Police Station, where financial investigators questioned him on who the money belonged to, to which he took ownership.

He also participated in a cautioned interview, and when questioned, he allegedly said: “I am not going to answer that.”

Jack was then charged with Proceeds of Criminal Conduct.