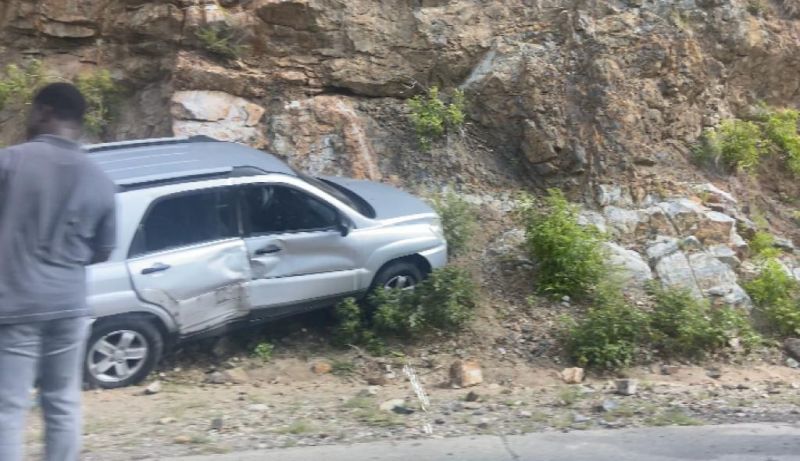 Thankfully no one was seriously injured when two SUVs became involved in an accident in the area known as 'The Bluff' on Sir Francis Drake Highway, Tortola this morning, September 15, 2022.

The accident allegedly took place sometime after 8:00 am.

The circumstances surround the mishap are unclear; however, one of the SUVs slammed into the mountainside and sustained major damages.

Police were on the scene investigating. 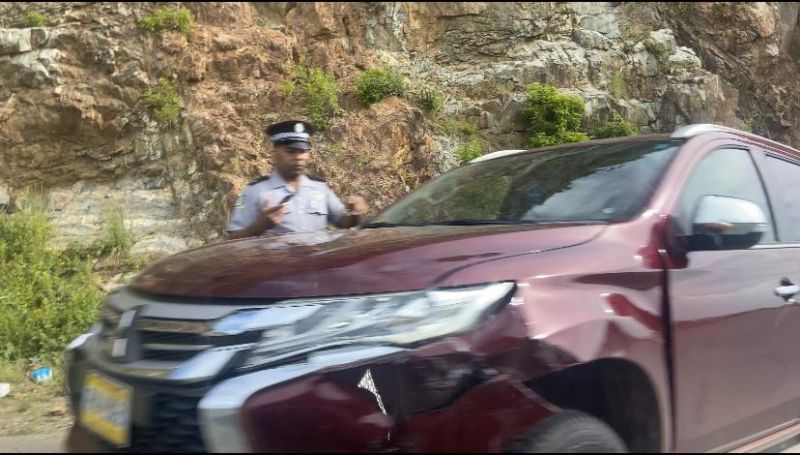 One of the vehicles involved in the accident in the area of Cox Heath on Tortola today, September 15, 2022.