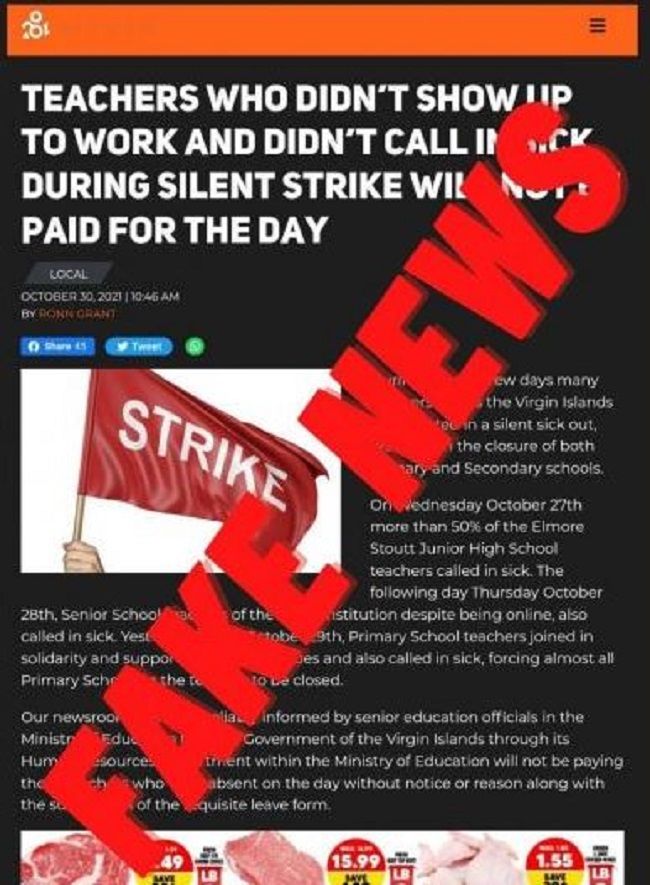 Recently established news entity 284Media has once again been called out for its alleged fake news reporting.

284Media had published an article on October 30, 2021, with the headline: ‘Teachers who didn’t show up for work and didn’t call in sick during silent strike will not be paid for the day’.

Deputy Premier and Minister for Education, Culture, Youth Affairs, Fisheries and Agriculture, Dr the Honourable Natalio D. Wheatley (R7) addressed the alleged misleading article on October 31, 2021, during an update on the recent sickout protest by teachers. 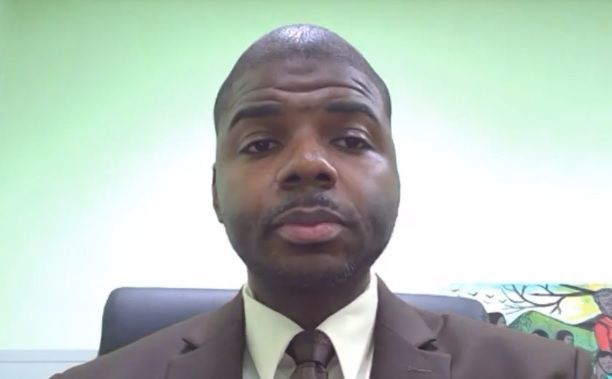 Deputy Premier and Minister for Education, Culture, Youth Affairs, Fisheries and Agriculture, Dr the Honourable Natalio D. Wheatley (R7) addressed the alleged misleading article on October 31, 2021, during an update on the recent sickout protest by teachers.

“Let me correct some fake news from the 284 media organisation.

It was reported in a recent article that the teachers would be docked a portion of their salary for not showing up to work. This is a blatant falsehood, and I question the motives for seeking to mislead the public.”

The minister then highlighted Section 92 and 93 of the Virgin Islands Constitution Order, which states that the Governor, acting in accordance with the advice of the Teaching Service Commission, is responsible for all matters of discipline for teachers.

“I have instructed my Permanent Secretary to provide a full report of the events of last week to the Teaching Service Commission, and I, specifically, asked that the Ministry recommend that no teacher, and I repeat no teacher, is penalized for the actions related to the sickout between Wednesday 27th October and Friday 29th October.”

284Media has in the past been called out for ‘fake news’ reporting on several occasions.

On March 19, 2021, 284Media falsely reported that two bodies, with bullet wounds, were found floating under a bridge at Frenchman's Cay and that they were identified as Trinidad and Tobago nationals.

The news site had published false information circulating on social media without seeking verification from authorities.

It later adjusted its story to say the reports were fake.

On June 9, 2021, 284Media falsely reported that the government was moving to have teachers and frontline workers vaccinated or be subjected to bi-monthly COVID-19 testing.

The misleading article had claimed that the announcement was made by Acting Chief Education Officer (CEO) Connie E. George at a meeting with education stakeholders, including school principals on June 9, 2021.

Premier and Minister of Finance, Hon Andrew A. Fahie (R1), who had also stated that the government had no intentions of making vaccination mandatory in the VI, had quickly debunked the erroneous report.

Further, the Acting CEO Mrs George had told our newsroom the article was false as she never said what 284 Media had reported.

"[I] made no such statement," Mrs George declared.