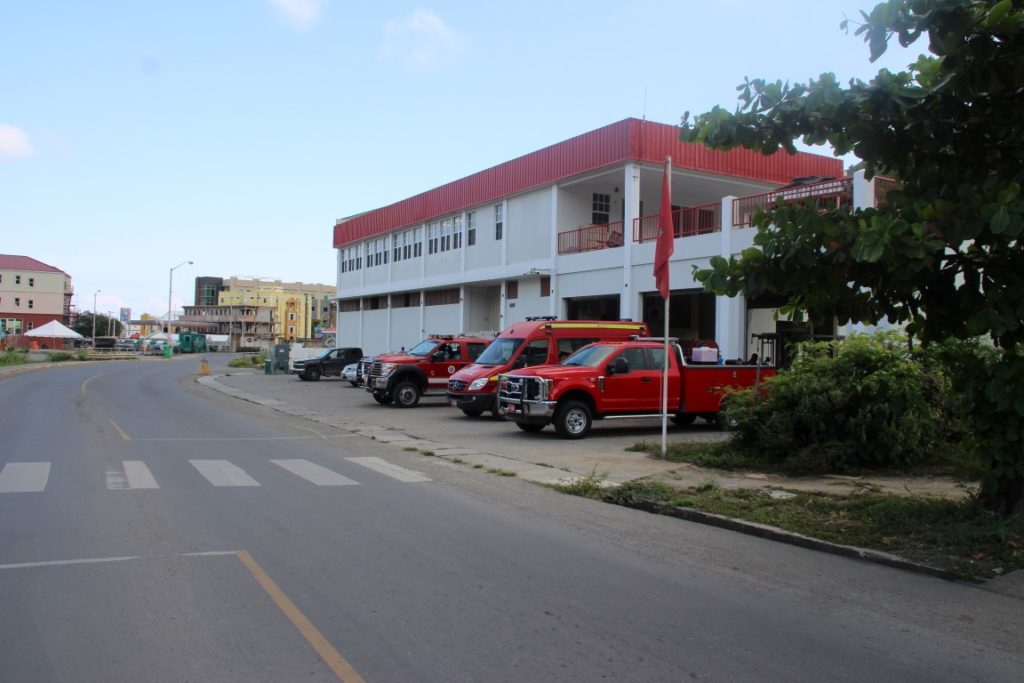 The government today signed a contract valuing some $332,000 for the renovation of the ground floor of Fire & Rescue Services Headquarters in Road Town, Tortola.
The building was damaged by the 2017 hurricanes, Irma and Maria.

Premier Andrew Fahie said the previous NDP administration had repaired the roof and office spaces of the building. But Premier Fahie said his administration is undertaking the repair project because of the important role fire officers play in the territory.

“Our fire officers have faced many large fires including Port Purcell Market, Pussers Rum Factory, Spaghetti Junction, insinuator, BVI Electricity Corporation Pockwood Pond, derelict vehicles at Sea Cow’s Bay, the gas explosion at French Man’s Cay and just recently [one] at a large field in paraquita Bay. Fire officers are our heroes. they provide immediate backup and oftentimes with their fast actions taken many can say that major disasters have been averted once calls are received timely,” Premier Fahie said.

Works Minister Kye Rymer who has portfolio responsibility for the public buildings said more repair works will be carried out after the current contract is completed.

“There’s still a lot more to be done. I can assure you that after phase two [of the contract] that we are signing here today, that we will work to remedy this area. We realize that this building was built about 30 years ago and it went through a lot of hurricanes and earthquakes so we understand the importance,” Rymer stared.