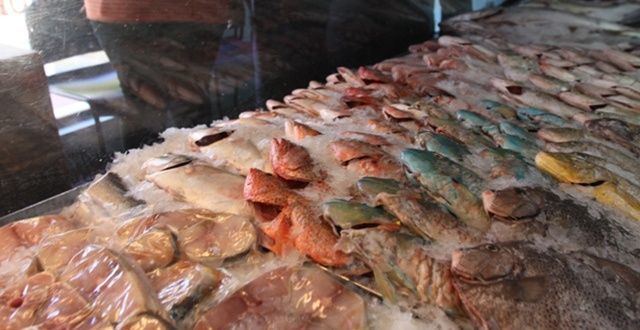 The government has pointed to the high demand for assistance from the fishing and farming sectors which saw COVID-19 stimulus grant funds being redirected to those sectors.

Initially, the Government had announced that $2M of the $40M grant from the Social Security Board (SSB) was allocated for the two sectors, but new information has emerged that the actual monies paid out has topped $6 million with more payments expected to be undertaken.

All of this as the Government tries to defend against what appears to be a leaked document that lists several names of farmers and fisherfolk who have allegedly received stimulus funding or identified to receive it. While the Government has said that the list has discrepancies, it has not stopped persons from raising questions as to why some persons, who are not recognized as farmers and fisherfolk, received stimulus funding.

While not providing specific names, Premier and Minister of Finance, Hon. Andrew Fahie in a prepared statement sought to provide a breakdown of the stimulus funding for all sectors during the House of Assembly today, May 13.

However, Opposition Leader, Hon. Marlon Penn was swift to question the total amounts distributed for fishing and farming.

Hon. Penn said when he first questioned the Premier during a previous sitting of the House on the monies distributed to the two sectors, the Premier revealed that the amount was $4.9 million.

“I just added up the numbers that the Premier called out in his statement, and it came up to $6.1 million,” Hon. Penn said on a point of order.

He added, “Just for accuracy and completion, I think we should provide that information to the House to ensure that there is no inconsistencies, Mr. Speaker, in terms of the answer that was given in the House versus the statement that the Premier just made.”

“I told him then and I am saying now, the grants, there are still some of them being processed, it has not been completed, so it is not inaccurate, it is to date.”

The Premier added, “The original statement said we allocated $2 million and I stated in the statement in the first instance, but because of the high demand for that sector we did not ask for any more money, what we did is we restructured in terms of the allocations in different areas to accommodate the higher demands in particularly the business sector and the fishing and farming sector. We had to make some other allocations in some other areas that did not require as much money and put it towards these. So we did not look for a dime more from Social Security, nor did we look for a dime more from anywhere else. So I just want to make it clear that it is not inaccurate, and when all the grants are finished, we will be able to give the final tally, but this is ongoing, and it is being audited as we go.”

Seemingly unsatisfied with the Premier’s response, Hon. Penn said, “The House and the people still need to know the difference and the variance, so if it is required that another question comes up in this House, then that will happen. But if not, we would like to get that information.”

It was then that Premier Fahie stated that he did not want the Opposition Leader’s statements to make the people of the Virgin Islands think that we are hiding anything.

“I don’t know how much clearer I could make it. We are glad to answer any question that is allowed by this honorable House. But I want to make it clear to the people of the Virgin Islands that there is nothing here to hide; there is nothing ambiguous about it,” Hon. Fahie stated.

Commenting on the aforementioned stimulus figures, “Please note that districts One, Two and Nine experienced the highest total amount disbursed to farmers. This stands to reasons as all are districts where all farmers are most prevalent, not that they are most prevalent in other areas.”

For the fisherfolk, he said: “Districts Nine, One, Eight and Two experienced the highest total amounts disbursed to fisherfolks. This is due to the high number of fisherfolks in each of these districts.”