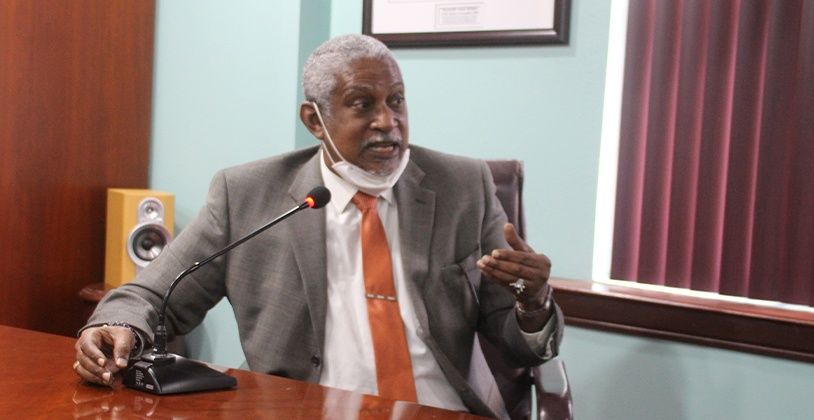 A Matter For DPP If CoI Trio Will Be Criminally Charged

Attorney at Silk Legal, Mr. Richard Rowe, said the buck stops with the Director of Public Prosecutions (DPP) Mrs. Tiffany Scatliffe-Esprit on whether criminal charges will be brought against the Commission of Inquiry (CoI) trio accused of practising law illegally in the territory.
Lawyers Bilal Rawat, Andrew King and Rhea Harrikissoon – had reportedly not been called to the BVI Bar before they undertook legal work to assist the CoI’s Commissioner Sir Gary Hickinbottom in the territory.

As such, an injunction preventing them from further serving on the CoI has been filed by Speaker of the House of Assembly Hon. Julian Willock until the judge issues a ruling in October.

This latest move follows an objection filed by the Speaker and his deputy, Hon. Neville Smith for the three lawyers to be prevented from being admitted to the BVI Bar because they argued that they have been practising illegally in the territory.

Addressing the issue via a press conference recently, Attorney Rowe said: “If it is that you are required to be called to the bar to practice law in the Virgin Islands, here it is we have discovered that these persons have not been called to the bar and they are awaiting a decision in October on if they will be allowed to be called to the bar, what we are saying it, therefore, follows logically that for that period from whenever the CoI resumes to when a decision is made, they should not be allowed [to practice law].”

He argued that the CoI could solicit the expertise of other counsel, who would then utilize the proper channel of being called to the BVI Bar first because “these three persons who, as we are concerned, committed criminal actions, because it’s a crime.”

Attorney Rowe was then questioned on whether he felt criminal charges should be brought against them.

“It’s a matter for the DPP. I wrote her about it as soon as we discovered, I cannot indicate what her answer is,” was his response.

In the meantime, Speaker of the House of Assembly Hon. Willock said that the CoI should lead by example.

“All we are saying is that if you are coming to tell us you are violating the Register of Interest Act, you are violating this, you are violating that, you ought to yourself, set some sort of example that you have an interest in the rule of law because Her Majesty’s Prison is filled with young men and women who have broken the law of this territory, some of them are innocent, they are waiting on their trial, but those who have been tried and found guilty are in prison, so we cannot have in the BVI a judicial system for us, and one for them,” he said.

He expressed that it was a ‘contradiction’ that the CoI was preaching about good governance and transparency, and they are not following their own advice.
#Commission of Inquiry  #the Virgin Islands  #Hickinbottom  #CoI
Add Comment