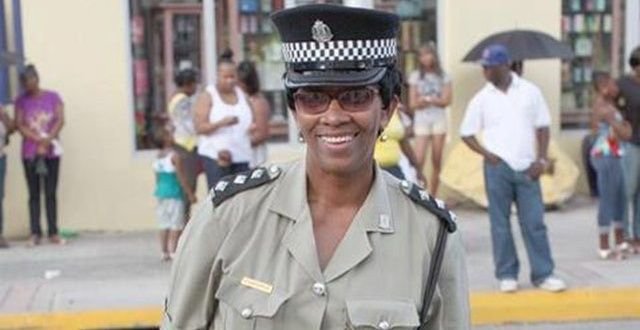 Government consultant and Talk Show Host, Claude Skelton Cline, is batting for Virgin Gorda native, Superintendent of Police Jacqueline ‘Jackie’ Vanterpool to be given a shot at the post of Commissioner of the Royal Virgin Islands Police Force (RVIPF).

Vanterpool, a BVIslander in 2016 created history when she became the first female superintendent of the RVIPF. She is now in line to become the first woman to serve in the top spot. She served as an Acting Chief Inspector responsible for Virgin Gorda and Anegada districts.

Speaking on his Honestly Speaking radio programme on Tuesday, October 6, 2020, he said it was time for a woman at the helm of that organization.

“Now I know the Commissioner’s contract is coming up; I think he told me February or March next year and I am publicly saying for that post… we need a local in that post. We need someone like Jackie Vanterpool in that post,” he said.

He continued: “We live in a very patriarchal male-driven, chauvinistic society. In every aspect of our lives, it's true in our churches, when you look at police forces throughout the world, a lot of men. We have been trained not to have any women over us, to supervise us. It is time to have a qualified person who happens to be a woman in that post. Not in the post because she is a woman, but in the post because she is qualified. I am not in favour of another Commissioner from the United Kingdom.”

The present Commissioner, Mr. Michael Matthews, is a UK national. Recently, even Premier Andrew Fahie said the Commissioner of Police advertisement was titled for a UK applicant.

His comments were made on the backdrop that the Police Welfare Association (PWA) is reportedly disgruntled that the locals and expats from the region are not being given a chance to take up the top posts.

“That’s is quite an indictment on the force if that is true! How is it possible that we have so many officers and none of them qualified for any of these posts? Then there needs to be a change in the hierarchy, in Human Resources,” he remarked.

He added, “What is it that has happened in the RVIPF that locals including those from the region are not getting the kind of training that is necessary that qualifies them for the posts that are being offered in this case. So here we are going to import six or seven detectives they are saying more than likely out of the UK where we and our tax payer’s dollars will foot the bill for all of this to happen, and then they come with the notion that one, it's temporary, and they will leave the skill set. That’s the story all the time, and it never comes to fruition.”

Skelton Cline stated that 'Our people' have a right to earn a living in their own country.

"They have a right to have a fair shake, an equitable share to these posts,” he stated.