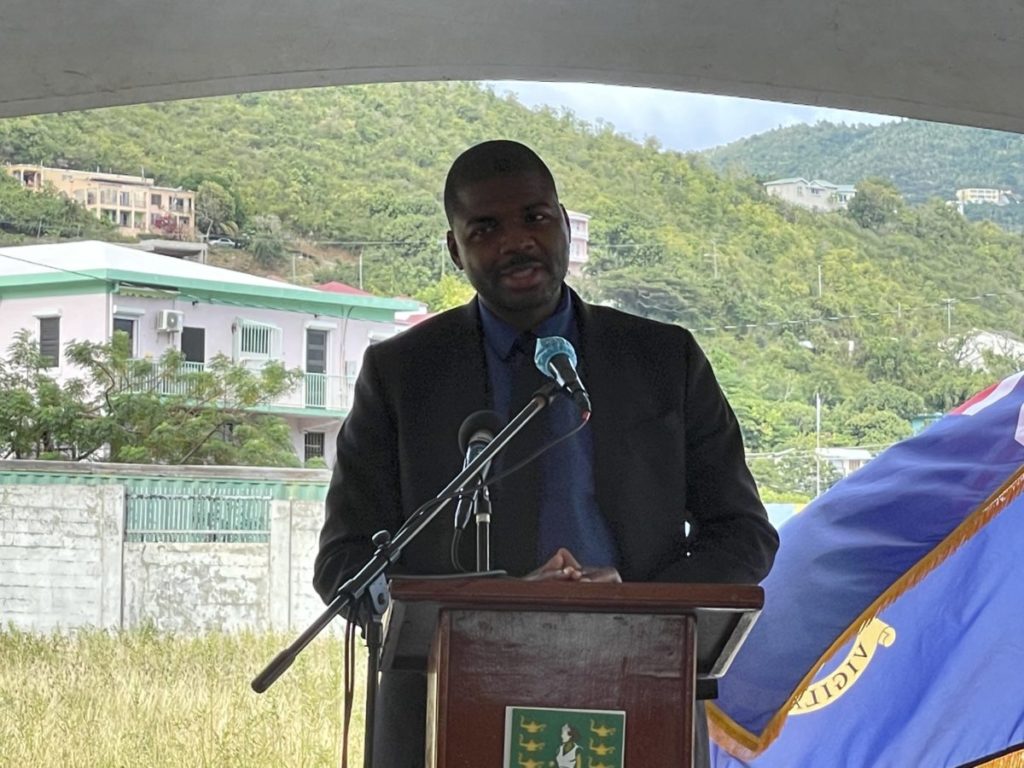 Advancement in education a sign BVI locals can control own affairs

Minister of Education Dr Natalio Wheatley said the advancement of education in the territory is an indication that local representatives of the Virgin Islands can be in control of their own affairs.
Speaking at the groundbreaking and contract signing ceremony for the redevelopment of the Elmore Stoutt High School (ESHS) campus, Dr Wheatley said it took local representatives, including H Lavity Stoutt and other ministers, to bring comprehensive education to everyone in the territory.

“You have to ask yourself why before we had our own ministers of government, we never had the opportunity to have comprehensive education,” Dr Wheatley said.

“You know as well as I know that before the late great Lavity Stoutt and other ministers came to government with their ministerial authority that a lot of things were not happening for us but when they took the helm and they had the opportunity to exercise their ministerial authority you saw buildings being built, schools being built, from east to west, from Anegada to Jost Van Dyke,” the education minister continued.

He noted that people should reflect on that whenever someone suggests that the Virgin Islands is better off when local representatives are not in control of the territory’s affairs.

“In 1968, he introduced comprehensive education. That means all the time before only a handful of individuals had the opportunity to get secondary education. It was not a right extended to all the people of the Virgin Islands,” the minister said.

“You would have to ask yourself why in the existence of the Virgin Islands we had not had the opportunity to not have comprehensive education before that. I want you to reflect on that,” he continued.

Dr Wheatley also said he wants to leave a legacy that he contributed to education in the territory by bringing home the students from the makeshift ESHS Pasea Estate campus and back to the original Lower Estate Campus.
#the Virgin Islands
Add Comment