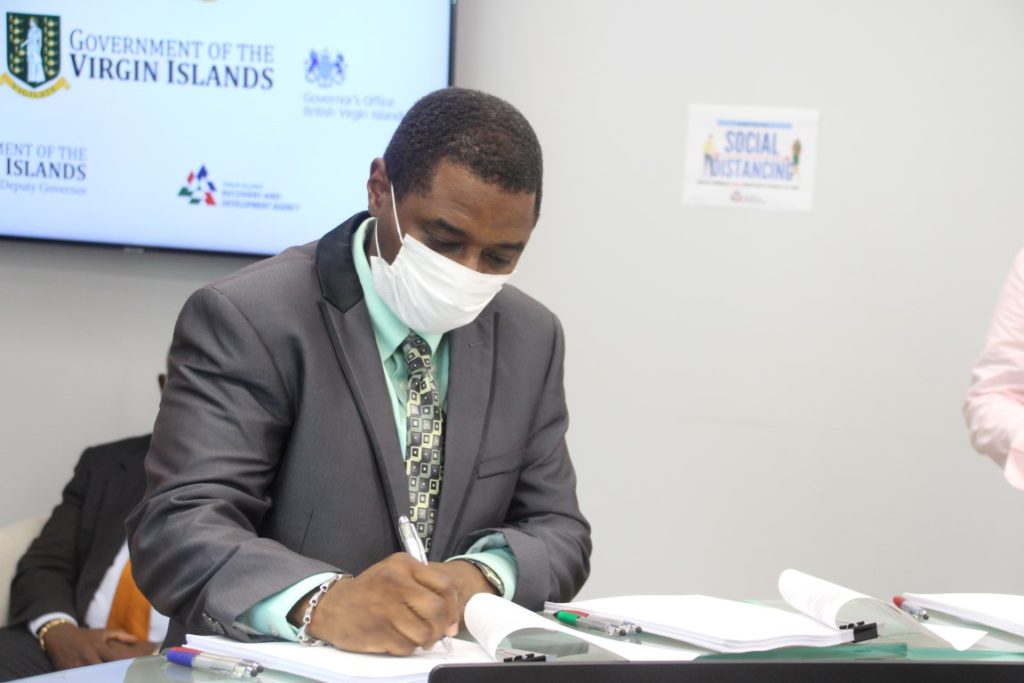 The Attorney General’s residence is slated to undergo major rehabilitation works after the Recovery and Development Agency (RDA) awarded a local construction company more than $300,000 to have the works completed by July 2021.

The Attorney General’s quarters had previously sustained significant damage due to hurricanes Irma and Maria in 2017. It mostly affected the roofing of the building. However, constant exposure to the natural elements caused further damage to the facility.

According to the RDA, the scope of works expected to be completed will include “a full replacement of the roof and structural elements, windows, doors, drywall, new kitchen cabinetry, closets, electrical, plumbing, air condition and exterior works”.

Premier Andrew Fahie said he was pleased to allocate the necessary funding in the 2021 budget to have the AG’s residence finally completed.

In the meantime, the RDA also signed another contract for the installation of a Solar Facility for the Leonora Delville Primary School valued at $40,748.00.

Amandla Engineering was the recipient of that contract, which was signed to so renewable energy can be used to power the school.

This is expected to lower the institution’s energy bill and ensure a resilient community facility that will supply power in times of crisis.