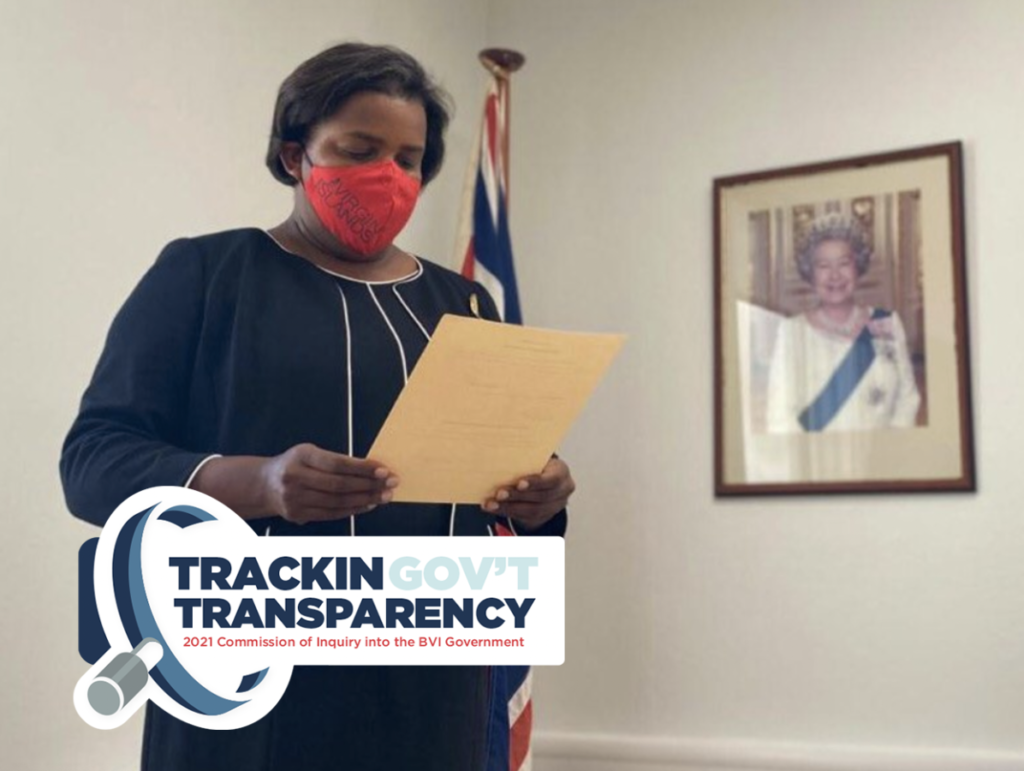 Attorney General (AG) Dawn Smith has belatedly requested for several documents submitted to the Commission of Inquiry (COI) months ago to now be redacted, though they’re already fully available online.

The request has been made in the interest of national security the COI was told recently.

According to COI attorney, Bilal Rawat, among the documents the AG is requesting for redaction are Cabinet and National Security Council (NSC) papers — several of which were previously discussed in open hearings before the COI.

Rawat said redaction is also being sought for matters relating to questions previously put to heads of the Joint Task Force (JTF) about EZ Shipping and the purchase of radar barge services.

However, the COI attorney noted that those matters were raised during private hearings. He added that any security concerns were fully ventilated at that time.

Rawat argued that the AG was given time to consider the transcripts of the closed-door hearings and seek any redactions she wanted; including for national security reasons.

It was after this consideration, he said, the hearings transcripts were then published, adding that those documents have been on the COI’s website for some considerable time now.

The COI attorney suggested there appears to be a lack of coherence on the AG’s part. “The left hand is not speaking to the right,” he stated.

Meanwhile, attorney Hussein Haeri, who appeared on behalf of the AG, argued that the National Security Council (NSC) documents are highly confidential and sensitive and said this is the reason for a request for the redaction of the material.

According to Haeri, the confidentiality of the documents is a particular type of Public Interest Immunity (PII) that the COI should consider. He said the relevance of the material to the COI was also an issue to be considered.

Rawat then told Haeri: “It comes down to this: We cannot accept the redactions that are being sought because there is no coherence to them. And if PII is being asserted, we really must stop just running around with the phrase. The time has come to make a proper application.”

After listening to the arguments, Inquiry Commissioner, Sir Gary Hickinbottom then ruled that the application for redactions must be properly made by 4 pm today so they can be heard before the COI by next Monday, September 13.