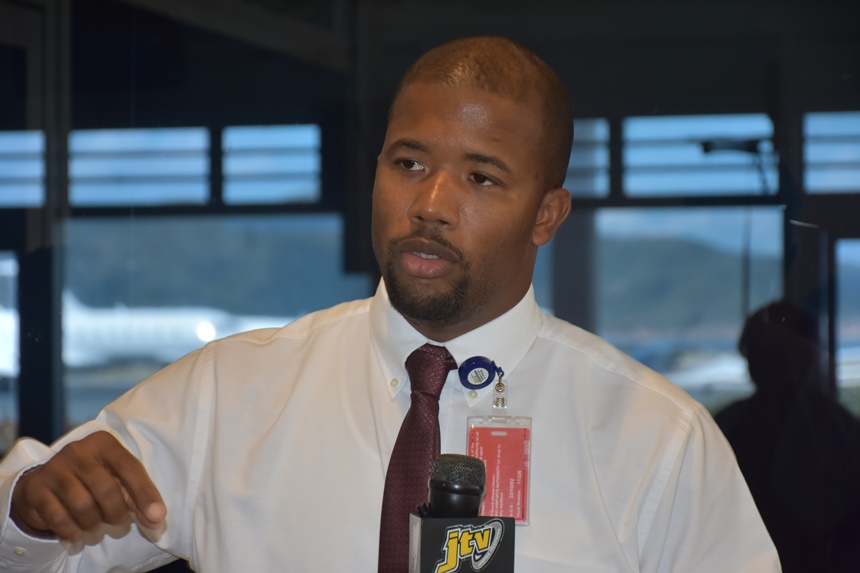 Managing Director of the BVI Airport Authority (BVIAA), Clive Smith, was issued a stern rebuke on Monday after failing to properly fill out and submit requested documents for the Commission of Inquiry (COI).

COI attorney, Bilal Rawat, told Smith there was a tranche of documents that he ought to have submitted in response to the COI’s request.

Smith told the COI that his failure to properly complete the affidavit was because he had been rushing to get the documents submitted in time for the COI’s deadline.

The BVIAA boss further told the COI he only realised certain documents were left out after the fact.

As for the documents Smith did send, he included a statement invoking ‘privilege’. This is a fundamental legal right that allows persons to resist sharing confidential or sensitive information.

When questioned by Rawat about the privilege he asserted in his submissions, Smith was unclear about the reference and could not properly explain the premise on which he made that declaration. It was later discovered that the document on which he asserted privilege was given to him and Smith told the COI he did not seek to find out what it meant.

But the COI’s Commissioner, Sir Gary Hickinbottom, was not content to accept Smith’s responses.

And as far as the COI was concerned, Sir Gary said Smith’s submissions were really unhelpful, especially in light of the strict timetable it was facing.

Sir Gary encouraged Smith to seek advice from attorneys available to the BVIAA board or any other that might be necessary to assist him in preparing the affidavit.

Smith was then directed to prepare a full affidavit within seven days in accordance with the initial request that was sent to him through the Chairman of the Airports Authority board on June 14.