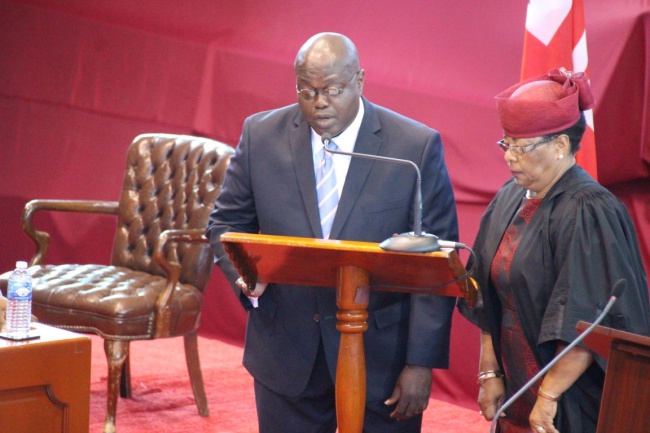 All HOA members cooperating with COI despite ‘misleading reports’

Speaker of the House of Assembly Julian Willock has unequivocally stated that all 15 members of the House of Assembly (HOA) have been cooperating fully with the Commission of Inquiry (COI).
Willock made that public statement in a release on Friday amid what he said are misleading media reports that are “inconsistent with facts as it relates to the members of the HOA’s cooperation”.

Just last month, the Commission reported that it had invited ministers and other public officials including HOA members to make “voluntary disclosure to the COI”. However, at the time of its mid-May statement, the COI said HOA members “have made no representations” to Commissioner Sir Gary Hickinbottom.

But, Willock’s press statement Friday said, “from the onset that the entire HOA has pledged to cooperate”.

Among other things, he said this cooperation is evidenced by the House’s recent move to amend the Register of Interests Act to allow the Commission of Inquiry to have access.

He further said another demonstration of cooperation is that at least three HOA members — including Premier Andrew Fahie and Labour Minister Vincent Wheatley — recently appeared before the COI to answer questions. He said other members of the House have been recently summoned to appear and he is “sure members will cooperate as far as practical”.

The Fahie administration has supplied more than 85,000 documents to the COI to date.
#CoI  #Hickinbottom  #Commission of Inquiry  #Fahie
Add Comment