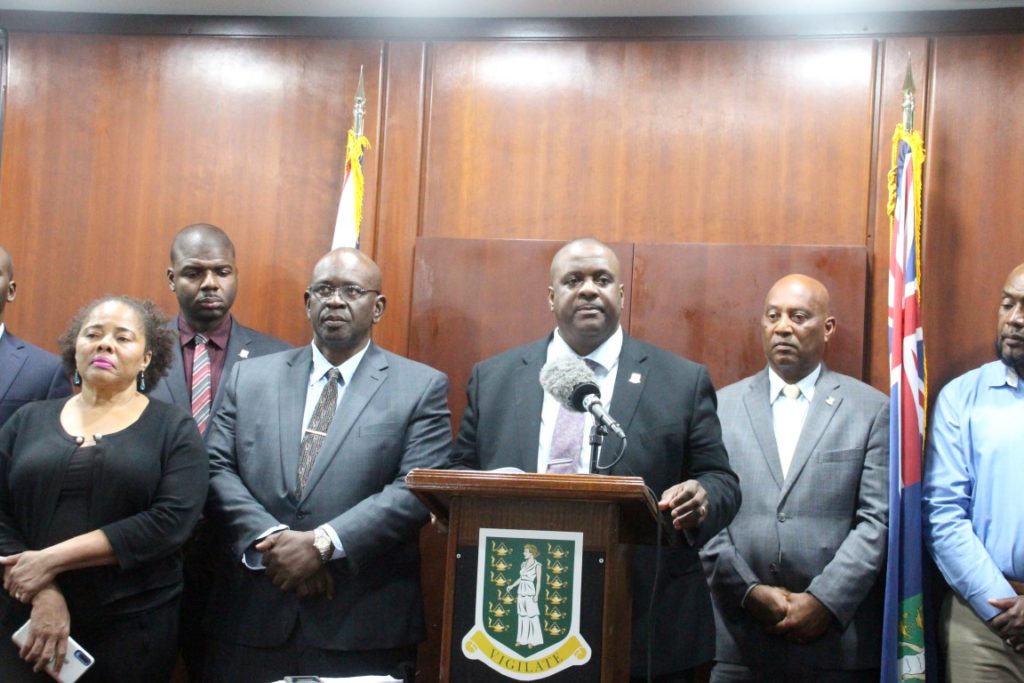 As of Thursday, March 19, all educational institutions are mandated to close for the next two weeks, Premier Andrew Fahie has said.

Addressing the nation on the plans and programmes being taken by his administration towards the Novel Coronavirus, the Premier said via a live news conference on Tuesday that the decision was not made in isolation.

He said: “Cabinet agreed that all private and public schools, pre-schools, daycare centres and extra-curricular activities are mandated to close with effect from Thursday, 19th March 2020 for 14 days, in the first instance.”

“The Minister of Education will be making a speech on that on Thursday, but he is meeting with the Permanent Secretary, the Chief Education Officer, making sure that they put everything in place,” the Premier added.

Premier Fahie said, while there may be inconveniences from the decision, “his government believes “it is better to be safe than sorry”.

His announcement came one day after the Leader of the Opposition, Marlon Penn issued a call to the government to close all schools for the next 30 to 60 days.

Operating within the law

The Premier further said that all of the actions of the government are being guided by the law, international protocols and international best practice.

“In particular, we are being guided by the provisions of the Public Health Ordinance, the Quarantine Act and the Infectious Diseases (Notification) Act — all of which are designed to treat with circumstances such as these,” Fahie stated

He continued: “Other major decisions and announcements to strengthen our ongoing efforts for prevention will be taken as the necessity arises, and this will be done in accordance with the international protocols and based on the advice from the technical officers. As promised, we will keep you updated!
Add Comment