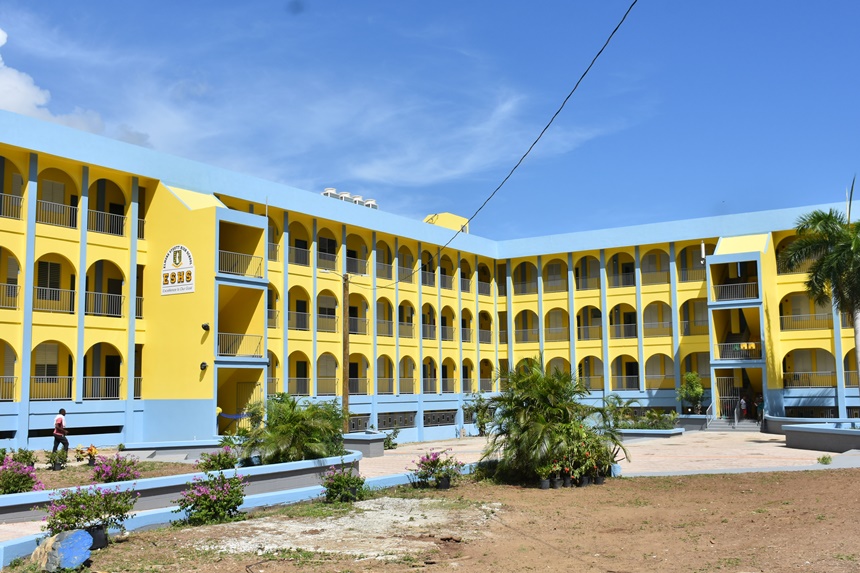 All still not well, refurbished schools in need of better furniture, etc - Turnbull

A section of the school’s Road Town campus was reopened last September after sustaining major infrastructural damage during the category-five hurricanes of 2017.

Addressing residents of Spooner’s on Tuesday, Turnbull said: “Yes, it (the building) was opened. But just look beyond the Facebook posts and you will realize that the same old furniture is there and nothing much has changed except the exterior and some of the interior of the building.”

Turnbull’s comments were made while lamenting that the newly rebuilt Enis Adams Primary School in his Second District constituency is already showing signs of deterioration due to old furniture.

“I don’t care to be popular. My ‘shame box’ broke when I was seven years old so it doesn’t matter to me. But, what I will not do is settle for the excuses that we have,” said Turnbull, who is the representative of the Second Electoral District.

Gov’t made responsible for furnishings, etc

The Opposition legislator pointed out that the Government of the Virgin Islands was tasked to play a certain part in bringing the school to completion after former majority owner of RoadTown Wholesale Ltd, Peter Haycraft, donated $2 million for Enis Adams Primary’s rehabilitation.

He said government was responsible for furnishing and completing the school’s science laboratory, the library, the playground, the schoolyard, etcetera.

“We have a lovely looking school but it is not finished and it is supposed to be finished by the Ministry [of Education]. They finally received some of the furniture for the school, they have the desks, but they still have the old chairs. Old chairs on a polished floor and if you go into some of the classrooms, you will see all the paint and polish is already off,” he added.

Turnbull further said the school may very well need to be renovated again if it is not maintained and does not receive the new furniture.

Enis Adams Primary was reopened in September of last year after being rebuilt by Haycraft after the onslaught of hurricanes Irma and Maria.
Add Comment