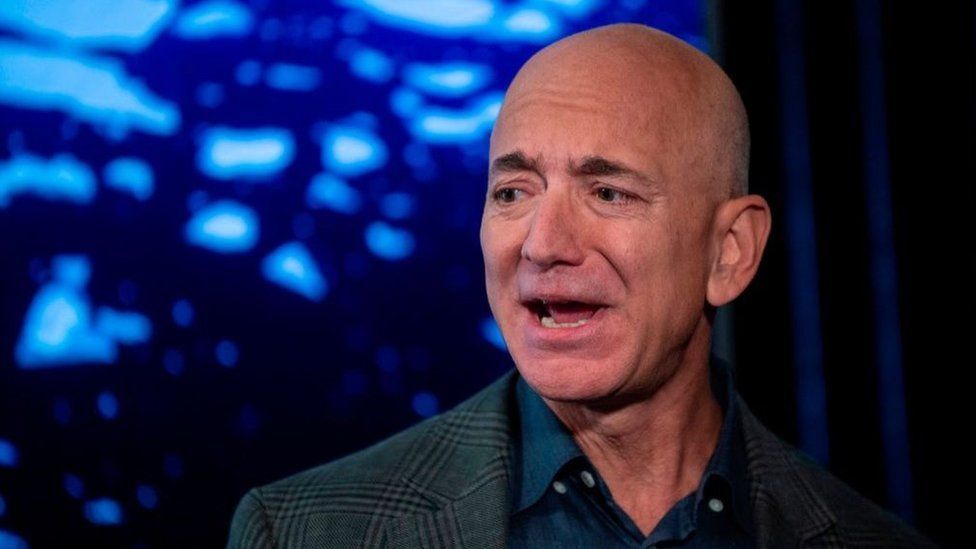 Amazon vs Reliance: Why are two of the world's richest men in court?

A tussle over an Indian grocery company has pitted the world’s largest e-commerce business Amazon against India’s largest company Reliance.

The companies are at odds because they both made separate deals with the same Indian retailer - Future Group.

Analysts say the legal battle, in which an American behemoth is facing off against a local hero with a home field advantage, could shape the growth of e-commerce in India for years to come.

“I think this is massive. Amazon has never seen this kind of rival in any of their markets,” Satish Meena, a senior forecast analyst from the consultancy Forrester, told the BBC.

Amazon made its founder Jeff Bezos the world’s richest man (although he no longer holds the title) and the company has transformed retail globally. But Reliance Chief Executive Mukesh Ambani - who is India’s richest man - also has a history as a disrupter.

Industry analysts think his retail plans will pose a challenge to Amazon, and to Walmart-owned Flipkart too.

Amazon has been aggressively expanding its presence in India, where it hopes to cash in on a growing e-commerce market. Reliance also has plans to expand both its e-commerce and its grocery business.

What is the battle over Future Group?

Future Group recently made a deal to sell $3.4bn worth of retail assets to Reliance Industries earlier this year.

Since 2019, Amazon has owned a 49% stake in Future Coupons, which gives it an indirect ownership stake in Future Retail. Amazon argues that as a part of that purchase, Future Group was prevented from selling to a select group of Indian companies, including Reliance. 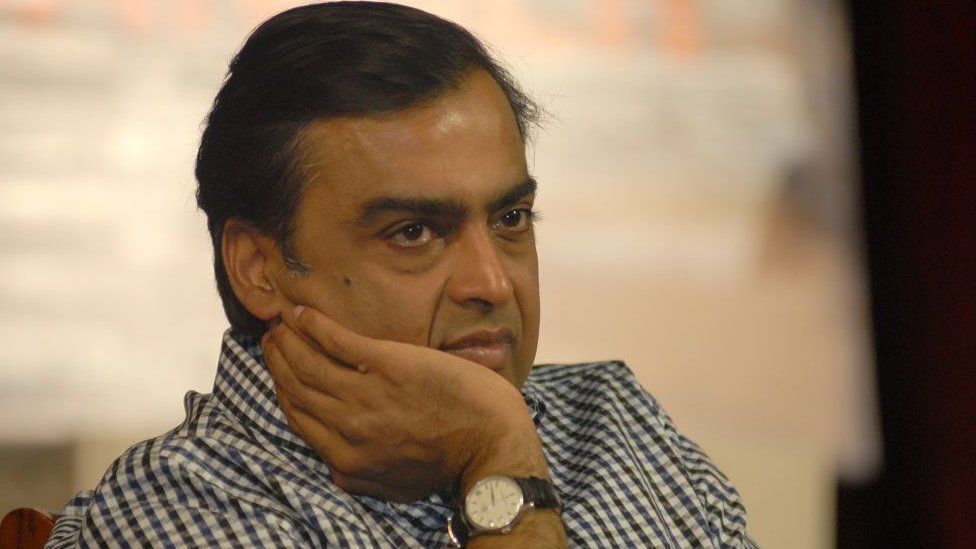 Future Retail, which is a predominantly a bricks and mortar business, was hit hard by the pandemic, and contends that its deal with Reliance is essential to keeping the company afloat.

The most recent round in court went to Future Group. Last Monday, The Delhi high court reversed a decision from a week earlier that put the sale on hold.

If Reliance’s purchase is allowed to proceed, it would give its retail arm access to over 1,800 stores in more than 420 cities in India, as well as Future Group’s wholesale business and logistics arm.

“Reliance is a player which has the money, which has the influence which is required in this market. They don’t have the expertise to do e-commerce,” said Mr Meena.

If Amazon succeeds, it may gain the upper hand, slowing a key competitor’s plans to push into e-commerce.

This high-octane tussle between two of the world's richest men is an indication of how high the stakes are for Mr Bezos and Mr Ambani in a market often described as the last growth frontier. It is also evidence of how tough it is becoming for foreign players to do business in India.

Amazon is only the latest in a list of high profile foreign companies unable to get their Indian partners to comply with emergency orders from overseas arbitrators, and to face flip-flops from the local courts. India recently lost two major international arbitration awards in tax dispute cases against Cairn Energy Plc and telecoms major Vodafone, and has challenged the ruling against the latter. 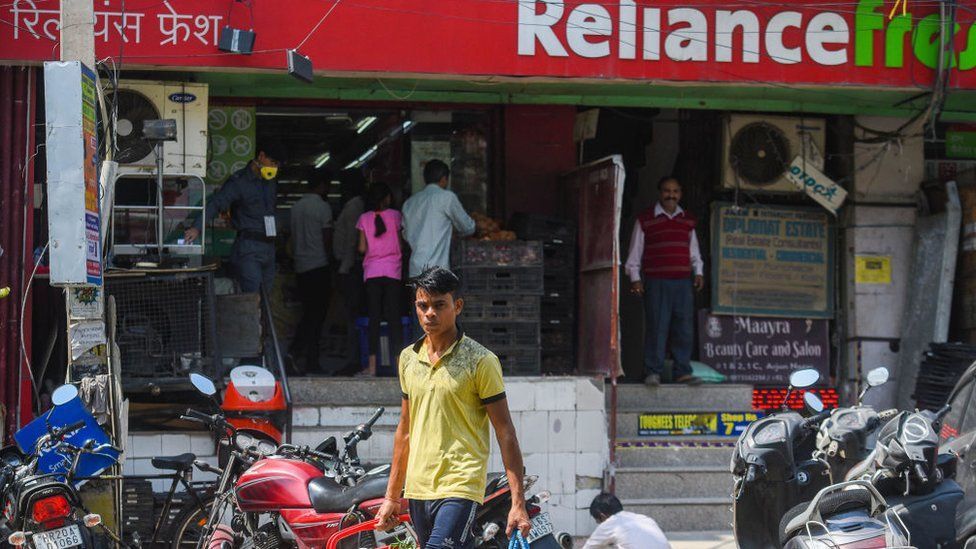 "There is no doubt that foreign investors will view this situation, and similar such occurrences with dismay. The decision will send a negative signal on India being a reliable place in which to invest and do business," Rupa Subramanya, a Distinguished Fellow at the Asia Pacific Foundation of Canada, told the BBC.

Amazon is unlikely to give up without a fight though, and not least because the acquisition would give Reliance what analysts have termed an "unparalleled advantage".

But pitted against a home player like Reliance, the playing field is already uneven for Amazon. Government rules prohibit foreign e-commerce companies from keeping their own inventory or selling private labels directly to consumers - widely seen as a protectionist policy that favours local retailers. Amazon has also been facing increasing pushback via tighter norms on data use and growing calls for self-reliance by India's prime minister Narendra Modi.

Eyes on the prize

Amazon and Reliance are willing to fight over the Indian market because of its unparalleled potential for growth.

“There’s no other market after the US and China that gives them this type of opportunity,” Mr Meena said.

India’s retail sector is worth about $850bn, said Mr Meena, but at the moment only a small fraction of that is e-commerce. But Forrester tips the Indian market to grow at 25.8% a year to reach $85bn by 2023.

As a result, e-commerce is becoming an increasingly crowded and competitive market. In addition to Amazon, WalMart has partnered with home-grown e-commerce brand FlipKart. Even Facebook has become involved, paying $5.7bn for a 9.9% stake in Jio Platforms, owned by Reliance Industries.

Groceries are the biggest prize in retail in India, because they account for about half of all spending there. Currently, it is typically non-perishable items such as smartphones that dominate e-commerce.

But the pandemic accelerated the shift towards e-commerce for groceries, in part because India had one of the strictest lockdowns.

“People got stuck at home. So more and more had to start using online services,” said business consultancy AT Kearney’s head of Consumer and Retail for Asia Himanshu Bajaj.

“Grocery is becoming a major battleground, and with Covid even more so,” he said.