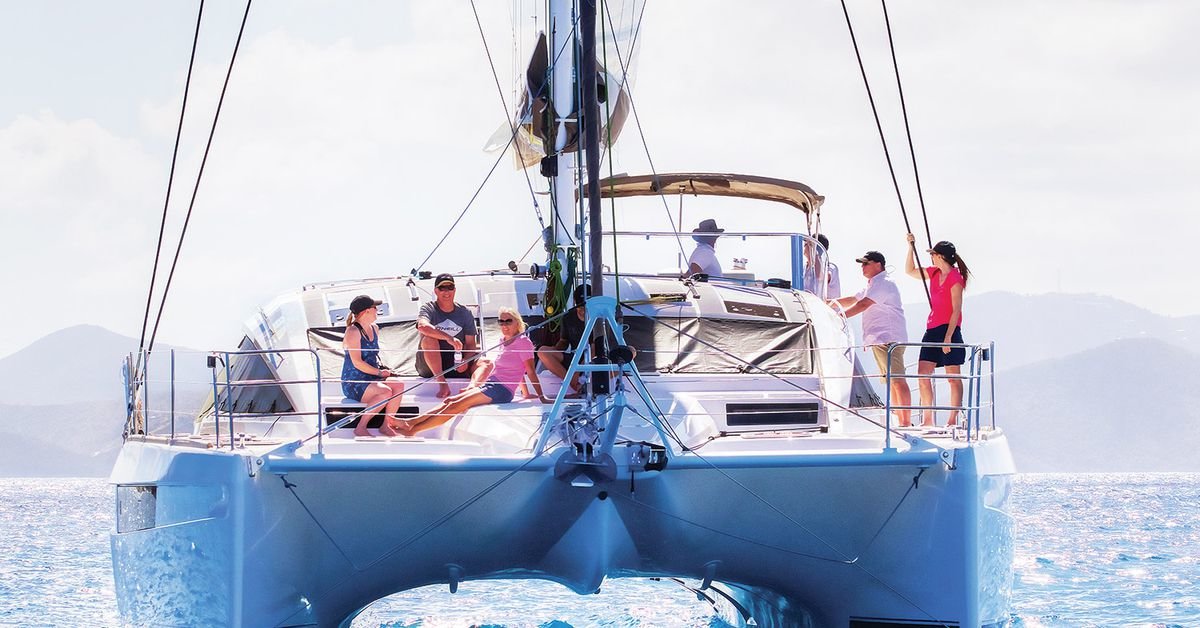 An Education in Cats

The first Privilege University, a three-day program for new and potential owners of Privilege Catamarans, took place in April 2019 in the British Virgin Islands.

The dream of living aboard a catamaran and cruising is an easy one to picture - sharing sundowners with friends in a spacious cockpit, sprightly sails through the islands, sleeping quarters in separate hulls - but the steps of making this happen? That's a bit more complicated.

In early April 2019, I had the opportunity to meet several couples who were just at the cusp of making this dream their reality. They were in the British Virgin Islands by invitation to attend Privilege Academy, an orientation program designed for new and prospective owners of Privilege Catamarans to teach them the ins and outs of cruising on a cat. Trainees paid their travel expenses but "tuition" was complimentary. With just three days for class, there was going to be a lot to cover.

Privilege Academy is hosted by Vacances Sous Voiles (VSV), a yacht-management and charter company and the North American dealer for Privilege Catamarans. VSV is based in Montreal, Canada, and the company's charter base is located at the Nanny Cay Marina in the BVI—our "campus" for the Academy. In the days leading up to the event, I was certainly anticipating some warm Caribbean weather, but what I was really looking forward to was meeting the attendees. What was their sailing experience and what are their cruising plans? What made them decide on a catamaran? Were they apprehensive about anything? These were the questions rattling around my brain as I made my way from Rhode Island to Tortola to meet with marine-industry veteran and Privilege Catamaran's North American sales rep, Rob Poirier, before the Academy started the next day.

“My goal for this program is to take the stress out of delivery day and make the first year of ownership as painless as possible,” Rob said. “The more people know about their boat, the more they enjoy it.” He plans to offer this course a couple times a year, or more if needed. During the next three days, the eight guests—students really—would have the opportunity to learn about each system on the boat, explore every locker and compartment, put the cat through its paces on Sir Francis Drake Channel, and even try their hand at docking the 50-foot Privilege 500.