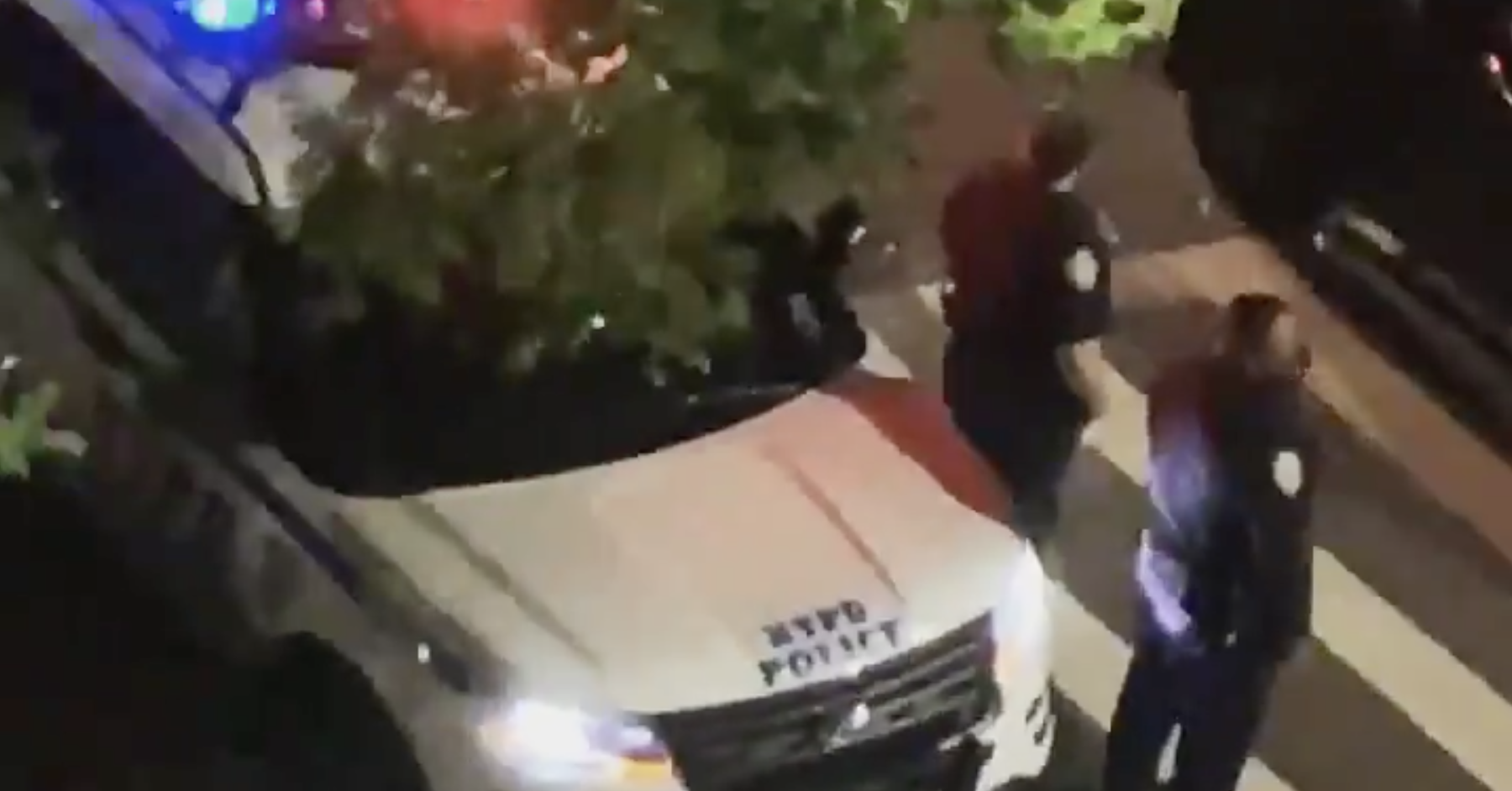 "When you wear our uniform it is imperative to remain apolitical," the NYPD chief said.

A New York police officer was suspended Sunday after he was caught on video repeatedly saying "Trump 2020" on his patrol car's loudspeaker while on duty in a Brooklyn neighborhood.

The New York Police Department (NYPD) did not identify the officer but said that he had been suspended without pay.

"The police officer who is under investigation for using a department vehicle’s loud speaker for political purposes has been suspended, effective immediately," the department said on Sunday afternoon.

"Police officers must remain apolitical," the department said in a tweet.

The NYPD began investigating the incident on Sunday after two videos of the officer were widely shared on Saturday night.

How the NYPD rolling up in Black communities these days (on my block): “Trump 2020. Put it on YouTube. Put it on Facebook...”
Aight MFers... it’s on TWITTER TOO! BI-DEN! 👋🏿😂#Vote #nypdfinest #bidenharris2020 pic.twitter.com/hmXdY8ivbM

NYPD policy prohibits officers from "endorsing political candidates or publicly expressing personal views and opinions concerning the merits of any political party or candidate for public office" while on duty or in uniform.

Talia Jane, an independent journalist, shared another video that was recorded by an unidentified man after he allegedly got into a verbal confrontation with the officer on Saturday night.

NYPD officers in Flatbush were allegedly saying “Trump 2020” over and over again on their patrol car’s speaker tonight.

They stopped when someone started filming but couldn’t resist one more — in violation of the NYPD’s policy against endorsing candidates on duty. pic.twitter.com/BJMv4UCvnd

In a series of tweets, Jane said she interviewed the person who filmed the video and described the moments leading up to the officer saying "Trump 2020."

She said that the person who recorded the video told her that he flipped off the patrol car as it was blocking a crosswalk in Flatbush, prompting one of the officers in the passenger side of the patrol vehicle to yell expletives at him.

The two then began arguing and the officer allegedly flipped him off, Jane said.

Jane said that according to the source, the officer on the driver's side then yelled "Trump 2020" and threatened to arrest him for blocking traffic.

Source who filmed the video says the patrol car was blocking the crosswalk so he flipped it off as he walked past. The passenger side officer yelled expletives at him and they proceeded to exchange words for a few minutes until the cop flipped him off. 1/

On his way back from a bodega, the man exchanged words with the officers again, Jane said. The officer on the driver's side got on the patrol car's speaker to say "Trump 2020," prompting the man to start filming the encounter.

"Trump 2020," the officer says on the cruiser's megaphone.

"Go fuck yourself, you fucking fascist," the man filming the video tells the officer.

That's when the officer repeats "Trump 2020" over the speaker and dares the man to put the video on social media.

"When you wear our uniform it is imperative to remain apolitical," NYPD Chief Terence Monahan said Sunday. "Behavior like this will not be tolerated and will be dealt with," the chief said.

When you wear our uniform it is imperative to remain apolitical.

Behavior like this will not be tolerated and will be dealt with.

An update will be provided to the public.

On Tuesday, a Miami police officer was disciplined after he wore a pro-Trump mask while he was in full uniform and with his gun at an early voting site.

Miami police called the officer's behavior "unacceptable" and said that it was a violation of departmental policy which was "being addressed immediately."

"Wearing one’s police uniform at a voting site while expressing a political opinion may be construed as an official attempt to send a distinct message to potential voters," Miami-Dade State Attorney Katherine Fernandez said in a statement, adding that her office was looking into the incident.