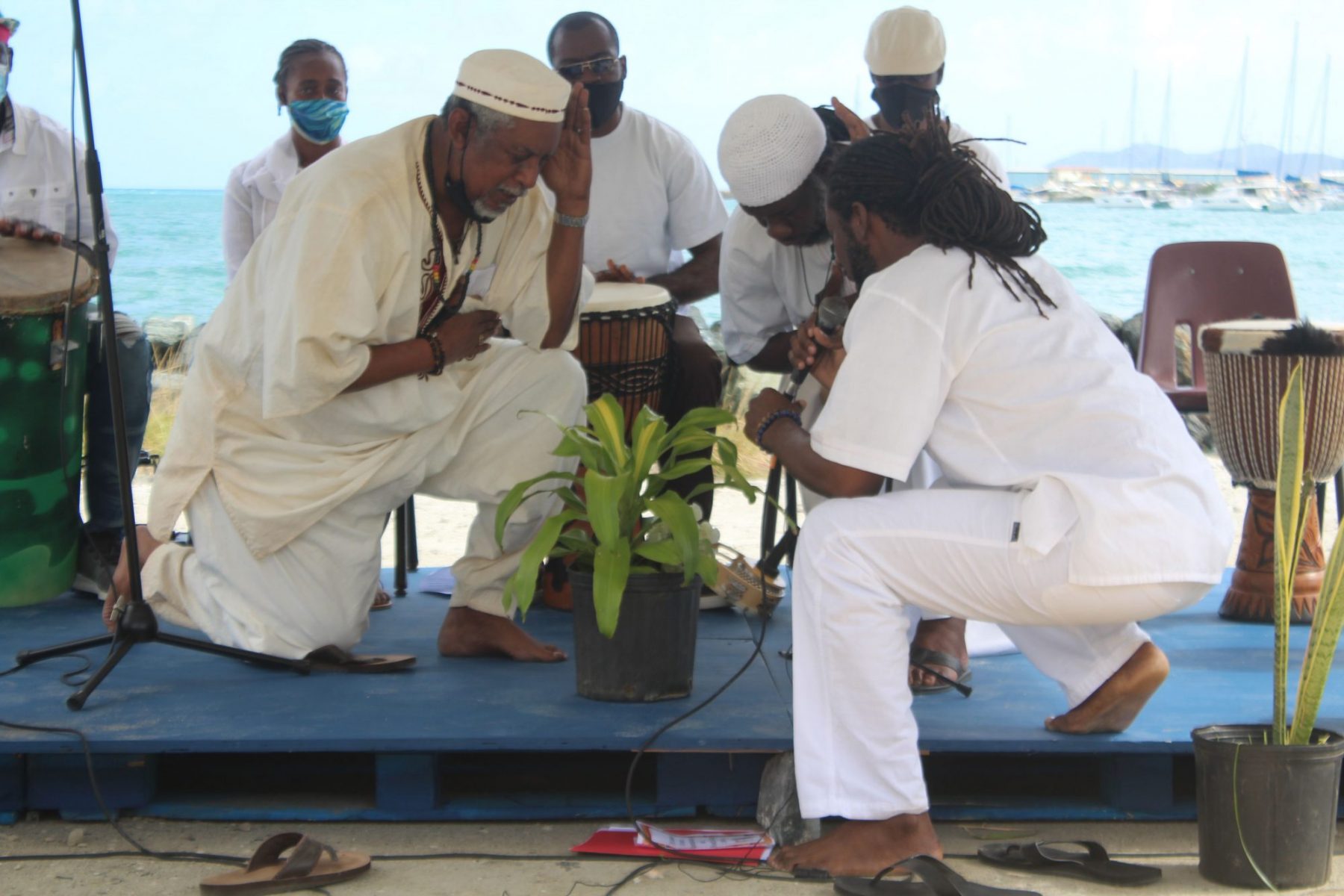 Dozens of people tossed flowers, wreaths and palm leaves into the ocean near the Crafts Alive Village on Sunday in solemn remembrance and hopeful celebration during the 13th annual African Remembrance Wreath Laying Ceremony.

The ceremony, which is hosted each year by the Afrikan Studies Klub, is a tribute to the ancestors of the Virgin Islands who lost their lives in the trans-Atlantic slave trade.

He began the ceremony with other members of the club, kneeling around a plant and chanting while they poured libations.

Gil Trott, a native of Bermuda who has lived in the Virgin Islands since 1973, began tossing wreaths into the sea 12 years ago, always at the beginning of February. Throughout the years, others joined his gesture.

Mr. Christopher welcomed prayers from Rastafarian, Muslim and Christian members of the crowd before proceeding.

“When we cast an eye into the past, we have to be wary that we don’t cast both; that we keep one eye in the present and we are able to find the connections in what is often a cyclical trauma,” he said prior to his reading.

Premier Andrew Fahie spoke next, reminding attendees that history is written and carried “in the blood.”

“Your blood speaks. Your ancestors’ blood is speaking. Listen to it,” he said. “And don’t only listen, but act. This is your call to action.”

At the end of the ceremony, the attendees took flowers and wreaths to the water, tossing them in and sharing hugs with one another.