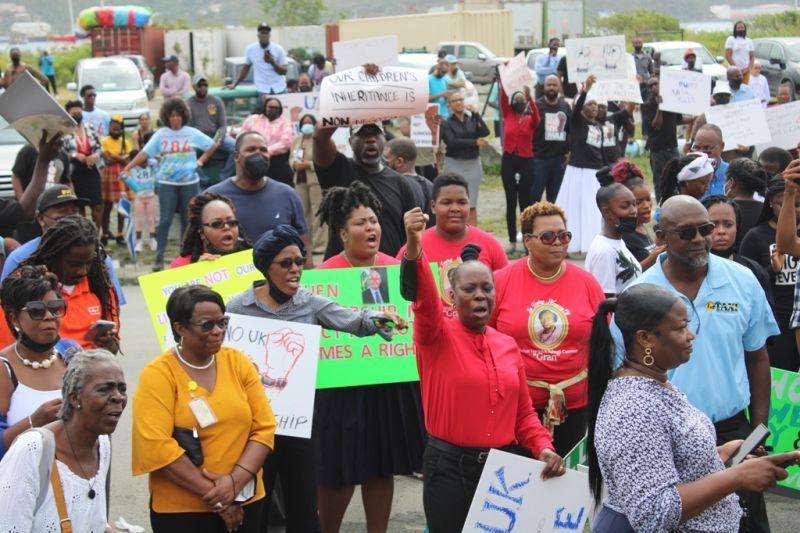 Protesting and advocacy against the Commission of Inquiry (CoI) recommendation to impose United Kingdom (UK) direct rule on the Virgin Islands (VI) as well as suspend the local constitution will continue with another public demonstration outside the Office of the Governor from 4:00 pm on Wednesday, May 11, 2022.

Organised by 'We the People' movement, the advocacy group has warned, “The recommendation is still on the table, our children’s future is at stake. The People of the Virgin Islands say no UK rule.”

On Monday, May 2, 2022, Virgin islanders and residents publicly demonstrated their objection to the likelihood of direct rule by the United Kingdom (UK).

Some of the phrases on plaque cards included, “I was born free”, “No UK direct rule,” and “as for fixing my problems, UK start with your own.”

Other persons carried cards that started, “No UK direct Rule, 'Not going Back in Chains”, “I will not surrender our rights”, and “No UK dictatorship.”

More phrases included, "United we Stand", "Yes to assistance, no to Dominance", "We say no to Uk rule", and 'Forward ever." 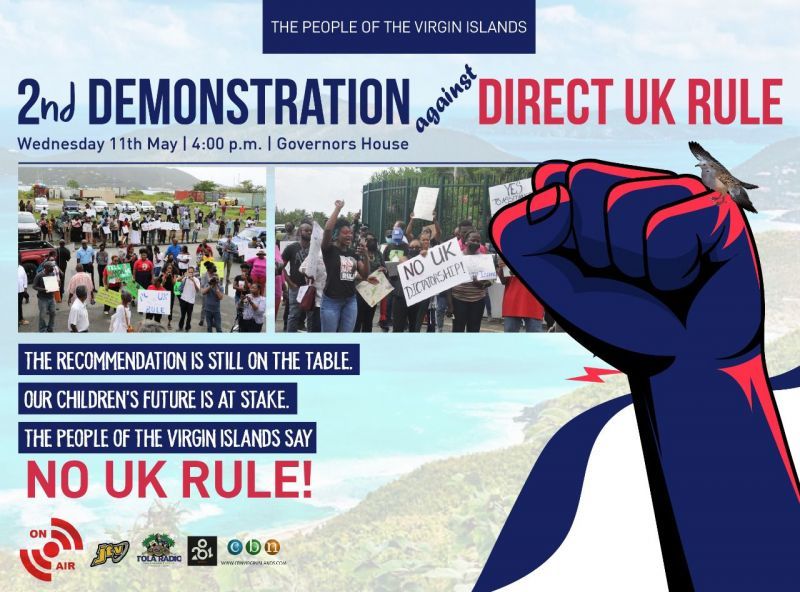 A poster for the demonstration has warned, 'The recommendation is still on the table, our children’s future is at stake. The People of the Virgin Islands say no UK rule.'

In late April 2022, the findings of a Commission of Inquiry into alleged corruption and mismanagement in the [British] Virgin Islands (VI) was published by Governor, John J. Rankin, CMG.

The report recommended, among other things, a suspension of the VI’s constitution.

The Commission concluded governance in the VI is poor and recommended dissolution of the locally elected House of Assembly and ministerial government for at least two years.

While the UK Government has not made a final decision on whether to impose direct rule, several regional organisations and leaders have slammed the prospects of the VI being ruled from Westminister.

New Premier Dr the Hon Natalio D. Wheatley (R7) has instead proposed a cross-party coalition to lead a reform of the Territory’s governance. This he said must happen under a democratic system.

The coalition government has already been sworn in by Governor John J. Rankin, CMG.