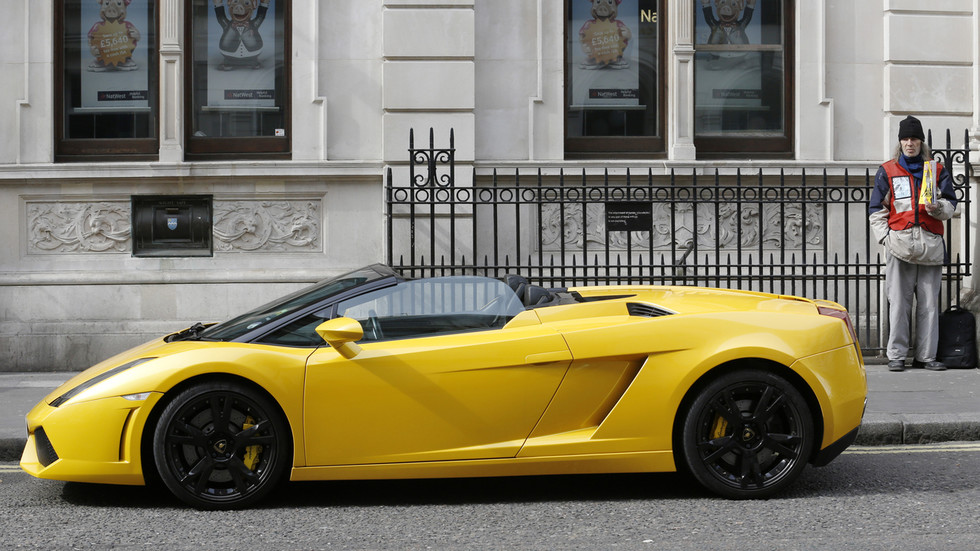 According to new analysis, Britain’s highest-paid one percent took home 17 percent of the country’s income ahead of the coronavirus pandemic – more than was previously thought – provoking a bitter backlash.
A study by Warwick University, the London School of Economics (LSE) and the Resolution Foundation – which took into consideration the concentration of taxable capital gains – showed that the top one percent had a larger slice of the income pie than was previously thought, and it was increasing.

The team of economic researchers analyzed previously confidential data from HMRC – the UK government department responsible for the collection of taxes – and found that some capital gains were, in reality, sources of income, and these were heavily concentrated among the well-off.

Capital gains tax is a tax on the profit made when someone sells an asset that’s increased in value. The study noted that taxable capital gains were frequently related to people’s work and were more akin to earnings from employment than passive investment returns.

Dr Andrew Summers, assistant professor at the LSE, said: “Capital gains are taxed at much lower rates than regular income, but the legal line between these is very blurred. A lot of capital gains are, in fact, just repackaged income going to the already-rich.”

The timing of the study comes as a bitter pill for the low earners in society, many of whom are having to risk their own health during the coronavirus outbreak by continuing frontline work in the health and social care, transport and retail sectors – for little return in their pay packets.

The study has prompted an angry response on social media, with many riled by the apparent inequality existing in Britain between the ‘haves’ and the ‘have-nots’. Some suggested that it was “about time we taxed the rich properly.”

Others sarcastically poked fun at those that would rather pour scorn on “those pesky ‘low-skilled’ migrants, harvesting our food and healing our sick” than the unfairness in the richest getting more of the country’s income.

One commenter remarked that, while the gap between the rich and the poor gets bigger, there will still be many who “will defend their right to earn the obscene sums.”

Responding to the report, Shadow Chancellor Anneliese Dodds suggested that there need to be significant changes to the British economy so that rewards are shared out more equally. Dodds said: “We must have a fairer settlement after this crisis – with those with the broadest shoulders making more of a contribution.”
#COVID-19  #Covid  #Coronavirus
Add Comment