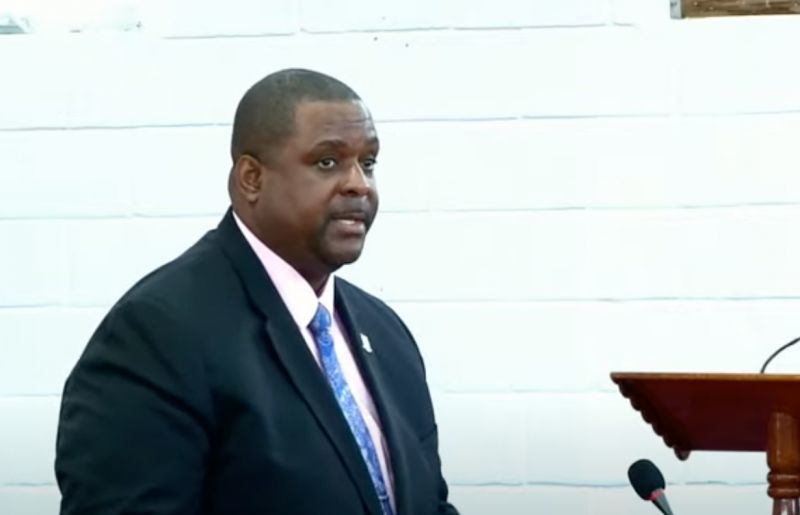 Following the circulation of a list of persons who allegedly benefitted from the COVID-19 Fishing and Farming Stimulus initiative, Virgin Islands (VI) Premier and Minister of Finance, Hon Andrew A. Fahie in a House of Assembly statement, today, May 13, 2021, said persons in the territory are now using the COVID-19 situation to ignite a political campaign.

While a list of names of persons who allegedly benefitted from the grant initiative has since been debunked as inaccurate and incomplete by the Premier, he said politics is at work regarding the circulation of the list.

“While your government has been deliberate not to make COVID-19 a subject for politics, there are those who are using COVID-19 to create a platform for themselves for the next General Elections.”

“But contrary to their selfish push for power, this government will remain laser-focused on helping the people… thankfully our Virgin Islands people are people of BVI Love,” he said.

“Mr Speaker, there seems to be a strategy to try to destabilise the Government of the Virgin Islands. The first attempt was over the protocols and now a political campaign has been ignited on the ground concerning stimulus grants,” he said. 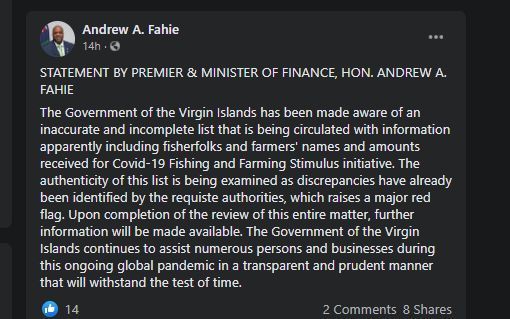 Premier and Minister of Finance, Honourable Andrew A. Fahie addressed the controversy on Wednesday, May 12, 2021, calling the list inaccurate and incomplete.

According to the Premier, the campaign is being ignited by individuals who failed to diversify the economy and who never made an effort to revive the tourism industry and infrastructure after Irma, in addition to having failed to prudently manage the territory’s finances.

“They are all over the place, playing on the emotions of a wary and frustrated public with stimulus talk. At first, there were demanding the government pay the stimulus now as if the Virgin Islands Government prints money. Then when we successfully sourced the grant from the BVI Social Security Boards, their new problem what that the funds should not come from SSB.”

Premier Fahie said at every turn there is a new problem surrounding the Government's COVID-19 pandemic response. He said the utterances and pronouncements have been fueled by lies, half-truths, and innuendoes repeated to play on the financial vulnerability of the public. 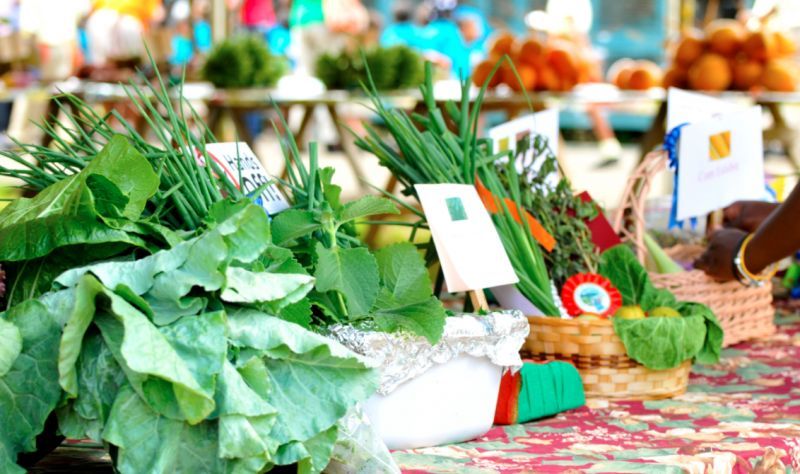 At today's HoA the Premier noted that the grants to fishers and farmers were targeted towards boosting food production capabilities in the territory, to procure more industry equipment as well as expand agriculture initiatives with some of those needs existing since the devastations of Hurricanes Irma and Maria of 2017.

At today's Ninth Sitting of the Third Session of the Fourth House of Assembly of the Virgin Islands at Save the Seed Energy Centre in Duff's Bottom, Tortola, Premier Fahie noted that the grants to fisherfolks and farmers were targeted towards boosting food production capabilities in the territory, to procure more industry equipment as well as expand agriculture initiatives and that some of those needs existing since the devastations of Hurricanes Irma and Maria of 2017.

In a short statement released yesterday, Wednesday, May 11, 2021, Hon Fahie said the matter of the list is currently under review by his Government to bring clarity to inaccurate information peddled to the public.