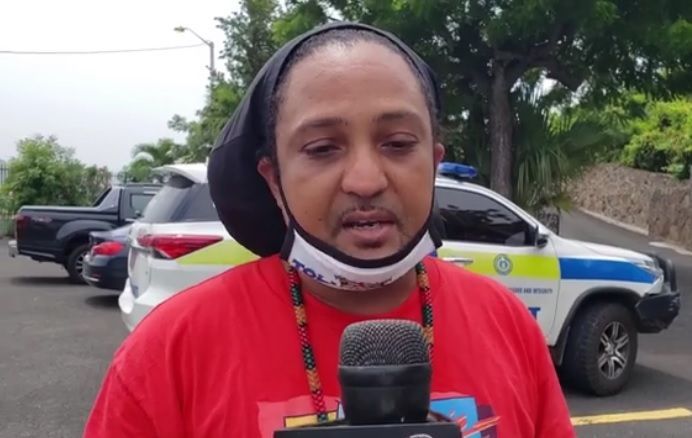 A group of residents led by radio talk show host Floyd Burnett aka 'Heritage' has signed a petition calling on the Government of the Virgin Islands discontinue its COVID-19 vaccination programme in the territory as well as look into the alleged discrimination against unvaccinated persons in the workplace.

The anti-vaxxers have also given the government a 72-hour ultimatum to sit with residents to discuss their concerns.

This morning, July 12, 2021, Burnett, accompanied by a handful of persons, turned up at the Office of the Governor HE John J. Rankin, CMG where they submitted the first copy of their petition to the Governor.

The petition was reportedly collected by the governor’s security staff.

The group then moved to the Office of the Premier and Minister of Finance Honourable, Andrew A. Fahie (R1) but were met with locked doors as everyone is currently working remotely.

The Premier’s copy; however, was received by the Office of the House of Assembly (HoA), along with the copy for the Leader of the Opposition Honourable Marlon A. Penn (R8). 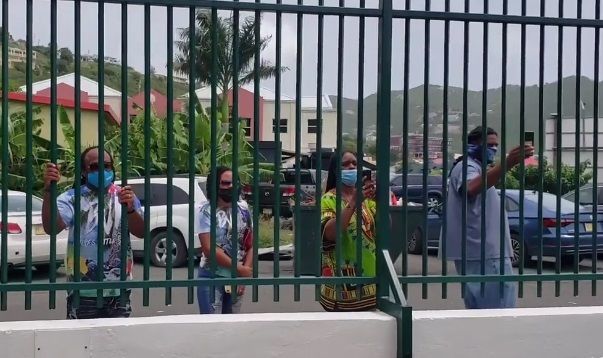 Some of the persons in support of the petition against vaccination and discrimination against the unvaccinated in the Virgin Islands.

What do the ant-vaxxers want?

Before today, the anti-vaxxers have been actively on social media condeming the vaccination programme, while using conspiracy theories and unfounded medical claims to disuade the population from taking the vaccine.

Some of the conspiracy theories are that the vaccination is meant for population control; is infecting persons with the coronavirus; is a profit making scheme; is an experiment; and that governments worldwide are being paid to distribute the vaccine.

In a JTV News report, Burnett said: “We turned into our leaders a document accompanied by a few thousand signatures. Anything we are asking today of our government is nothing that is not already granted to us in the law, the constitution and the international human rights.”

According to Mr Burnett, they are asking the government to do several few things.

“We are asking the government to please stop the discrimination on the work places of employees that’s vaccinated and unvaccinated. We are asking them to halt the issuing of vaccines presently until we understand what exactly is going on and what is the effect on people.

“We have also asked them to stop the greedy bill immediately, very important, and we have also asked for the Minister of Health to meet with the public within 72 hours to redirect a course of action that is more in line and fitting with the people of the Virgin Islands.”

Mr Burnett did not say exactly how many persons have signed the petition.