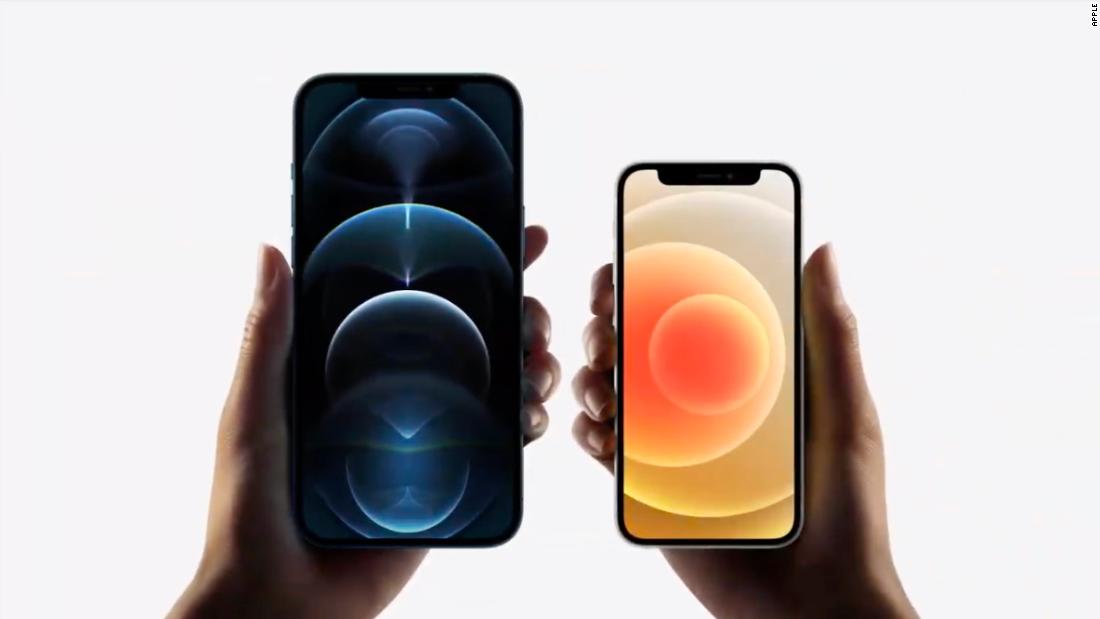 Apple's newest and tiniest iPhone feels like a throwback. You'll either love it or hate it

Anyone thinking about upgrading their iPhone now has two more options to consider: smaller or super big.

I spent several days trying out the new phones to find out just how much you lose by scaling down to a mini and how much you gain by taking your phone choice to the max. 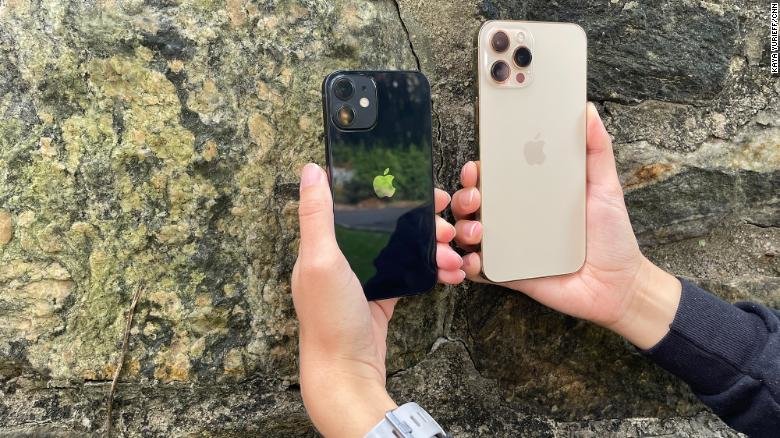 The iPhone mini (left) vs. the giant iPhone Pro Max.

Testing out Apple's newest and tiniest phone felt like a throwback to phones from over five years ago, when the basic phone was still modestly sized compared to the giants of today. But it wasn't a step backward by any means: The mini packs all the new features of the iPhone 12 -- such as a stellar camera, a faster chip, OLED display, and 5G capability. But there are a few important differences, namely the size, price and battery life.

With its 5.4-inch screen, the mini looks like a slightly shrunken version of the iPhone 12, which has a 6.1-inch screen. You can comfortably hold the mini in your hand, easily fit it in your pocket or a car cup holder, and when you're talking on the phone it doesn't feel like you're holding up a brick.

But while the mini succeeds in delivering impressive features on important things like the camera, I'm accustomed to bigger phones after years of using them, and it's hard to go back. After some time with the mini, you start to realize the limitations of small phones and why manufacturers have largely moved on. There's a learning curve to typing on a small phone again.

My fingers kept bumping into each other because the keyboard is so much smaller than what I'm used to. (I guess I could go back to texting with one hand?) Consuming media on the mini isn't the best experience, and it feels cramped if you have to tap messages and emails out all day. Some people will love the small size; some people will definitely wish they had gone larger.

Like the iPhone 12, the mini has two cameras and a new sleek design with flat edges. Both models come in red, green, blue, black and white. Just like the 12, the mini takes excellent photos, especially at night. An improved version of Night mode, first introduced with last year's iPhone 11, brightens low-light selfies or photos taken at nighttime, resulting in better contrast and more details, without needing a flash. It definitely wowed me, and put photos taken at night by my iPhone XR (which doesn't have Night mode) to shame. 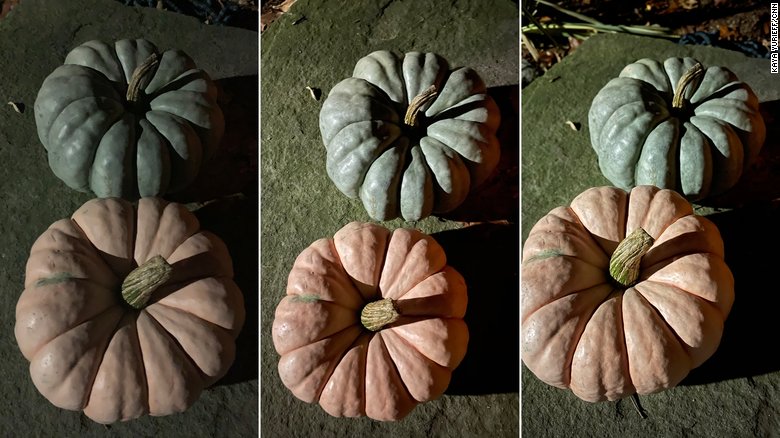 The iPhone Pro Max is very big. Like huge.

On the other end of the spectrum -- both in terms of price and size -- is the iPhone 12 Pro Max.

It's the highest-end option with the biggest starting price tag and largest screen. The 6.7-inch screen is the biggest screen ever on an iPhone, and blows past the iPhone 12 and Pro's 6.1-inch displays. Some people may love it, while others may find excessive. One thing is for certain: Watching a video on its massive screen is superior to any other iPhone I've tested. You'll also see more content and text on screen. But the tradeoff is that you have to lug around a ginormous phone.

The Pro and Pro Max both have three cameras (compared to the iPhone 12, they have an additional telephoto lens). Their cameras are aided by lidar, a technology most commonly associated with self-driving cars, which helps the camera focus faster in low-light settings. The most obvious difference between the two is that the Pro Max has a telephoto camera capable of tighter closeup shots. That means you'll get a 2.5x zoom on the Pro Max, compared to the Pro's 2x zoom and a 1x zoom on the iPhone 12 and mini.

When testing, I took photos of the same subject or object with both the Pro and Pro Max during different times of day. Both phones took excellent shots that were bright, detailed and showed contrast without needing any editing. The Pro Max's 2.5x zoom makes it easier to zero in on something farther away, without moving closer or losing image quality, although the Pro's 2x zoom still mostly did the trick.

For very serious photographers, the Pro Max adds a few extra features, such as sensor-shift optical image stabilization and a larger image sensor on the main camera, that may improve image quality in certain situations. But unless you are a pro, you won't notice a huge difference.
Like the Pro, the Pro Max comes in silver, black, gold and blue with fancy stainless steel edges that scream glam. 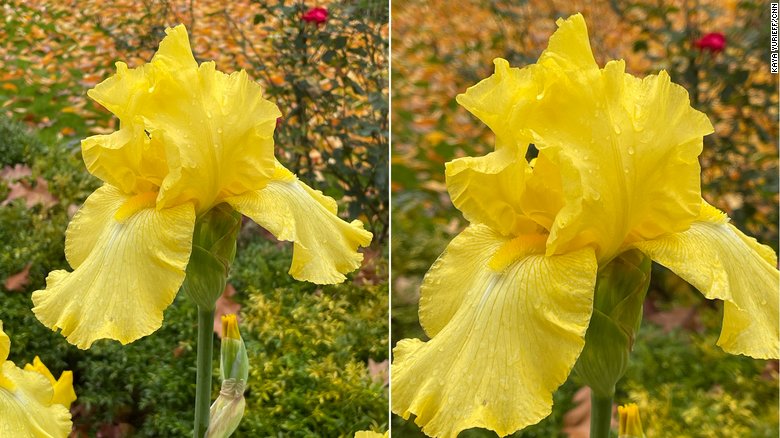 These photos taken from the same vantage point, show the Pro Max (right) has a tighter 2.5x zoom.

Given how niche the Max's advantages are and how large and expensive it is, it's safe to say that if you don't know you want the Max, you probably don't want it.

In my experience, the mini's battery lasted from when I got up until the early evening with regular use. I texted, checked social media, read emails and watched a 20-minute episode on Netflix. Just before 5 pm, I was already down to 25% battery, and it had dropped below 10% by 7 pm. My phone was toast around 8:30 pm. The Pro Max and other phones in the iPhone 12 lineup would last until I went to bed, and even had some juice left, with the Pro Max lasting the longest.

5G — although not fully accessible yet -- will be a further battery drain. Depending on your carrier and where you live, you will see different 5G download and upload speeds, so it's not something to be worried about just yet. Plus, Apple's smart data mode will automatically switch the iPhone to LTE to save battery life when 5G isn't delivering noticeably better speeds.

The entire iPhone 12 line, including the mini and Pro Max, also use Apple's new Ceramic Shield glass, which the company claims is scratch resistant and fares much better when dropped. It's unclear how much more durable these phones will be over time, but the mini and Pro Max (with cases on) both accidentally slid out of my sweatshirt pocket onto the sidewalk when I was walking my dog.

The Pro Max was fine, while the mini suffered a small ding at the bottom of the phone. After testing the mini for a few days, I also noticed a small scratch near the top of the screen. Last month, I dropped the iPhone Pro on a stone walkway and then later on a hardwood floor (I'm a bit clumsy) and it didn't result in any damage. These isolated incidents are obviously inconclusive, but at least for one phone, the Ceramic Shield wasn't invincible.

This year, Apple is offering more phone choices than ever. Those with last year's iPhone 11 can likely skip the upgrade this year, but for those holding on to older models such as the iPhone X, iPhone XR, or iPhone 8, it could be time for a refresh. The Pro and Pro Max will give users a fancier finish and additional camera tricks, but for most people the iPhone 12 (or the 12 mini) will be impressive enough. For the mini, you have to decide whether you prefer a smaller-sized phone and are willing to sacrifice battery life and display size to save on the price tag.