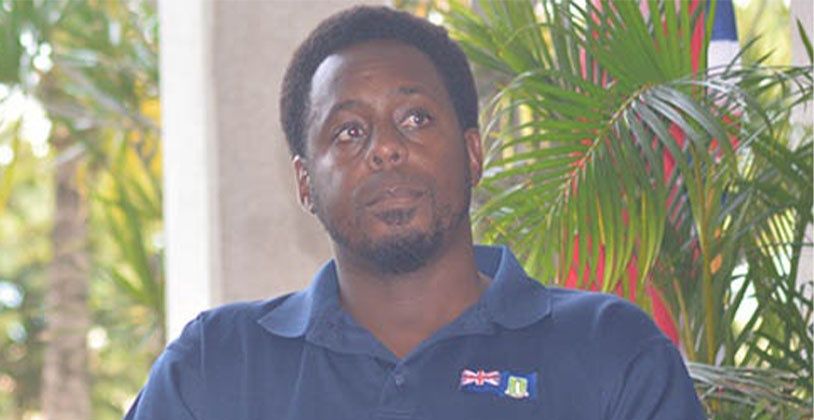 Stating that he was not included in the much-publicized Auditor General (AG) report on the Elmore Stoutt High School (ESHS) wall project, lead architect, Steve Augustine outlined that criticisms of the project have been scarring.

“It is a cloud that follows [you] where you go,” Augustine said of the criticisms of the project.

Augustine of SA Architect, was contracted by the Ministry of Education to provide project management services on the wall. He fielded questions at the ongoing Commission of Inquiry (CoI) on Wednesday, September 22.

“The AG did her report much to the absence of my involvement,” he stated.

Augustine added, “This process has been a scarring process for lack of a better term and has been lingering, in my opinion for far too long with, in my opinion, too much unfactual information; more gossip and more fictional than anything else which definitely scars the character, including mine…”

The AG’s report has been severely critical of the project, pointing out that the wall was estimated to cost $850,000, but ended up costing approximately $1M. The report flagged public financial accounting breaches, including the decision to divide the project into multiple petty contracts.

However, Augustine told the CoI that a more accurate estimate cost was $950,000 which is based on a document produced after the initial start of the project.

“I wouldn’t go too deep into things…but to not include my involvement so it was a lot that was written there that is very much debatable and I did some analysis and based on some of the estimates that persons like myself provide to Government to private sector…a lot has been spoken of the price of the wall. Yes, it’s very easy to appreciate and understand that once you divide the contract you are going to incur some additional cost,” Augustine stated.

The AG’s report placed the wall at just over 1,600 ft, but Augustine pointed out that the wall was actually 2,695 ft.

“This was at a very preliminary stage. The workings that we had developed at the time would not have been the construction documents,” Augustine stated when asked to explain the discrepancies.

He stated that following the AG’s report, letters were written, but he never got a response.

Augustine stated that in the report the AG uses block work estimate that is below the $55 per sq ft used by Public Works Department and below the $80, $90 and even the $105 estimate used by companies who bid on Government projects.

“From all indications there is nothing in the report that were changed based on the submission of those letters which were done years ago; to this date. Following that, there was a lengthy police investigation and [I] read all the comments, some of them scarred me pretty deeply….whilst some people sat back and said let’s get the popcorn out, what they were not aware is that I was grabbing my popcorn too because the one good thing about the police report is that the truth had to come out,” Augustine stated.

However, he explained that a police report was done almost two years ago.

Not My Drawing In AG’s Report

Augustine was asked to explain the escalation in cost from $850,000 in the initial stages of the project and the revised estimated cost of $950,000.

Augustine explained that one reason for the increased cost was that school officials wanted to maintain a height of 8ft from the outside of the school.

“As we continued to do the walk-through at the school you start to realize that the sidewalk elevations and the internal elevations are for the most part two different things that varies 2-3 ft at times so the wall if you built it as the Auditor General did in their report, and I have said, the wall that is depicted in this report is not that the wall that I drew, because the wall that I drew gave absolute dimension above the side walk measuring 8 ft,” Augustine stated.

He pointed out that on the inside of the wall that he drew there were no dimensions because it varied 8ft, 9ft, 10ft, 11 ft in some locations.

“The truth is the wall is there you can physically measure it, you can see that some sections are very high so in that sense the more we got into the project; the more we started to understand that the intent of building an 8ft wall is only a height that you can measure from the outside where the sidewalks were,” Augustine stated.

He explained that had they used the elevation of 8 ft from the inside of the wall it meant that from the outside on the sidewalks the wall would only measure 5ft, which would have been a disastrous outcome to the security prevention measures that were intended at the school.

Augustine stated that a decision was also made to go with a larger base for the wall to avoid it from toppling.

“Lo and behold the hurricanes did come and it did not overturn which was a big plus. What resulted in that. is the fact that as oppose to going with a typically small footing, the footing was very robust, a lot bigger than anything that I would have envisaged at the start" he explained.

Augustine added, "but, as history would prove, we had two very disastrous hurricanes and there was no part of the wall that was overturned or was blown down. I can’t say the same for a lot of other walls through the Territory."