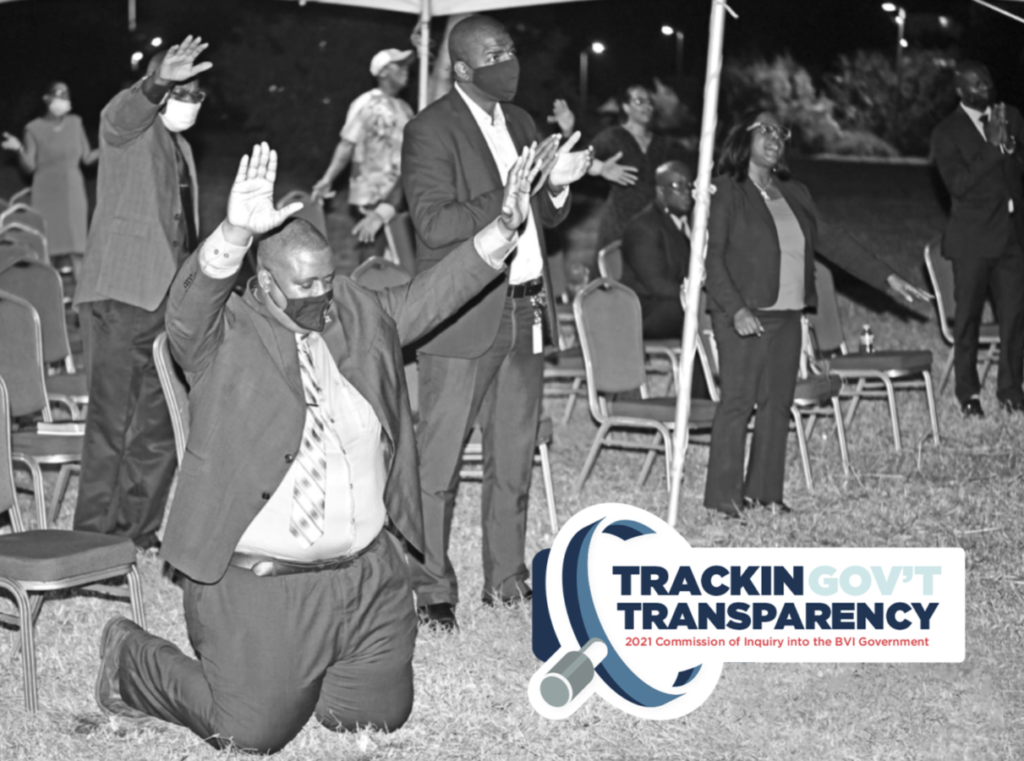 An audit conducted on the now-dismantled VIP government’s 2020 COVID-19 assistance programme showed that grants awarded to local religious institutions were inflated by more than 600 per cent above the recommended amounts.
This information was disclosed in the Commission of Inquiry (COI) report authored by Commissioner Sir Gary Hickinbottom.

The audit showed that this was done despite the fact that 75 out of 94 religious institutions did not apply for assistance.

It was also disclosed that the amounts were increased by former Premier Andrew Fahie and endorsed by Cabinet after the fact.

According to the COI report, some of the religious institutions which had not made an application did not even collect their cheques.

And according to the audit, although the applicants showed a severe decline in income during April 2020 when the grant was being distributed, by the time the programme came into effect, most had more or less recovered to pre-COVID income levels.

The 19 applicants under ‘religious institutions’ category were assessed by the committee on the basis of statutory compliance and ‘cost per member’; resulting in a recommended grant total of $74,617.83.

A total of $111,154.84 was recommended as payment to religious institutions which made no application.

The report said that of the 19 churches that actually applied, 16 of them had memberships of below 200 persons.

Furthermore, no criteria was disclosed to the Auditor General which was applied to effect any of the changes that were made.

Sir Gary said the uplift in funding appeared to have been made without consideration of either the financial effect of the COVID shut down at that time, the cost of reopening each church, or the number of members.

It also was not made clear why the then-Premier decided that religious institutions should be paid more than they had applied for and more than Cabinet had initially approved.
#Commission of Inquiry  #Hickinbottom  #COVID-19  #Fahie  #Covid  #CoI
Add Comment