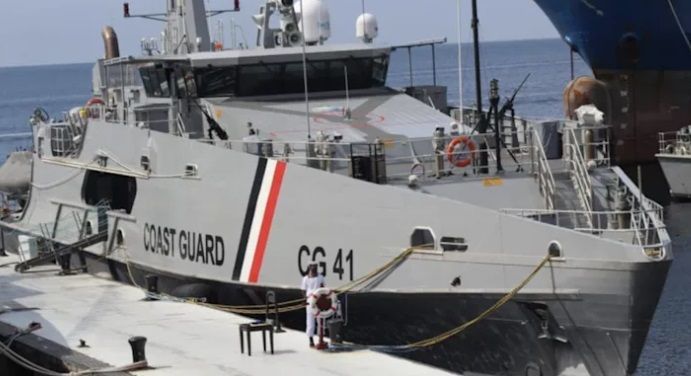 A one-year-old Venezuelan boy was shot dead in his mother’s arms after Trinidad and Tobago Coast Guard officers opened fire while trying to intercept a migrant boat on Sunday.
Authorities from the Caribbean country claim they were acting in self-defense and said the boat’s captain ignored their warnings to turn back.

Venezuelan leaders and human rights activists have criticised the use of deadly force and called for a full investigation.
The child has been identified as Ya Elvis Santiago, the Trinidad and Tobago Guardian reported. His mother Darie Elvis Eliagnis Sarabia was also injured and was taken to the Sangre Grande Hospital.

The mother, her son and a daughter had been trying to reunite with the children’s father in Trinidad, and were among a group of 20 Venezuelan immigrants onboard the vessel, family said.

Coast Guard public affairs officer Kerron Valere said the crew initially tried to intercept the migrant boat using horn, searchlight, flares and warning shots, but it continued forward and tried to ram the boat, in a statement published on Facebook.

Mr Valere said the crew members feared for their lives as the larger migrant vessel continued to act in an “aggressive” manner, and fired at the boat.

It was only after the ship had stopped that the Coast Guard became aware there were migrants “hidden” on board, according to the statement.

The wounded mother was stabilised onboard the ship, but her son was found unresponsive.

“The Trinidad and Tobago Coast Guard extends sincerest condolences to the family and loved ones of the infant and takes the opportunity to wish the injured female a speedy recovery,” the statement read.

“The death of a Venezuelan boy, who along with his mother fled from the dictatorship, hurts our soul as a country.

“The shots fired by the Trinidad and Tobago Coast Guard are unjustified, they killed him.”

“We claim the right of our people to receive protection and seek refuge, as they flee a complex humanitarian emergency and human rights violation.”

The southern tip of Trinidad and Tobago lies just 11kms off the coast of Venezuela and has become a common route for those trying to escape the South American country’s economic meltdown.
#Facebook
Add Comment