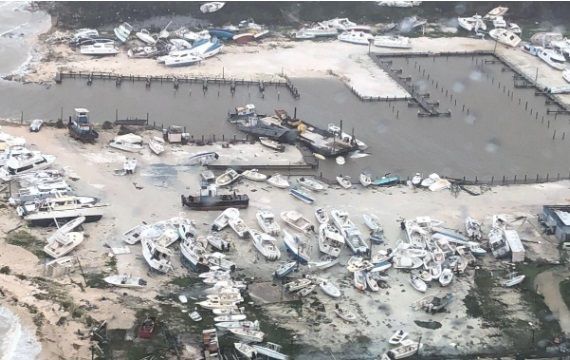 Bahamians have been urged to prepare for an above-average hurricane season that begins on June 1, 2022, and that they should begin their preparations to lessen the risks of death and damage.

Minister of State in the Office of the Prime Minister with responsibility for Disaster Preparedness, Management and Reconstruction, Myles LaRoda, said "this year marks the seventh consecutive above-average hurricane season, which underscores the importance of ongoing emergency preparedness.

"Weather experts have (also) observed a pattern in recent years with systems developing before June 1. This means that residents would be wise to review their hurricane plans and begin seasonal preparations early Residents are encouraged to be ready and to stay ready no matter the forecast. More frequent, busy seasons should remind us all that it only takes one storm to have a very serious impact to our shores We all are aware of the impact Hurricane Dorian had," LaRoda said at the launch of Disaster Preparedness Month.

According to the Inter-American Development Bank (IDB) Hurricane Dorian, which hit the country as a Category 6 storm on August 24, 2019, caused about US$ 3.4 billion in damages, which is equal to one-quarter of The Bahamas' gross domestic product (GDP). The death toll stood at 74 people, although 245 people are still missing three years later.

Disaster preparedness month is being observed under the theme "Strengthening Community Readiness for a Better Tomorrow" and the State Minister said that the theme underscores the important role communities have to play in being prepared to withstand the impacts of adverse events.

"A community-based disaster reduction unit is most successful when there is direct participation from the people most likely to be exposed to the hazards. For this reason, throughout the month of May, NEMA (the National Emergency Management Agency), and its partners will engage the public in activities to address areas of disaster preparedness," he said.

He said churches also had an important role in disaster preparedness given that one of its important ministries is community outreach, community education and making available to the general public, church halls for hurricane shelters.