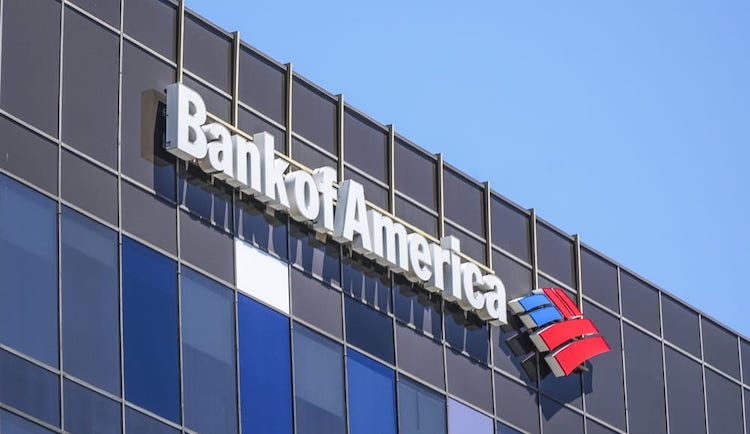 Bank of America Is Setting Up A Cryptocurrency Research Team

Bank of America is the latest US banking giant to outline plans to enter the cryptocurrency space.

Just a few months after bashing bitcoin for its enhanced volatility and supposed impracticality, Bank of America has reportedly set up a new designated research team to look into digital assets.

According to an internal memo, the bank has created a team dedicated to researching cryptocurrencies. Bank of America believes that it is “uniquely positioned to provide thought leadership” on cryptocurrencies and the technology behind them.

Bank of America (BOFA) has created a new team dedicated to researching cryptocurrencies, according to an internal memo seen by Bloomberg. A spokeswoman for the bank confirmed the contents of the memo.

According to Bloomberg, the new crypto team will be led by Alkesh Shah, a founding member of the Data & Innovation Strategy Group at Bank of America. It will report to Michael Maras, who leads the bank’s global fixed income, currencies, and commodities research. Besides cryptocurrencies, the team will also cover technologies tied to digital currencies.

Candace Browning, head of Bank of America’s global research, said in the memo:

“Cryptocurrencies and digital assets constitute one of the fastest growing emerging technology ecosystems. We are uniquely positioned to provide thought leadership due to our strong industry research analysis, market-leading global payments platform and our blockchain expertise.”

A growing number of investment banks have begun offering or are in the process of offering cryptocurrency services to their clients. They include Goldman Sachs, Morgan Stanley, Citigroup, Standard Chartered, Wells Fargo, and DBS.

Source: Bank of America Is Setting Up A Cryptocurrency Research Team – Fintechs.fi