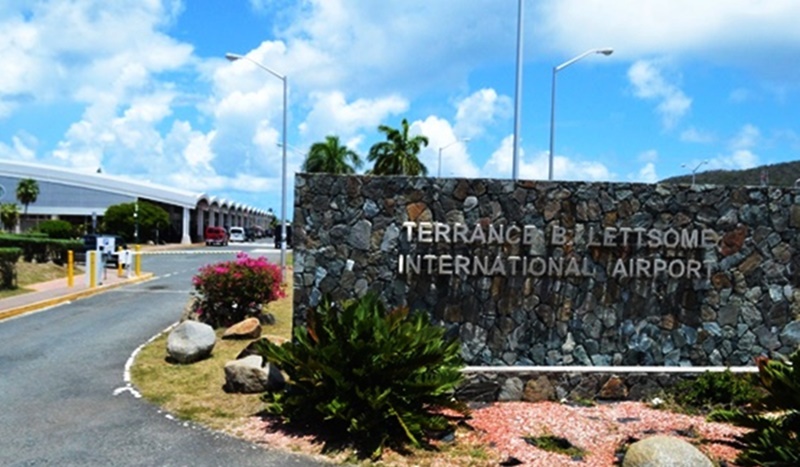 The Terrance B Lettsome International Airport is undergoing a number of upgrades which are geared towards enhancing air passenger experience as well as increasing revenue for the BVI Airports Authority (BVIAA).

Premier Andrew Fahie made the statement in a recent session in the House of Assembly late last year.

He said the BVIAA board had met with designed experts and approved contracts for various undertakings to ensure the terminal at the airport was passenger-friendly while still generating non-aerial nautical revenue for the Airports Authority.

“A commercially-important persons lounge, known as CIP, is currently being under construction at the TB Lettsome International Airport, which will provide VIP experience for dignitaries as well as commercially important persons travelling through the airport,” Premier Fahie stated.

Fahie also said: “A Common-Use Terminal Equipment system is being implemented which allows airlines to utilise the required number of counter space at any given time. This system also allows for the standardising of baggage tax across the airlines.”

The Premier stated that a contract would have been awarded at the BVIAA’s December 18 meeting to install a frosted glass enclosure at the arrival area of the airport.

He said there would also be a contract to install sliding glass doors to exit terminal area.

“This enhancement not only makes the airport more attractive but also allows the passenger to be properly greeted in a sterile area after clearing Customs and Immigration,” Fahie argued.

Premier Fahie who is also the Minister of Finance, further said that funding has been available for the replacement of the 12-year-old control tower at the airport. He said a tender has been issued for the equipment.

According to the Premier, these measures align with government’s ultimate goal of enhancing the tourism product in the British Virgin Islands.
Add Comment