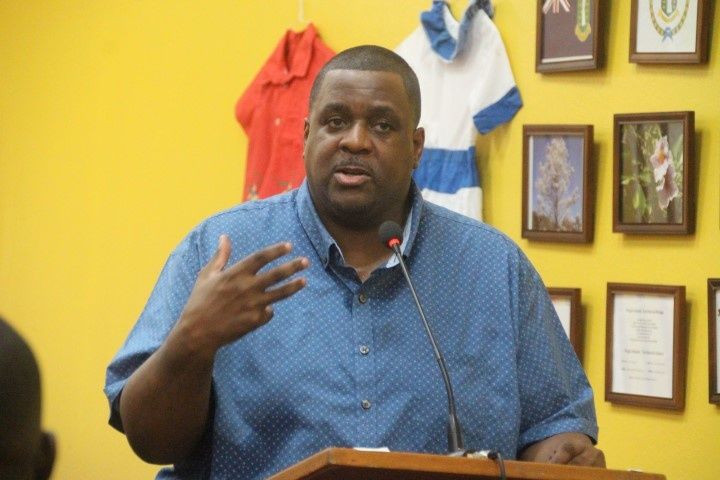 Being Honest Gets You Licks – Premier

Premier and Minister for Finance Hon. Andrew Fahie said being honest and upfront about the intention of hiring political advisors for ministers and junior ministers has not gone down as planned.
He said during a public meeting in Cappoons Bay last night September 5 that this was one of the lessons that he has learnt since being in office.

“Just for the record, let me clear that up; we didn’t ask for an extra dime to do that; that was not true. From the time the Government of the Virgin Islands passes its budget, each ministry has a section called consultancy. You don’t have to take my word for it, just google and bring up budgets; and each budget, the money that is in there, you decide what consultants or consultancy is needed for whatever task given the financial year,” he said, referring to the remuneration for these advisors.

He continued: “All we did was do what was never done before – come and tell you what we doing with most of it. I found out in the last few years that when you are being more than honest about certain things, you get more licks. I could have shut my mouth like all the other governments and don’t say what’s happening, don’t say we are hiring these people and just go and sing Hakuna Matata along the way and don’t say anything, and it would not have been a big thing," he bemoaned.

Premier said; instead, his administration informed the populace of their plans that the Premier’s Office would be assigned three advisors, and the other Ministers and Junior Ministers would receive one each.

He again reiterated that these posts were necessary for the efficient running of the government’s affairs, despite the Opposition’s claims that the advisors were to aid in the political campaign in the upcoming General Election in 2023, an allegation he has denied.

He explained: “because there are a lot of things that the regular public officers won’t be able to get to do to be able to help you the people in certain ways much faster because they would be busy in certain areas.”
#the Virgin Islands  #Fahie
Add Comment