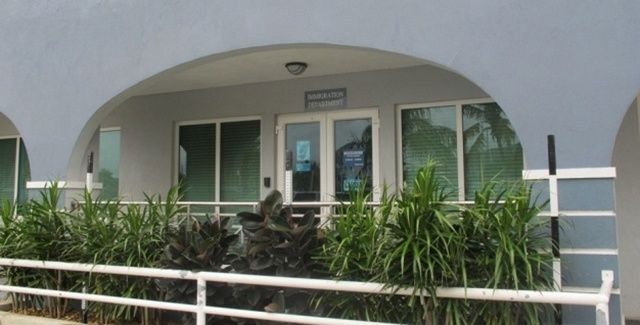 The Commission of Inquiry (CoI) report has raised several searching questions about the granting of Belongership status in the territory, including applicants who appeared on a Cabinet list for consideration who did not even apply.

Commissioner Sir Gary Hickinbottom who conducted the CoI, concluded that at least 224 individuals were granted Belongership status, “outside of the framework of the law”, who were “added at Cabinet level based on personal recommendations by Members [of the Cabinet] without any due diligence or process”.

The report notes that there were also 190 persons who did not apply for Belongership but were added to a list and presented to Cabinet. Based on the findings, the CoI report states that there have also been instances where persons were approved for Belongership status but had not been recommended by the Immigration Board, which is a critical part of the requirements.

The report outlines that applications for Belongership is considered on the basis of tenure, measured against a 20-year residence requirement. However, this requirement conflicts with the statutory criteria, and the report points to several inconsistencies in granting Belongership status.

Hickinbottom concluded that the policy has been arbitrarily applied throughout the years, and only through investigations conducted by the CoI, has it been publicised.

The conflicting policy positions relating to Belongership has posed a continuous problem, which has spanned consecutive governments.

“Since 2004, Cabinets of successive VIP [Virgin Islands Party] and NDP [National Democratic Party] administrations have known of this mismatch, and have singularly failed to bring the policy in line with the law, either by requiring the Immigration Department and Board to apply the law or bringing forward legislation to change the requirement to one of 20 years,” the report states.

Although the CoI report clearly states that in order to remedy the discrepancies, a simple legislative change is required, it has not been undertaken. The report also states that there is no existing evidence that suggests that any attempt was made to rectify this issue, suggesting that it has been deliberately unattended whilst the statutory provisions have been ignored.

Hickinbottom also rejected claims by Attorney General Hon. Dawn Smith that the reason why the criteria used for determining Belongership have not been published is due to lack of capacity within the public sector. He noted that not only is the explanation “simplistic” but there is no existing evidence to support her submission.

For example, the report notes that there is no guidance given to interviewers as to how to conduct and mark an interview as part of the points-based system (which drives interviewers to use their own subjective discretion); no guidance is given to assessors as to how to approach (e.g.) the issue of good character, both in respect of criteria which have “good character” as a mandatory requirement”.

The report notes that this contributes to a situation where the Belongership process is compromised and questionable. Therefore, the report advises that a robust system be administered to ensure that assessors are consistent in managing applications.

Another point of concern is that members of the Cabinet reserve the ultimate power to approve or reject any application according to their own judgement, even with access to limited available information.

With the fast-tracking Belongership process, Hickinbottom notes that the problem is compounded since no prior assessments would have been undertaken before Cabinet makes a decision.

Hickinbottom concludes that, “in my view, this has nothing to do with any failings in the Public Service or the absence of a policy formulation unit within government: the evidence suggests that it is a quite deliberate decision by the executive to retain such a discretion”.