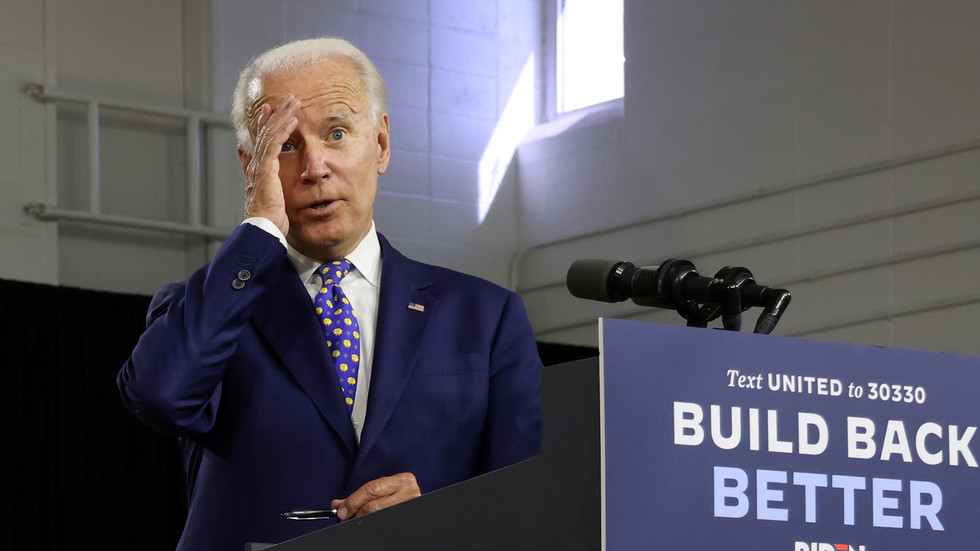 Democratic presidential candidate Joe Biden took time out from a question asked by a Latina reporter to state that while black voters all think alike (with “notable exceptions”), Latino voters are “incredibly diverse” in opinion.

In the midst of answering a question on whether he would extend protected status for Venezuelan immigrants during a Wednesday town hall, Biden veered off on a self-congratulatory tangent touting his supposed knowledge of the Latino community.

While Biden clarified that he was referring to differences in opinion on immigration between Latinos living in Florida and those living in Arizona, writing off all black voters as being ideologically in lockstep sounded more than a little offensive, especially in the era of Black Lives Matter.

However, the reporter asking him the question, NPR’s Lulu Garcia-Navarro, didn’t bat an eyelash, instead moving on to ask Biden if he planned to tear down the segments of border wall President Donald Trump had constructed.

Biden’s reflection on Latinos triggered a wave of reaction on Thursday, but it was far from the only head-scratcher in the town hall. The candidate also attacked a reporter who asked whether he’d take a cognitive test, arguing: “That’s like saying you, before you got on this program, you take a test where you’re taking cocaine or not. What do you think? Huh? Are you a junkie?”

But while that exchange was covered in mainstream media, Biden’s “black people all think alike” moment went largely unremarked-upon outside the conservative media sphere. Social media users wouldn’t let him get away with it, however, with many calling the former VP out – or wondering “Why is Biden making the comparison between Latinos and blacks in the first place?”

Ummm....he did not say black people are all the same. LISTEN to his words. He said “notable exceptions”, which means he acknowledges that there are differences.

And many observed it wasn't exactly Biden's first rodeo regarding questionable statements about black people. The candidate infamously told black voters - via an interview with Breakfast Club host Charlamagne Tha God - that if they had a problem choosing between himself and Trump in November, "you ain't black."

Ummm....he did not say black people are all the same. LISTEN to his words. He said “notable exceptions”, which means he acknowledges that there are differences.

Already prone to inappropriate statements charitably deemed “gaffes,” Biden is especially inclined to jam his foot in his mouth regarding black voters, many of whom nevertheless turned out to support him in the primaries. He has accordingly milked his service as VP under Barack Obama, the first (and so far only) black American president, and has promised to nominate a woman of color as his vice president.

Oh ya 211 days ago
Your a Democrat and this is who you want to vote into office. Thats funny. Plus if you are a Democrat then you can not be a Christian as they support planned parenthood and planned parenthood admitted that sometimes when they are harvesting organs out of these little babies they are still alive. Yes cutting up kids while they are alive. There is a special place in hell for people like that . Liberalism find the cure
View all comments (1)Add comment