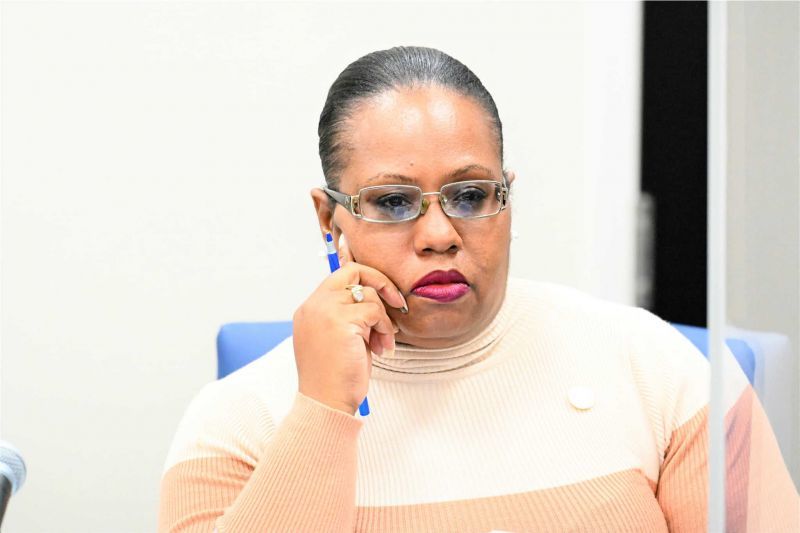 Any person who is found guilty of making false, fictitious or fraudulent claims on the government of the Virgin Islands, its departments, boards and commissions among other arms will face a fine of $2,500 and five years of imprisonment if a bill approved in the Senate Committee on Rules and Judiciary Thursday, June 2, 2022, is signed into law.

“As a member of this institution for over 23 years, I have worked with senators, I have worked with central staff and now I am in the capacity as a senator and I have seen some things happen on this Senate floor over the years that has concerned me as it relates to certain testimonies,” bill sponsor Senator Alma Francis Heyliger told committee members as part of her justification for pushing the legislation.

Those in the crosshairs of the would-be law are people falsifying, concealing, or covering up by any trick, scheme, or device a material fact, among other language in the measure, seen here.

Senator Novelle A. Francis supported the bill. “I support the measure, it speaks to accountability,” he said while pointing out that it will cause anyone who is presenting information to a government official or the Senate to be truthful.

"Anyone who is faulty or tries to defraud the government in any way, shape or form should be held accountable," he added. "Off course after due process and a determination is made whether by a judicial officer or a jury of their peers that they have been convicted of wrongdoing, then they should be culpable and responsible for their action."

Senator Franklin Johnson said that some amendments are needed to block certain loopholes in the bill, pointing to audits performed by the Office of the Inspector General that have found widespread misuse and abuse of government resources.

"We definitely need to start making sure that when these types of legislation go forward that the enforcement part is there,” he said.

All other senators at the hearing supported the bill which was forwarded to the full body for further consideration.

*  Bill No. 34-0226 An Act amending Act Nos. 8474, 8479, 8486, 8494, 8496, and 8498 to adjust the fiscal year 2022 budget to appropriate funds to the Casino Control Commission for capital outlay, WTJX for capital outlay and satellite uplink respectively, Elections System of the Virgin Islands for General Election, Virgin Islands Cricket Board, Department of Tourism for personnel and fringe benefits, Virgin Islands Board of Nurse Licensure for personnel and fringe benefits, and 8% salary restoration Social Security and Medicare taxes reimbursement to the Economic Development Authority, Governor Juan F. Luis Hospital and Medical Center and the Virgin Islands Waste Management Authority.

The committee, which met at the Earle B. Ottley Legislative Hall also approved Dr. Bradley Keys, Virgin Islands Chiropractic Board and Rev. Atty. Wesley Williams, Jr., Re-Nomination to the UVI Board of Trustees.

Bill No. 34-0201 A Resolution honoring and commending Kemit-Amon Lewis for his outstanding service and contributions to the Marine Science industry in the Virgin Islands.

Bill No. 34-0202 A Resolution honoring and commending Eugene “Genix” Thomas posthumously for his outstanding contributions to the Virgin Islands community as a baseball, softball, and life coach.

Bill No. 34-0203 A Resolution honoring and commending Alvin Delano Burke, Sr posthumously for his service and contributions to the sport of basketball, horse racing and to the people of the Virgin Islands.