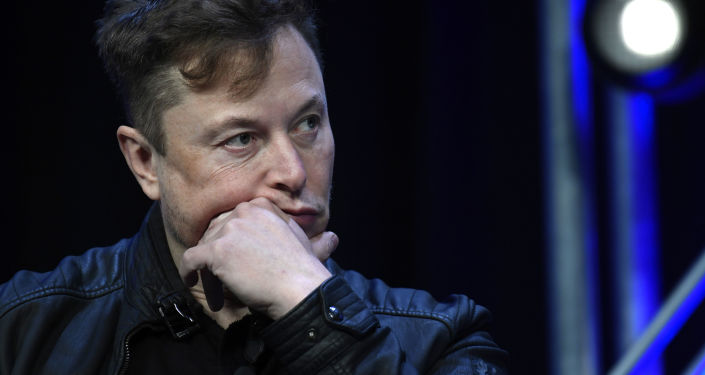 Elon Musk, being a cryptocurrencies enthusiast himself, made several critical statements on them in recent weeks, including calling Dogecoin, which he basically promoted on this Twitter feed, a “hustle”.

The drop came amid a quick exchange on Twitter between Elon Musk and a cryptocurrency enthusiast with the nickname CryptoWhale, who claimed that Musk’s Tesla would announce in its next financial quarter that it had sold its assets in Bitcoin. "With the amount of hate Elon Musk is getting, I wouldn't blame him," CryptoWhale continued.

At first Musk did nothing to refute those claims, only tweeting “indeed” and later posting a screenshot of the conversation when asked about who did he actually reply to.

​Ten hours later, however, the tech billionaire took to Twitter to clarify that his electric car-making company had not sold any Bitcoin.

​In January, Tesla announced that it had invested $1.5 billion in Bitcoin, which propelled the already growing currency's value further. Now, however, it seems that times have changed.

Last Wednesday, Tesla sent Bitcoin down, announcing it would no longer accept Bitcoin as a payment for its electric vehicles.

Musk then also took to Twitter with criticisms of cryptocurrencies, saying that he is a big fan, but it could not come at the cost of the environment.

​​Bitcoin, the biggest cryptocurrency in the world, has been criticised for consuming immense amounts of electricity to support it, often loading the grid in coal-powered regions.

The criticisms got louder in recent months in connection with the rapid growth of the cryptocurrency’s value, with big names like Bill Gates calling it “not a great climate thing”.