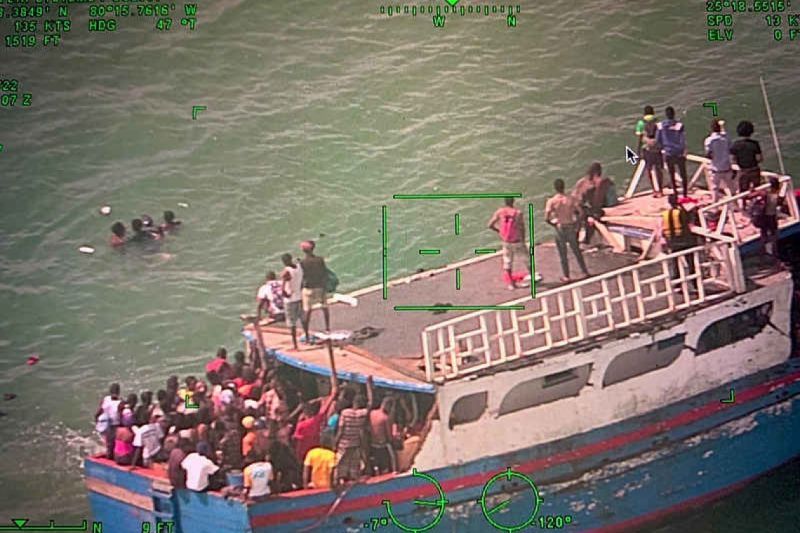 Boat with hundreds of Haitian migrants runs aground in Florida

United States (US) authorities are investigating what appeared to be one of the largest human smuggling attempts off US shores in years, after a boat packed with 356 Haitian migrants ran aground in the Florida Keys on Sunday.
Among the passengers, 158 jumped from the boat, swam toward the shore in Key Largo and were apprehended by the US Border Patrol, according to a US Customs and Border Protection (CBP) spokesperson. The other 198 remained on the boat and were taken into custody by the US Coast Guard, the spokesperson said.

Several migrants were hospitalised for minor injuries but released promptly, the spokesperson said.

No fatalities were reported, unlike an earlier incident in January, when a migrant boat capsized near the Bahamas in rough seas, leaving only one known survivor, one person dead and 38 people missing. Just days after that, the US Coast Guard intercepted 191 Haitian migrants aboard an overloaded sailing vessel that was believed to be headed for Florida.

Photos tweeted on Sunday by Chief Patrol Agent Walter Slosar of Border Patrol’s Miami Sector show a boat tilting dangerously to one side in the water with passengers dangling off the edge and a group of migrants ashore wrapped in towels.

In August 2021, the administration of US President Joe Biden granted deportation relief and access to work permits to an estimated 155,000 Haitians already in the United States. But the administration has rapidly expelled asylum-seeking Haitians under rules meant to curb the spread of coronavirus COVID-19. Thousands were expelled after crossing the US-Mexico border in September and setting up camp under a bridge in Del Rio, Texas.
#Coronavirus  #Joe Biden  #COVID-19  #Covid
Add Comment