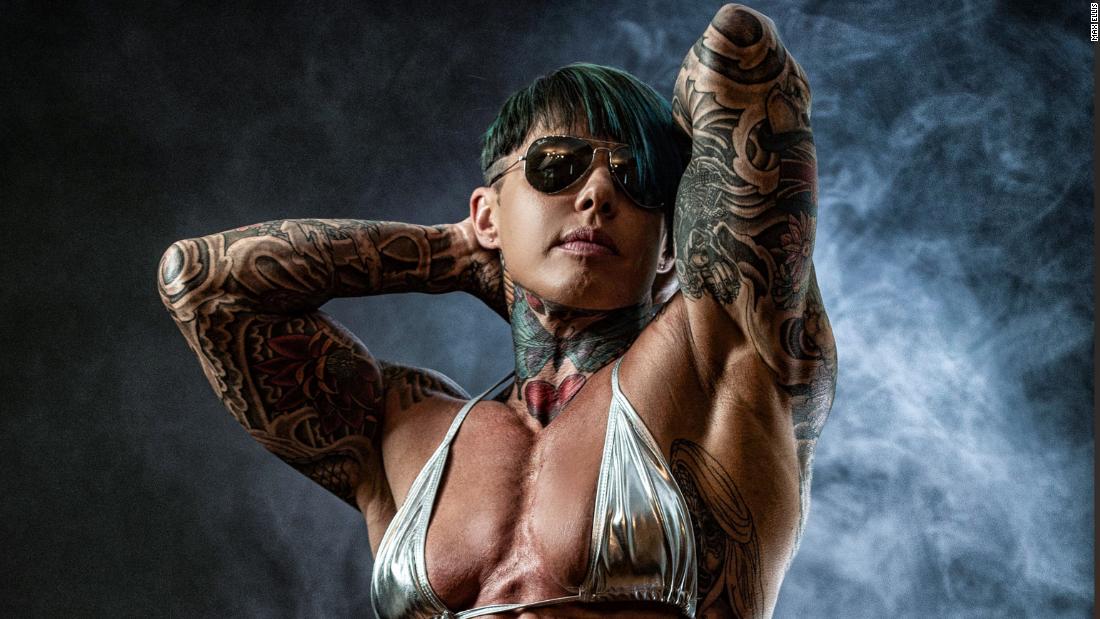 Rene Campbell has dedicated most of her life to sculpting her once diminutive frame into one that, she says, goes "completely against what society thinks a woman should look like."

The bodybuilder's dedication has brought plenty of awards but building her dream body -- gaining over 85 pounds, going from a UK size 8 to 14 -- has had its challenges, too, both physically and mentally.

"I was constantly feeling under pressure through the media that women needed to look a certain way."

'A woman with muscle'

"For quite some time I struggled with eating disorders because I was constantly trying to keep my weight really low, to appear skinny, like these women are on magazine covers," she says.

Then, she attended a women's bodybuilding show and became intrigued by the way these seemingly confident women held themselves.

Though Campbell ​says she loves the way she now looks, ​she says she is sometimes treated with cruelty, like when she has been asked to leave women's toilets.

"A lot of the time you are up against a lot of negativity. People set in an old mindset," Campbell adds.

"I was up against -- and still am -- a lot of criticism from people who don't understand why women would want to be muscular. But it just gave me a sense of confidence and mental strength.

"I'm stuck in a situation where I have to prove that I'm a woman in order to use these toilets? It's quite offensive. I do try and explain to them quite nicely. I may look this way but, at the end of the day, I am a woman. I have every right to use these toilets." 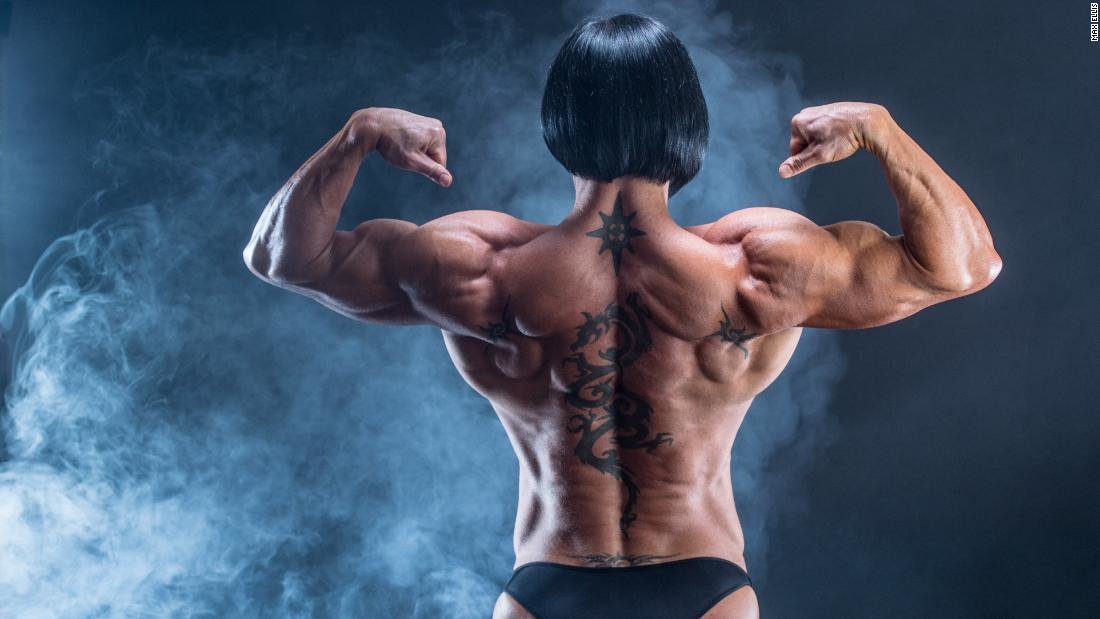 For over a decade, sociologist Dr. Tanya Bunsell has been researching female bodybuilders.

"When I would tell people that I was studying female bodybuilders, the first reaction was, 'That's just not attractive,'" Dr. Bunsell, a lecturer in Sport and Exercise Science at Canterbury Christ Church University, tells CNN Sport.

"There's definitely a glass ceiling on muscularity, and that crossover boundary where the body becomes transgressive and interrogates people's notions of male and female.

"The troublesome and disturbing body of the hyper-muscular woman is deemed so outrageously deviant by society that it provokes harsh comments."

"Even though there is a huge market encouraging women to build abs and tighten their figures, the ideal still stands for smaller waists, curvy hips and lean legs, the so-called hourglass figure," adds Dr. Bunsell. 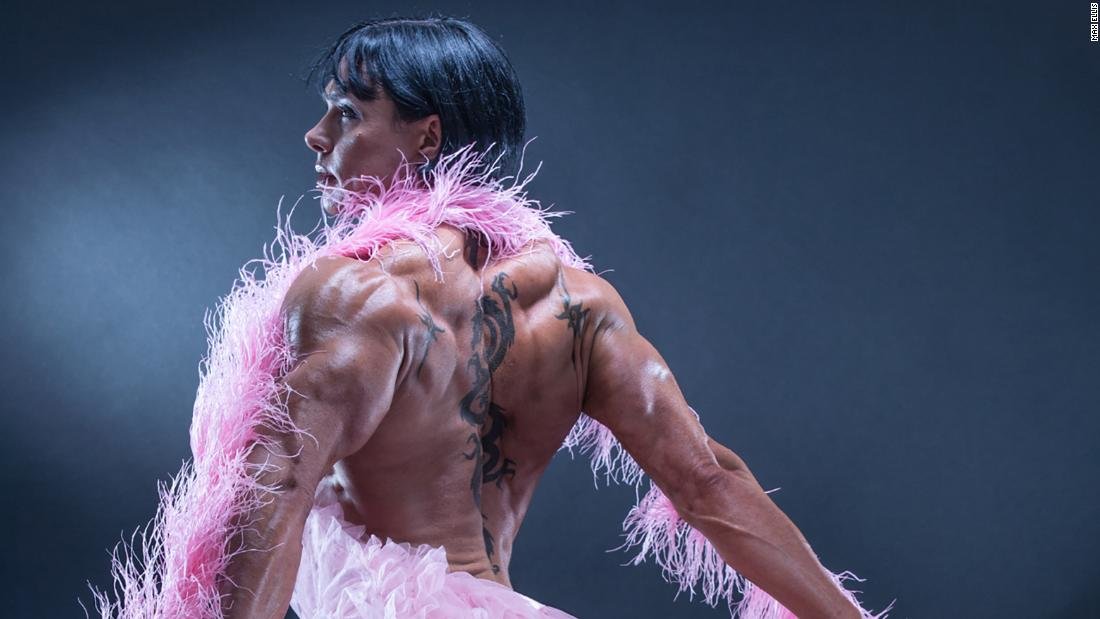 Campbell takes enormous pride in the way she has reshaped her body.

'The body becomes an amazing machine'

When she started her bodybuilding career, ​Campbell says eating copious amounts of food was, at first, a shock to the body and mind.

"My body temperature went up," she says, ​saying that putting on weight initially scared her.

"I was feeling hot all the time because you're constantly eating, but once you get over that stage the body becomes an amazing machine and it starts to take that fuel in."

"You look at any athlete that has achieved great things, there has to be a certain level of obsession."

A photograph of Campbell is currently featured in a six-month exhibition in west London called "Womanhood."

Max Ellis, the photographer who took the portait of Campbell, describes his subject as a "work of art."

"She's worked her whole life to try and achieve this," Ellis ​said. "If you're a woman and you're doing this [bodybuilding], you are swimming upstream. You're fighting every known convention."

But bodybuilding has a dark side, a long association with steroid use to help build muscle.

"Before she went to the world championships, Rene had to do a drug test and passed the drug test, but a lot of these girls didn't pass," Wanda Tierney, chairperson of IFBB (International Federation of Bodybuilding and Fitness) Women's Committee, tells CNN Sport.

Campbell says it would be naïve to think that the problem does not exist, but argues that steroids abuse happens in other sports and in society, too.

"The onus is on the athletes to adhere to the rules and regulations set by their federation," Campbell says. "My federation (The IFBB), is a signatory to the WADA (World Anti-Doping Agency) Code, and the IFBB anti-doping rules are in full compliance with the 2015 WADA code."

And as she reflected on her body's evolution, Campbell was keen to stress how bodybuilding had been accompanied by a shift in her mental health.

"It was a very big shift for me mentally, because my bodybuilding journey made me realize that I needed to do things for myself."

Oh ya 130 days ago
And her kids can drag their friends over to their house to see a freak show.