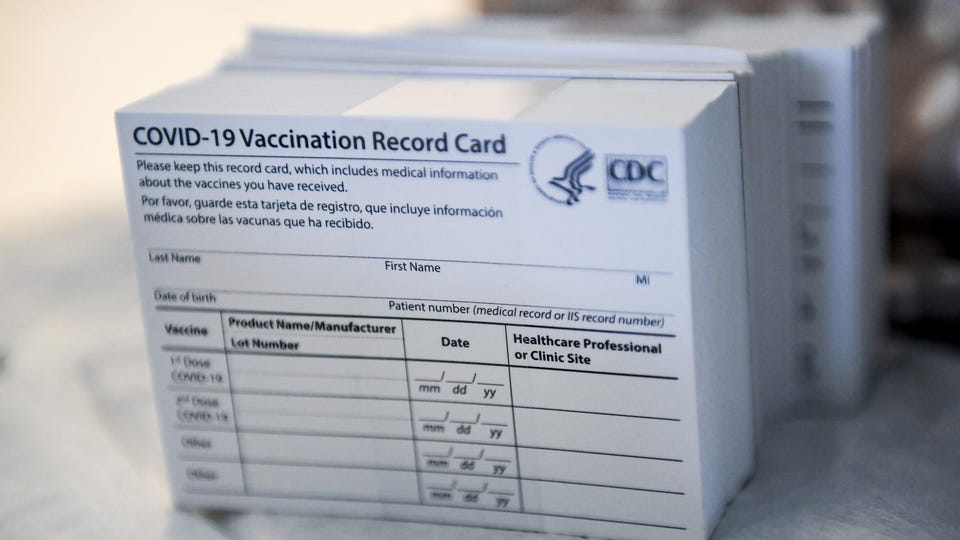 The BVI’s online entry portal requires persons to submit copies of their vaccination cards and COVID test results before they’re approved for entry into the territory, but this system is not entirely foolproof, according to health officials.

Concerns have been raised about the BVI’s strategy in detecting counterfeit vaccination cards that are being submitted to bypass the territory’s entry requirements.

These concerns were raised when the government hosted an urgent transportation-for-hire meeting as the territory seeks to get cruise ships to return to the territory.

“Those coming out of Europe come with a card with a QR code which can be checked. So the UK and a lot of Europe have those kinds of cards,” Dr Georges said. “But the majority of cards coming out of the US are those simple little cards.”

According to the CMO, there have been several instances whereby local officials have detected inconsistencies on vaccination cards coming from the United States.

He said those inconsistencies are often time associated with the dates on these US cards. Furthermore, bogus cards have also been detected closer to home.

“We’ve seen the lot numbers don’t make any sense. We can see, you know, cards that obviously don’t add up. We have seen cards from the BVI which have been, you know, falsified as well,” he related.

Dr Georges explained that the team’s methodology is not fool-proof either.

He added that a lot of cards coming out of the Caribbean and the US have the same handwritten cards that are used locally.

He continued: “So, the staff that do the approvals in the portal, they look out for these things and they do check on these things. I’m not saying we’re a hundred percent but we are looking out for them and we have detected them.”

The CMO also explained that persons have falsified COVID test results as well.