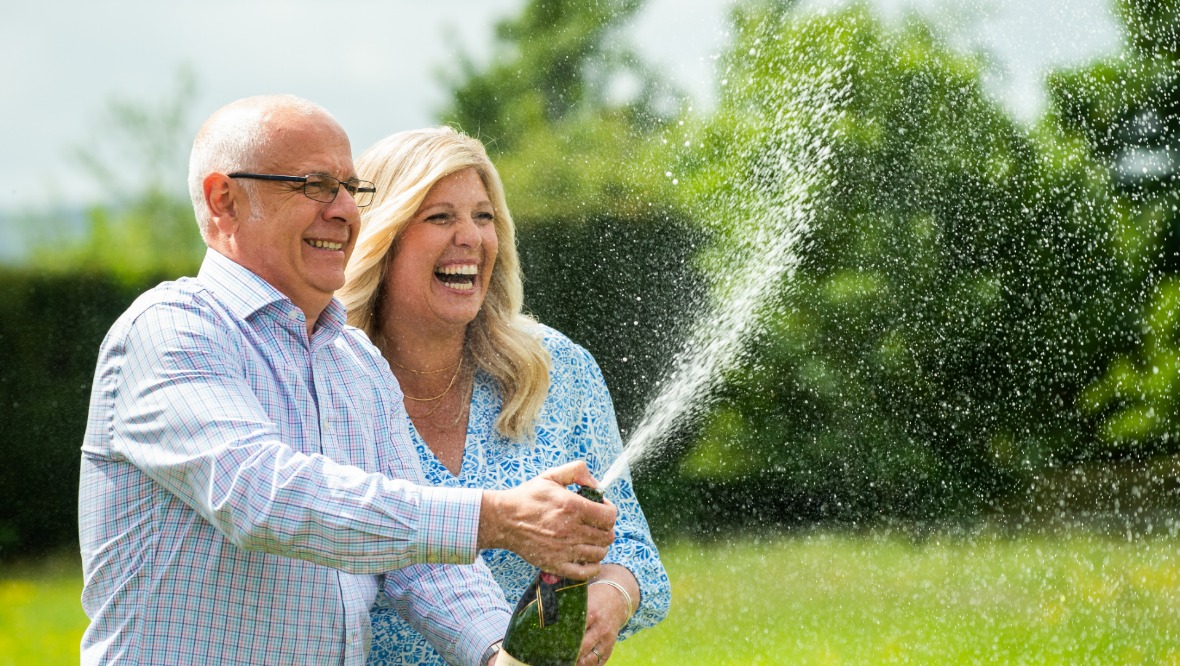 A couple who scooped the biggest-ever lottery win have said they have "been ready to win for years".

Joe and Jess Thwaite, a couple from Gloucester, have revealed their identities after winning £184m on the EuroMillions last week.

Mr Thwaite, who bought the ticket, said: "Generally my luck is pretty terrible, to be honest with you."

They went public at a news conference today, telling of their disbelief at the win and how they planned to spend their winnings.

Mrs Thwaite said: "The win gives us time to dream which we haven't had before.

"We've had one week to think about this and we now have time to share lots of experiences and go on adventures with our family and friends."

Mr Thwaite, 49, is a communications sales engineer, and Mrs Thwaite, 44, runs a hair salon with her sister.

They have been married for 11 years and have two young children.

Mr Thwaite revealed that he let his wife sleep in last Wednesday morning after discovering they had won.

He said that on Tuesday he thought he "better buy a ticket" because he was aware of the jackpot.

The next morning he got up as usual at 5.15am before checking his phone and seeing an email from the National Lottery saying, "Good news, you've won a prize".

"I saw how much and I didn't know what to do," Mr Thwaite said.

"I couldn't go back to sleep, I didn't want to wake Jess up, so I just laid there for what seemed like forever. I spent some time searching for property with no budget limit, which was a novelty!"

As Mrs Thwaite struggled to wake up to her alarm, he told her: "I've got a secret, I've got something to tell you."

Her first reaction was to assume the National Lottery app was wrong or that it was a joke. 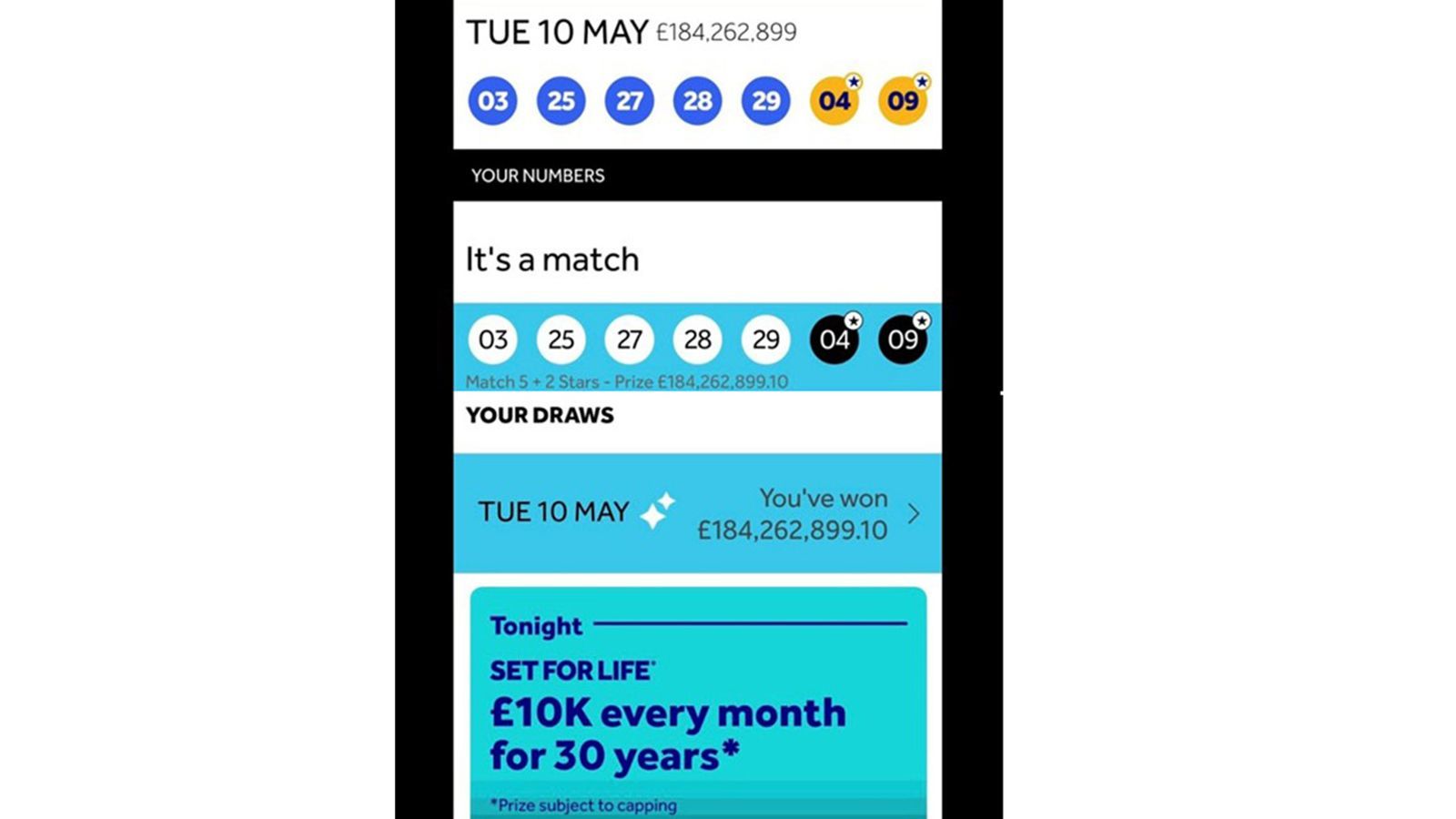 She decided that it wasn't worth getting too excited about as it probably wasn't true and got up to make coffee and start their normal morning routine.

Mrs Thwaite admitted she had been worried about going public, but said she wants to "enjoy" the prize with her friends and family.

She recalled telling her mother about the win in the car park of where they both work, as she said: "'I've got something to tell you, a secret to tell you but you have to promise not to tell anybody'.

Mrs Thwaite said she told her mum: "It's better than being pregnant."

Mrs Thwaite added: "She just literally screamed in the car park and burst into tears because even though it's wonderful and exciting, it's also a massive relief for everybody that's been struggling with all their bills and all their things for all this time."

She also said she is not materialistic and that the family will have to buy suitcases because they "never go on holiday".

They might also buy a new car, she said.

Mr Thwaite said he wanted to take his children to a rugby game.

"I'd love to watch Gloucester or England rugby live with the kids but we have only really been able to watch on TV," he said. "I'd love us all to get on a plane and go on a holiday, somewhere sunny. 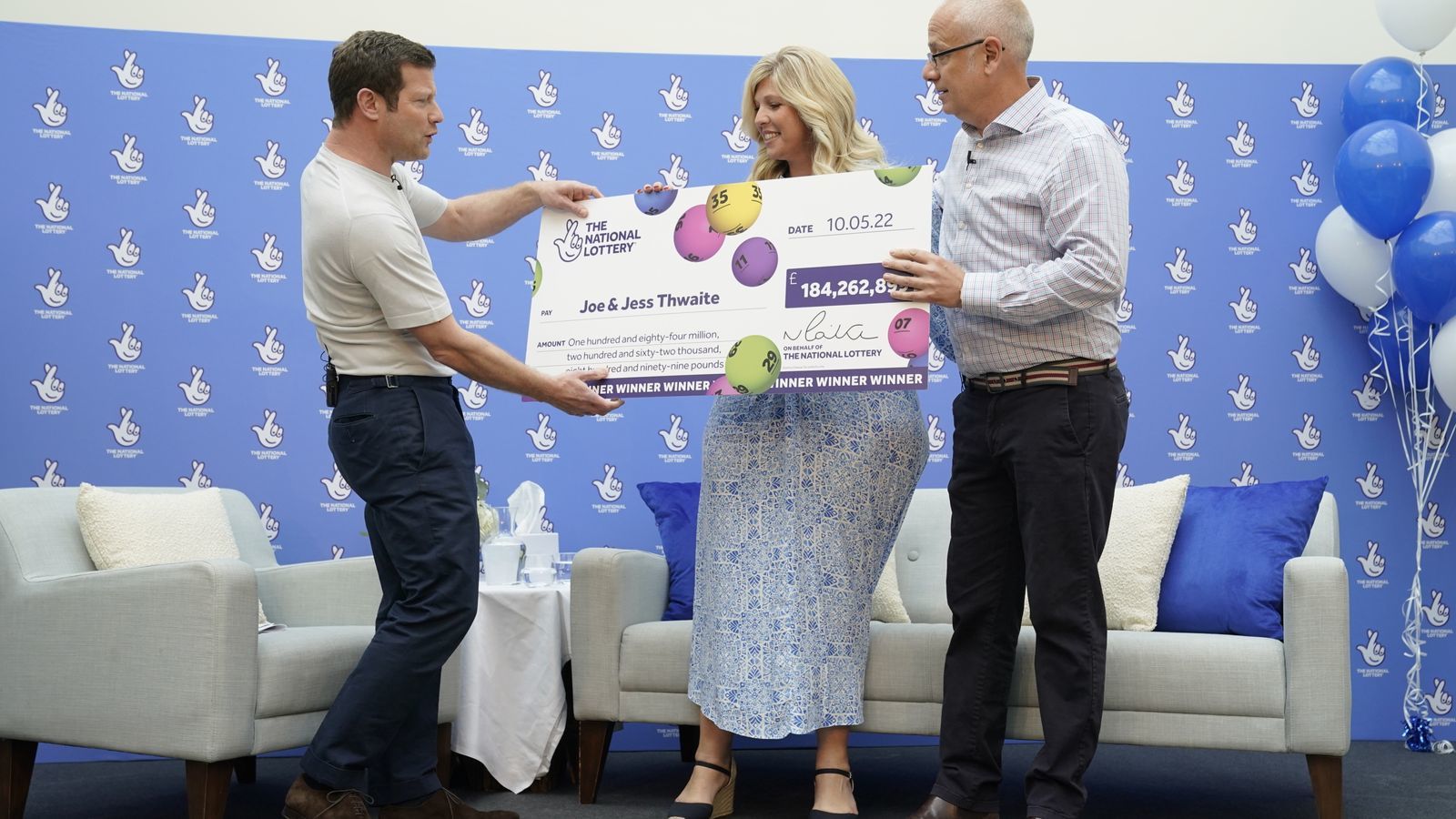 The couple were handed a cheque by TV presenter Dermot O'Leary

"It'll be great to spend more time with my brother. We both work really hard and rarely see each other, it'll be amazing to now be able to spend time together."

Mrs Thwaite said: "Our two children have always talked about going to Hawaii, I've no idea why but we can now make that dream come true.

"They have always wanted a horse box for our ponies rather than the run-down trailer we use. Just to see their faces when we can make these things come true will be worth every penny."

She revealed that she was more prepared for the win than many, thanks to her father, saying: "My dad played the National Lottery all his life and constantly dreamed of winning.

"He would always ask us what we'd do when we won, how we'd spend it, who we'd treat. It was a regular conversation and I feel like he was preparing us. Maybe that is why I seem so chilled, as I've kind of been ready to win for years."

When her father died seven years ago, her husband took over playing the lottery.

Mr Thwaite said: "The family always ask me if I have a ticket for the big draws. While I don't play every week, I do a Lucky Dip when there is a big jackpot. Although I don't feel like I've had a lot of luck in the past."

The record was previously held by an anonymous ticket-holder, who won £170m in 2019.