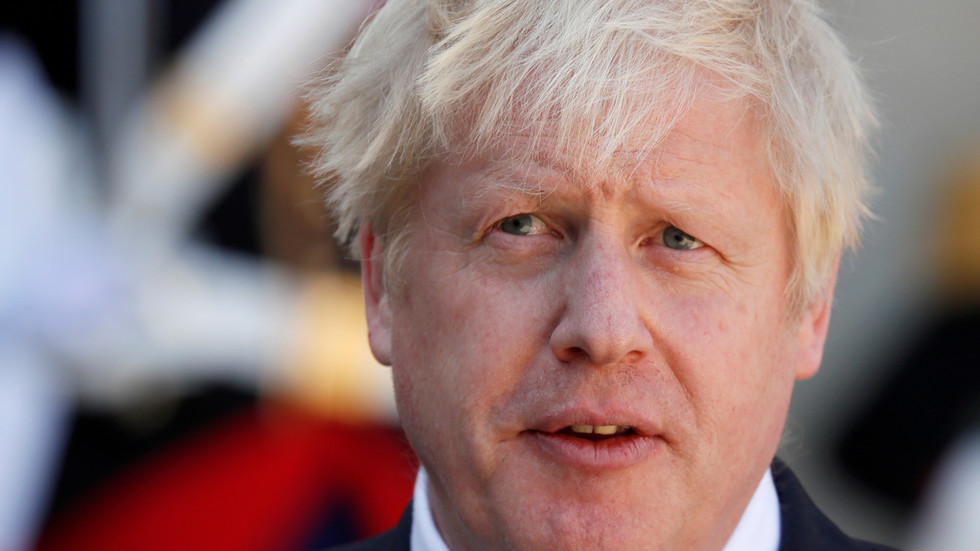 British PM Johson say he ‘owes his life’ to NHS staff as UK coronavirus death toll closes in on 10,000

UK PM Boris Johnson has credited doctors that have been treating him for coronavirus for saving his life in his first statement after being released from intensive care, as the country’s death toll continues to soar.
“I can’t thank them enough. I owe them my life,” Johnson was cited as saying in a short statement, reported by British media.

The brief statement, issued late Saturday, has become the first the ailing PM made after he was taken to instensive care in St Thomas’ Hospital in central London on Monday after his condition deteriorated due to him experiencing “persistent” coronavirus symptoms.

Sunday would mark a week since Johnson was transferred to hospital, and it’s unclear when he would be discharged.

Intially, the Downing Street reported that the PM “went into hospital for some routine tests,” but as Johnson’s condition continued to worsen, he was taken to an intensive care ward, where he received oxygen treatment but is not believed to have ever been in need of a ventilator.

Since his hospitalization, Johnson has received an outpour of support and well-wishes from both his backers and most outspoken critics, as his health woes saw the majority of Brits, shocked by the development, rallying for his full recovery.

The Labour Party, in a rare move, expelled a mayor from its ranks, after she argued that Johnson, who was still in intensive care at the time, “completely deserves” his health troubles.

With Johnson’s health issues overshadowing much of the coronavirus coverage in the UK, the stark criticism his cabinet has drawn from its ‘herd immunity’ approach to the pandemic has faded into the background.

Before falling ill with the Covid-19 late March, Johnson used to send mixed messages to the public, telling fellow Brits “to go out and enjoy yourselves” despite ordering a three-week nationalwide lockdown later the same day.

Johnson,who had been self-isolating inside Downing Street for 10 days before he required hospitalization, has been chastised for not taking his personal fight with the virus seriously enough as well.

His half-brother, however, pinned the blame on the medics, monitoring the PM’s condition inside the residence, for allegedly taking a hands-free approach to the matter,

“From what I gather - and I wasn't there - no one asked a doctor to mask up and physically examine him the whole time - more than 10 days," Max Johnson said.

His allegation, however, was dismissed by his brother’s office, with Downing Street saying that it would be “incorrect” to suggest that the PM had never been subjected to a physical exam while in self-isolation.

As the PM appears to be on the mend, the country’s death toll is smashing records, adding about a thousand fatalities a day. Some 9,875 people died of the coronavirus in the UK as of Saturday, after 917 lethal cases were registered in a single day.
#COVID-19  #Covid  #Coronavirus  #Boris Johnson
Add Comment