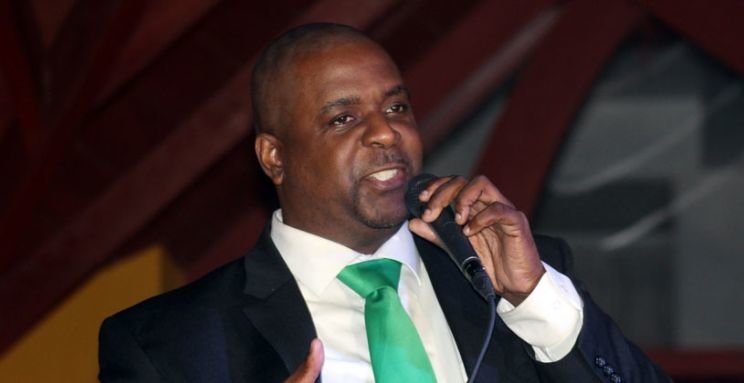 Putting a personal touch to his position, he said that bush medicine saved his life. The Premier also said that he knows that there will be strong opposition from practitioners in the traditional medicine, who believes that the remedies have not been proven.

“I would be one of those in position who will be fighting for natural medicine. Yes, I believe in it. I also believe in the regular western medicine…I believe in it (bush medicinal) with all my heart because I have been in it for years. I have nothing to hide,” he said while debating the amended Medicine Act 2019, which is focuses on registration of medical, dental and ally health practitioners and regulates the sale of drugs and poisons in the Virgin Islands, among other things.

“I believe in it because it has a place to bring a balance to the regular medicine that we know. In some countries when you go to the hospital, they give you a choice, if it’s not an emergency. If you want to be treated, they call it western medicine or if you want to be treated by eastern medicine, of course the bush part going to take a little longer, but they know the values of it,” the Premier told the House of Assembly last evening, July 2.


Premier Fahie spoke to how bush medicine saved his life when he was younger. He explained that he suffered with a weak kidney and bladder.

“…My life was saved through the old people dem giving me bush medicine…I was a man with a weak kidney and bladder, I was so shame, wetting my bed. Time come to go college; no medicine helped me. My mother went out and buy some pads and say you going college anyhow and set me on the boat with a whole set of pads. I said oh Jesus look embarrassment,” he related. But bush medicine was the answer.

Hon. Fahie also said the 'bush medicine' helped him to lose weight. He said some persons try to twist things and say its obeah. He said however, that he had fallen off with his weight programme with the bush medicine, but intends to return to that lifestyle.

“…Because when you done work out the only thing you going to do when you done do tha is go straight to the fridge when you reach home and eat it right back. Because that’s mindset they give us to work out…you have to eat the right thing and a lot of it in the right time,” he told the House of Assembly.

The Premier said he is serious about plans for the alternative medicine.

“And we are going to explore those here and any medical person who don’t want to explore those to help the people, tell them they are to do other things-either next election they put Fahie to sit down or retire because we coming through with it. I don’t want to make a dime from it, but I know what I know,” he related.


While noting that some persons will try to discredit bush medicine, the Premier said that it has proven to work over and over. But he was clear to state that the comments are his own personal views.

“I am saying this from Andrew Fahie, if your blood ain’t flowing properly, and you continue to eat the right thing, and don’t eat those things like cheese etc. etc, and you could blend onions and drink that onion juice, it helps your blood to flow. But you have to be careful, you have to get certain things in your stomach, because of the heat that goes in there,” he said.

He mentioned coconut oil for arthritis, blending tomatoes with water.

“Blend, drink it often and it will help with your blood flow, but they will tell you that is ‘stupidness’, it has not been proven,” Hon. Fahie stated.

The Premier went on to state, “whenever you take a tablet even if it’s a tablet to heal you, the reason why the other side effects are there in small writing it’s because it’s so much you going to get burn out reading them. It cures one and mash up many others.”

He reemphasized that he has seen the way it works including helping persons who were mentally ill.

“As we go into this (Medical Act) I want us to find ways to include the other side. Not just the herbalist, herbalist is not just fully naturalist, there are some differences, to make sure we capture this side before other people capture it for us,” he said.

Premier Fahie indicated that they intend to take their time with this initiative.

"We will open another medical tourism area for this territory that eyes have never seen and ears have never heard,” the Premier stated.

The Premier maintained, “I am not going to come into a position of authority, and be bullied by any medical person not to bring the balance.”