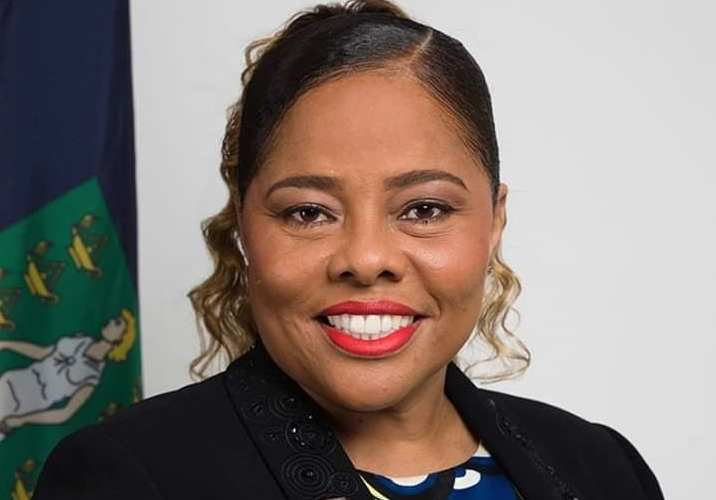 Approved businesses who have not yet received their cheques from the government’s Small Business Sector Grant Relief Programme are being urged to be patient as their cheques will soon be on its way.

This appeal comes from Junior Minister for Trade & Economic Development, Shereen Flax-Charles following reports received by BVI News that a number of approved businesses were still in the dark about the whereabouts of their cheques.

Flax-Charles told our news centre the Trade Department is exhausting their human resources to have the cheques processed as quickly as they can while maintaining accountability.

“Cheques are coming out. I would just ask for persons to be patient knowing as well that there are other stimulus packages being offered by government, with thousands of cheques that are going to be going out in the next couple of weeks,” Flax-Charles told BVI News.

“If they got a call, they will be getting a cheque. I realise that persons are anxious and they need to get their bills paid, but it is going to take a little bit longer than some of them were anticipating … There is a process that is mandated by Finance and the auditors are looking at everything, so it has to be done properly,” she added.

Hundreds of businesses to be inputted in gov’t system

The junior minister also said a number of the businesses had not yet received their cheques since they had to be added to the government’s system before the grants could be fully processed.

“It’s over a thousand businesses that were awarded grants and the majority of these businesses were not in the government systems, so all of that information has to be inputted, they have to create a profile for each of them,” she explained.

“For instance, if BVI News was getting a trade grant and they had never done business with government before, all of their information needs to be put in and it’s hundreds of those that have to be done. Added to that, the officers that are working on these things, they too have other responsibilities as well. They still have to do their regular functions plus they’re making sure that these grants and cheques get out,” the junior minister further explained.

Meanwhile, in a media conference on September 24, Premier Andrew Fahie announced that 1,039 businesses had been approved for the programme.

Of the $6.5 million which was allocated from the Social Security Board for the programme, Fahie said a total of $6,138,889 was used to fund the aforementioned approved businesses.

Of that sum, the Fourth District where the Road Town capital is located was awarded the highest value of grants from all the nine districts, with a combined total of $1,665,565 shared among 280 businesses.