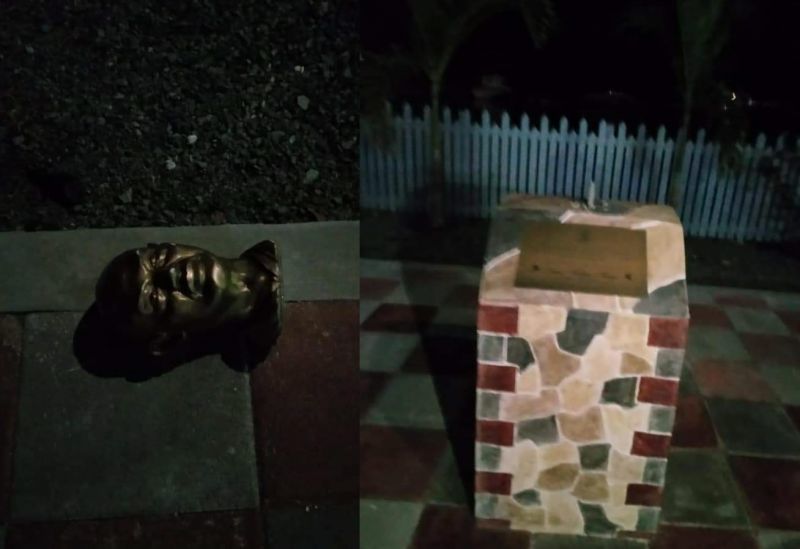 The monument was unveiled at the opening of the Omar Hodge Fisherman’s Wharf and Park on April 26, 2021 in honour of the late legislator who as referred to as the ‘People’s man’.

A tribute to Mr Hodge written on the concrete base of the bust reads: ‘Here stands The People’s Man, a noble fighter and bridge across ethnic communities. He dedicated his life to all, from the hills to the sea of the District and once broke The Mace in our defence. 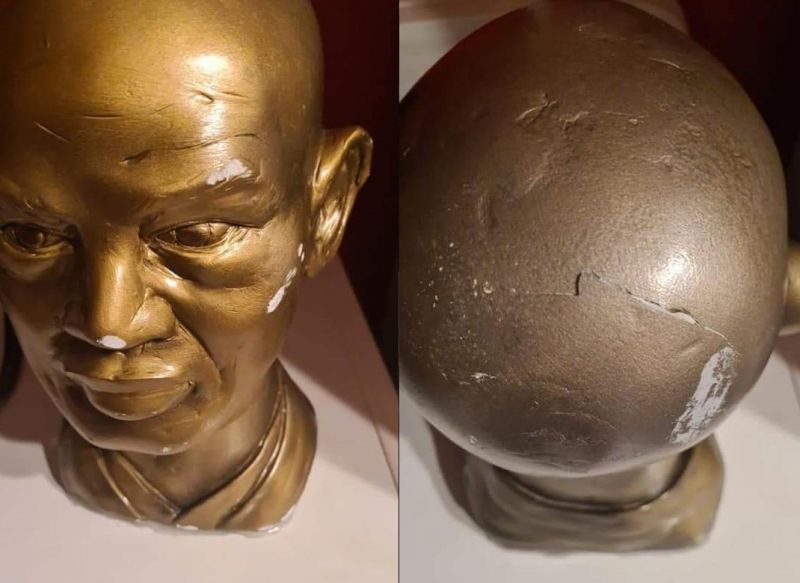 Visible damages to the bust in honour of the late former legislator and Sixth District Representative Omar Wallace Hodge.

As long as the people live, his legacy will live on.’

The vandalised bust was reportedly discovered last evening, May 6, 2021, and has since sparked dismay among community members.

“This is ridiculous, not to mention heartbreaking to me. So many years trying to get this done. All I wanted to do is to create a place of relaxation for the people of D6. So ridiculous!” Sixth District Representative Hon Alvera Maduro-Caines reacted.