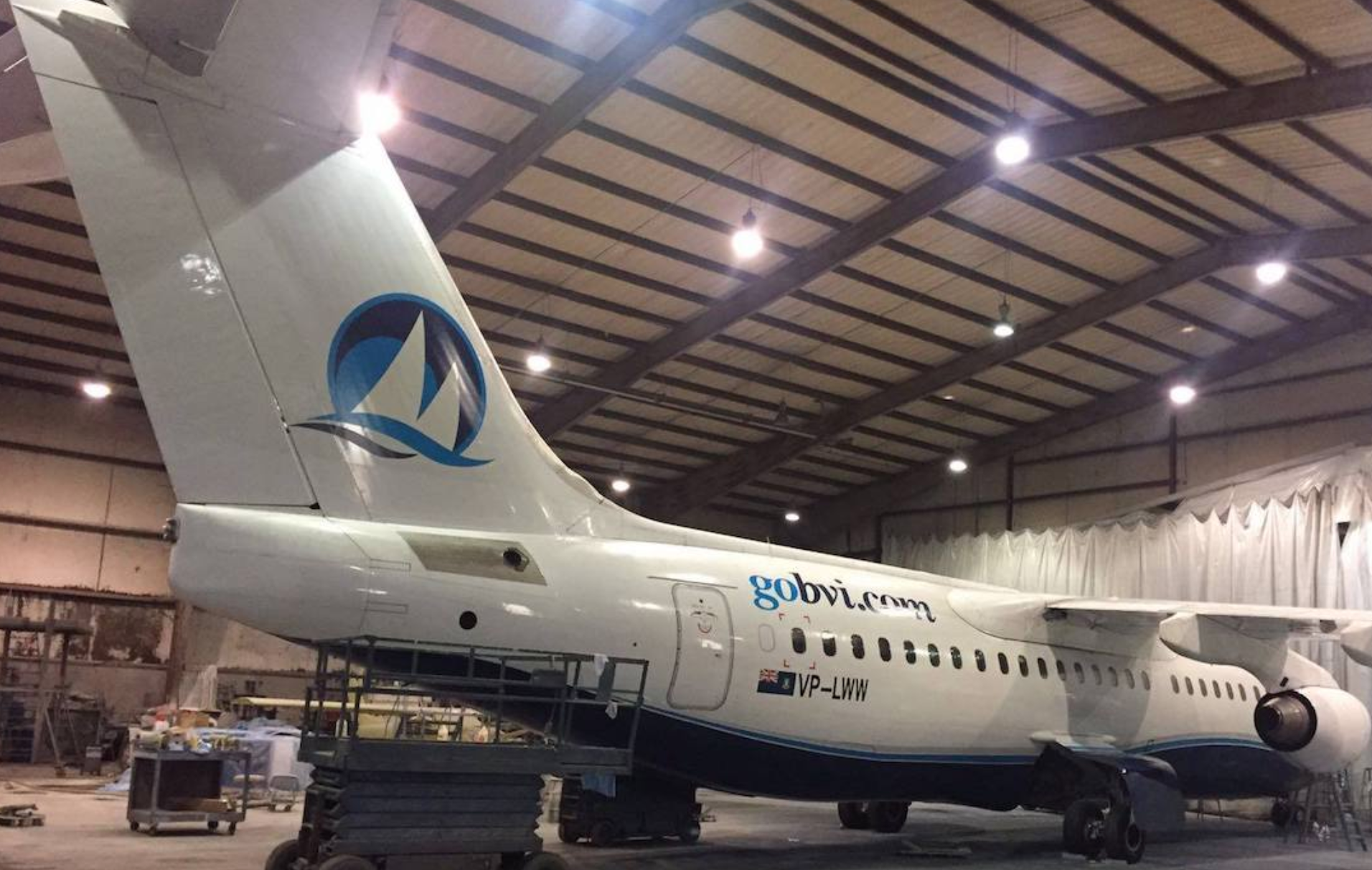 After receiving $7.2 million in taxpayer money to launch a commercial airline that never got off the ground, BVI Airways partners took the government to arbitration in 2019 in an effort to get at least $10 million more.

This month, their claim flopped.

In a May 12 award, a New York arbitrator rejected all of the airline’s claims against government for breach of contract, fraud, defamation and other allegations, and ordered them to pay $130,000 in costs.

The decision was quickly celebrated by Premier Andrew Fahie as well as his predecessor Dr. Orlando Smith, who signed the initial Framework Agreement with the airline in 2015.

“This is an important victory for the people of the BVI,” Mr. Fahie said in a May 14 press release. “Despite being provided with significant public backing, the parties behind [BVI Airways] failed to get a single commercial flight off the ground or to repay any of the public funds invested. This ruling ensures that no further funds will have to be paid to these parties.”

“In 2015 my administration acted in the best interest of the BVI in our efforts to introduce direct flights from the [United States] to BVI,” he posted. “I am happy that the arbitrator found that we upheld our end of the arrangements and I now feel vindicated.”

However, the decision does not mean that the government will now recoup its $7.2 million.

The arbitrator also dismissed a counterclaim filed by government’s legal team, in part because he found that the 2015 Framework Agreement included no explicit guarantee that the direct flights would ever launch.

Meanwhile, the government is continuing efforts to recover the $7.2 million through other channels, including an ongoing local lawsuit against Lester Hyman, the octogenarian Washington DC attorney who helped broker the BVIA deal after introducing Dr. Smith to the airline’s partners in 2013.

“I want to assure the people of the Virgin Islands that your government will leave no stone unturned in its pursuit of the recovery of the sums paid to [BVI Airways partner firms] and individuals connected with those companies,” Mr. Fahie said. “We are also seeking to recover the costs incurred in defending the wholly unjustified claims brought in this arbitration.”

Most of the arbitration proceedings were held behind closed doors, and they are not a matter of public record, but a May 12 award labelled “not confidential” has been obtained by the Beacon.

Besides summarising the claims from both sides, the 112-page document recounts a seven-day proceeding that took place in March before arbitrator Paul Klaas.

Among other accusations, BVIA partners alleged that the government breached the 2015 Framework Agreement by announcing its intention to expand the airport at Beef Island, according to the award. This announcement, they claimed, violated the government’s obligation not to subsidise other airlines.

Government’s legal team, however, retorted that the airport expansion had been announced before government signed an agreement with the airline, and should have come as no surprise to BVIA.

The arbitrator sided against BVIA in the matter, ultimately concluding that the government performed all its obligations in relation to the project and did not breach any of the terms of the Framework Agreement or breach confidentiality.

The arbitrator also rejected BVIA partners’ claims of fraud and defamation, which he described as “frivolous.”

Because of this decision, Mr. Fahie noted on May 14, “The BVI government will not have to make any further payments to BVIA and Colchester in relation to the failed project.”

In the midst of the arbitration proceedings, the government launched a counterclaim based in part on alleged dishonest conduct by Colchester and BV Airways as a result of payments made to Mr. Hyman, government’s long-time US legal counsel who helped broker the deal.

The arbitrator, however, dismissed this counterclaim, finding that government did not prove wrongdoing.

He also found that BVIA partners did not breach their agreement with the government even though they failed to launch the promised service.

His reasoning for this decision was based in part on the wording of the 2015 Framework Agreement.

“At no time and in no way did Colchester Aviation and BV Airways guarantee that non-stop, commercial air service between [Beef Island and Miami] would be launched and operated; rather, BV Airways committed to ‘use its commercially reasonable efforts to launch and operate’ that air service,” the arbitrator noted.

Failure to “commence air service,” he added, is “never deemed a breach of the Framework Agreement; it is just a failure of the venture, which allows the BVI government to stop ongoing payments and terminate the agreement.”

In opposing the counterclaim, the BVIA partners argued that they did use “commercially reasonable efforts” to launch the airline, and the arbitrator agreed.

Also in its counterclaim, the government argued that BVIA partners failed to account for how they spent some $1.5 million, and suggested that they “‘wrongfully entered the agreement to take [the government’s] $7.2. million with no intention of pursuing the project,’” according to the arbitrator.

Though the arbitrator ultimately found that government failed to prove these allegations, he did acknowledge BVIA’s failure to provide comprehensive financial data to government as required by the Framework Agreement.

When the project went dormant in 2017, he explained, “Colchester Aviation and BV Airways cut expenses and fired employees, including the bookkeeper, so now some data are missing, difficult to find, or difficult to follow, and 2018 data is particularly sparse.”

But he also noted occasions when he said the government apparently could have learned more information about the airline’s finances but didn’t act.

In one instance, he cited testimony from former Financial Secretary Neil Smith, who said that BVIA partners invited him to review the airline’s financial records in person in Fort Lauderdale, but the Cabinet at the time — under Dr. Smith’s administration — decided against it.

“I was even prepared to send someone else besides myself to look at it so that ministers would have different ideas besides myself,” Mr. Smith testified. “But it was never — that offer was never taken up.”

When the arbitrator asked him why not, Mr. Smith replied, “I have no idea. … That wasn’t my decision. It was government’s — well, Cabinet ministers’ decisions.”

The arbitrator found this exchange telling.

“The BVI government, in its post-hearing submissions, confronts this remarkable evidence only in [a] footnote,” he wrote, before quoting government’s footnote in full: “‘The offer to the respondent to fly to Fort Lauderdale at vast expense to look at (but ‘do not copy’) financial records should not be treated as a bona fide attempt to comply with contractual obligations — it is the type of offer which is made knowing that it will never be accepted.’”

The arbitrator, however, took issue with this claim.

“There is no evidence I recall that flying from the British Virgin Islands to Fort Lauderdale would require ‘vast expense,’ and no evidence that Mr. Neil Smith would not be allowed to copy records, and no evidence that anyone thought [Colchester Chairman Scott] Weisman’s offer would never be accepted,” he wrote, adding, “The BVI government’s refusal of that offer from Colchester Aviation and BV Airways of ‘open book inspection’ casts a long shadow on the government’s current enthusiasm for financial detail and … on its now-professed horror at certain payments reflected in the books and records the government refused to inspect.”

Last week, this reporter asked former Premier Dr. Orlando Smith about the Cabinet’s decision at the time not to send anyone to Fort Lauderdale to view the records, and attorney Martin Kenney responded to the query.

By the time of BVIA’s invitation, Mr. Kenney explained, the airline’s partners had repeatedly failed to provide financial records to the government despite the Framework Agreement that required them to do so. Therefore, he said, the offer did not appear to be made in good faith.

During the proceeding, the arbitrator also offered to “try to summon” former BVIA Chief Financial Officer Robert Castro to provide information about the airline’s finances that other partners could not produce.

But the MKS attorney representing the government declined the offer.

This reporter asked the premier about the decision to oppose inviting Mr. Castro to the proceeding, and Mr. Kenney responded to that query as well.

The government’s legal team, he explained, was surprised by the arbitrator’s offer to try to summon the CFO, and opted not to invite a potentially hostile witness into the proceeding with no prior disclosure of his evidence.

“You would never ever consent to calling a witness who is potentially hostile: You don’t know what he’s going to say,” Mr. Kenney explained, adding, “It’s the objective evidence that matters: not somebody’s memory of what happened three years ago who’s a bookkeeper.”

The government’s legal team, he said, was disappointed that the arbitrator did not take steps to ensure that BV Airways and Colchester disclosed all of their banking and financial records in advance of the final hearing in March.

“In the financial records that were disclosed, bank payment records for 2018 were missing,” he said. “This resulted in a $1.5 million delta, meaning an objectively unexplained expenditure of $1.5 million.”

Ultimately, however, the arbitrator found that government’s legal team did not prove that any funds were misused.

“According to the evidence in the arbitral record, Colchester Aviation and BV Airways exhausted all sums provided by the BVI government pursuant to the Framework Agreement on the [airline project], and the BVI government did not bear its burden of proving that those funds were used for improper purposes,” he wrote.

“The priority was to defeat their claims,” he explained. “The companies suing us have no assets. The loss of the counterclaim is not material because there’s nothing to collect.”

Instead, he said, government’s legal team intends to proceed with other efforts to recoup the $7.2 million paid to the airline.

To that end, it will continue its ongoing VI lawsuit against Mr. Hyman, and it plans actions against other BVI Airways partners in US courts in anticipation of further legal proceedings here, he said. 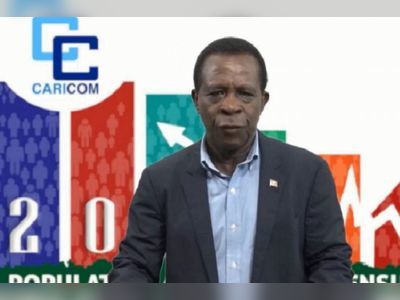 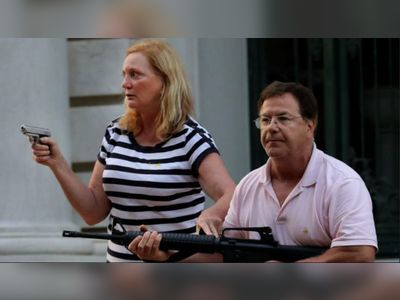 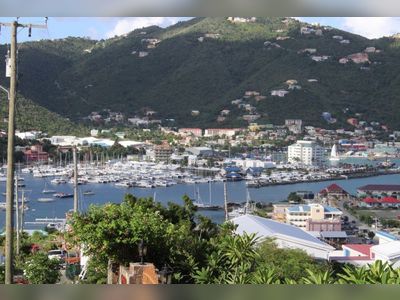 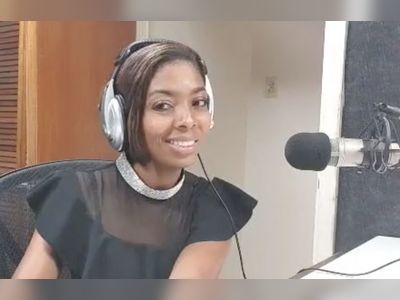 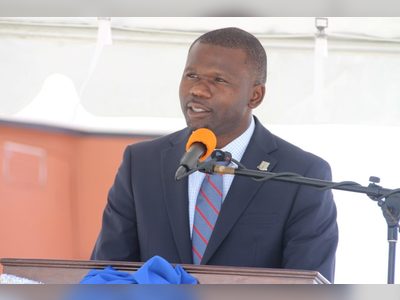 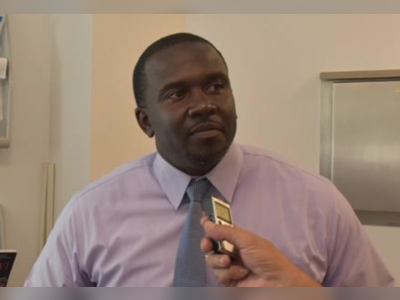