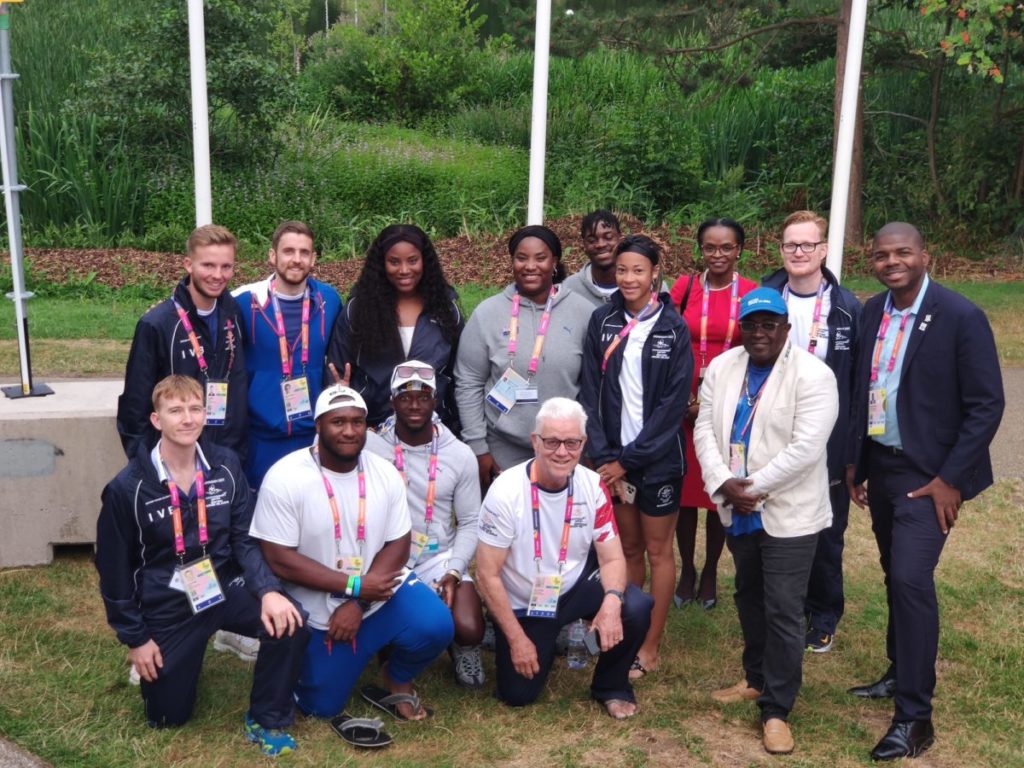 Thirteen of the 18 local athletes expected to compete at the Birmingham 2022 Commonwealth Games have arrived in the United Kingdom ahead of the Opening Ceremony which will take place at the Alexander Stadium this afternoon.
Premier Dr Natalio Wheatley, who is currently on an official visit to the United Kingdom, visited the athletes and gave them some words of encouragement.

He was accompanied by Tracey Bradshaw, Director of the BVI London Office and they were welcomed to the Athlete’s Village by Chef de Mission, Mark Chapman yesterday.

“It is my pleasure to be here with you. I planned to come to the United Kingdom for a meeting with Minister [Amanda] Millings and it coincided with the Commonwealth Games, so I decided to come and show you some support,” Dr Wheatley told the athletes.

“I am very encouraged with the work of the Olympics Association and all the different associations. I know we have several different sports represented here. I am very encouraged by our progress. I have been discussing with brother Ephraim Penn how we can give more support and more money for sports. Through the money service levy that has been in the news, we made that money available for sporting purposes and it is my hope that the minister for sports will provide you with some of that money to prepare for games like this,” the Premier added.

He reminded the athletes that the Commonwealth Games are the Friendship Games, and they must take the opportunity to meet new people and let people know about the BVI and where possible invite them to be ambassadors for the territory. He also encouraged them to conduct themselves in a manner that would make the Virgin Islands proud.

The squash Men’s singles Preliminary Round of 64 — which takes place tomorrow, Friday, July 29 — will be the first event for the BVI. Local athlete Luca Reich will play against Emyr Evans of Wales at 12 pm local time (7 am BVI time) and Chapman plays against Abhay Singh of India at 7.15 pm UK time (2:15 pm BVI time).

The 3×3 basketball team will then face Canada in the Group Match on Saturday, July 30. The competition schedule for the BVI will be shared following the technical meetings.

The Commonwealth Games will be 11 days of sports comprising 286 sessions, covering 19 sports in which athletes from 72 nations will compete for championship titles.
#the Virgin Islands
Add Comment