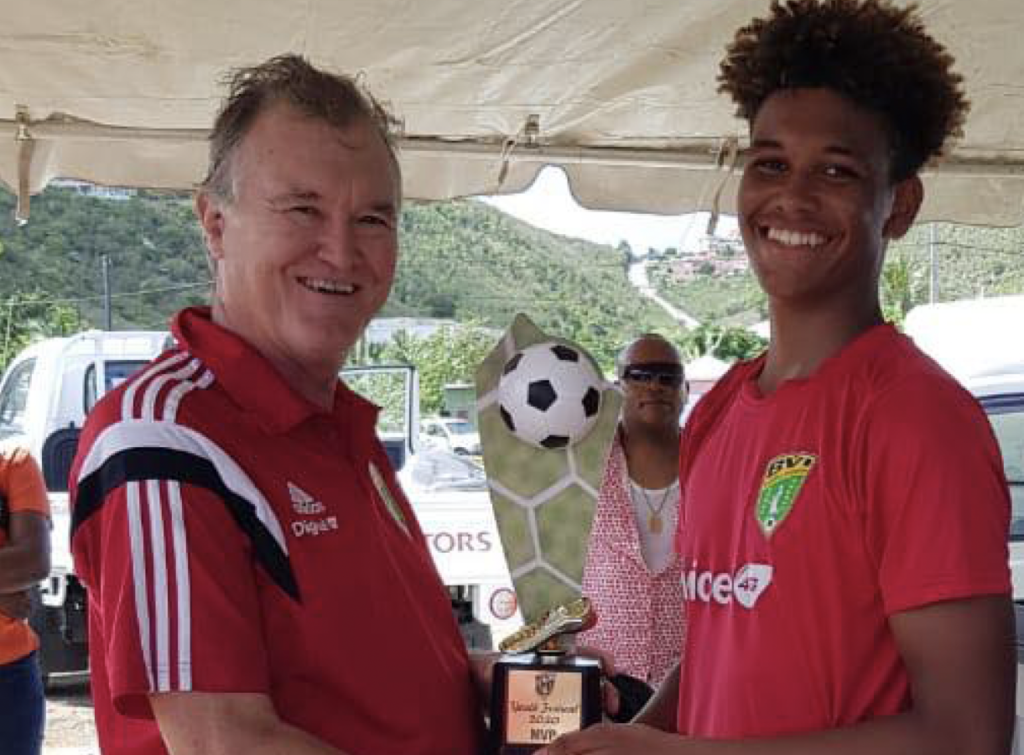 A media release from the BVI Football Association (BVIFA) on Thursday said Chalwell represented Poole Town Football Club in a recent 4-1 victory against Dorchester Town, in the preliminary rounds of the tournament.

Speaking on his achievement, Chalwell, who in August won the most valuable award at the Youth Festival Trophy in the BVI, said: “I am grateful to have been given this opportunity with Poole and even happier to have helped the team advance to the next round.”

BVIFA’s Technical Director Dan Neville said he believes Chalwell’s achievement speaks volumes of what local authorities are doing for the sport of football in the British Virgin Islands.

“The FA Youth Cup is known around the world, so to have one of our young players involved is another milestone in the progress [of what] our players are making and the benefits our programmes are starting to produce,” Neville stated.

“It is very important we continue to provide our home-grown players with a variety of opportunities and competition in order for them to reach their full potential,” he added.

Neville also said he hopes it will not be long before another local creates more history for the territory by competing in other major international football tournaments.