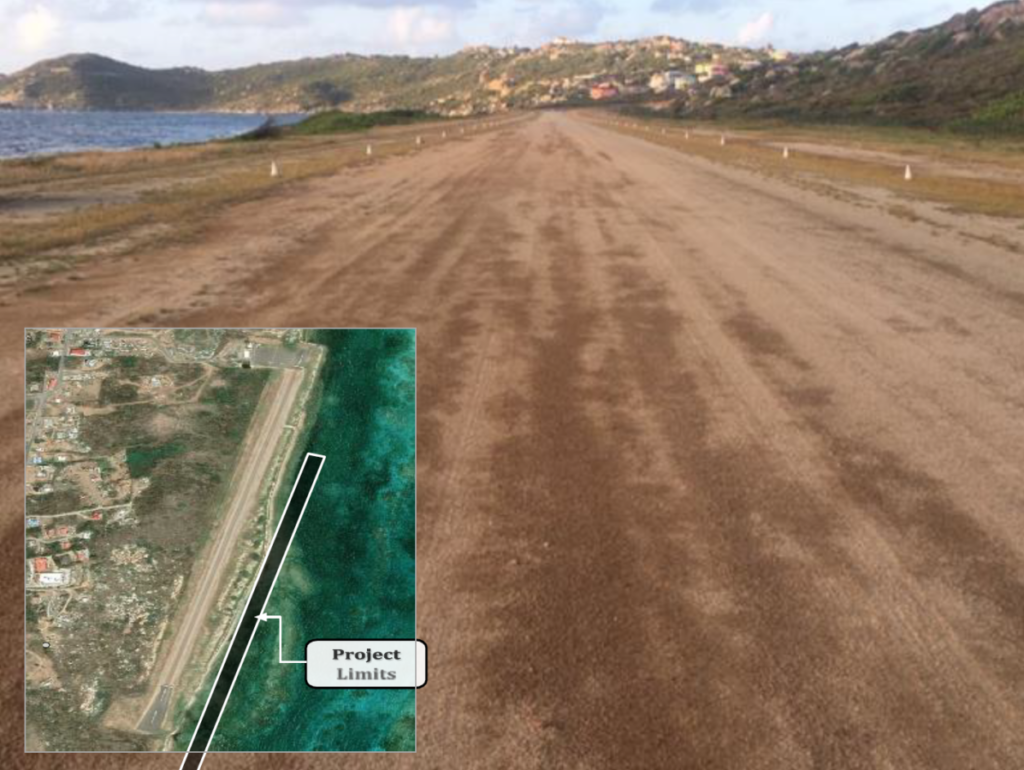 The proposed costs for the long-awaited runway rehabilitation were revealed in a media release from the BVI Airports Authority (BVIAA), which announced the names of the firms bidding for the project.

According to the BVIAA, the first company, Dexter Construction Company Limited of Nova Scotia in Canada is offering to pave the runway for $9,464,001.00.

The company estimates that $3,900,000.00 of its tender price will go to local sub-contractor, EMCS Caribbean Limited.

The second company, Herzog Caribbean Ltd of Providenciales, Turks and Caicos is offering to complete the project for $6,991,399.64. The company estimates that $600,000 of its tender price will go to local subcontractors such as Guardian Surveying Services.

The project is expected to be completed by the end of 2020.

According to BVIAA Chairman, Bevis Sylvester, the work will largely consist of widening and paving the runway with asphalt. The existing runway is mostly sand and gravel.

“This is yet another key initiative of the Andrew Fahie-led Government of the Virgin Islands to both build economic resiliency throughout the entire British Virgin Islands, as well as jump-start local infrastructure projects to assist in offsetting the economic downturn resulting from the COVID-19 virus,” Sylvester said.

The BVIAA said the project is expected to contribute millions of dollars to Virgin Gorda’s internal economy both during and after the rehabilitative works, as the newly-paved runway will enable larger planes to operate with greater safety and frequency to the island.

Earlier this year, the government had said it expects a 3,100-foot uniform runway surface that maintains good friction even in the rain and would last for at least 20 years.

Premier Fahie has also suggested that paving the runway could allow more types of aircraft to use the facility, possibly allowing for nonstop flights from the US.