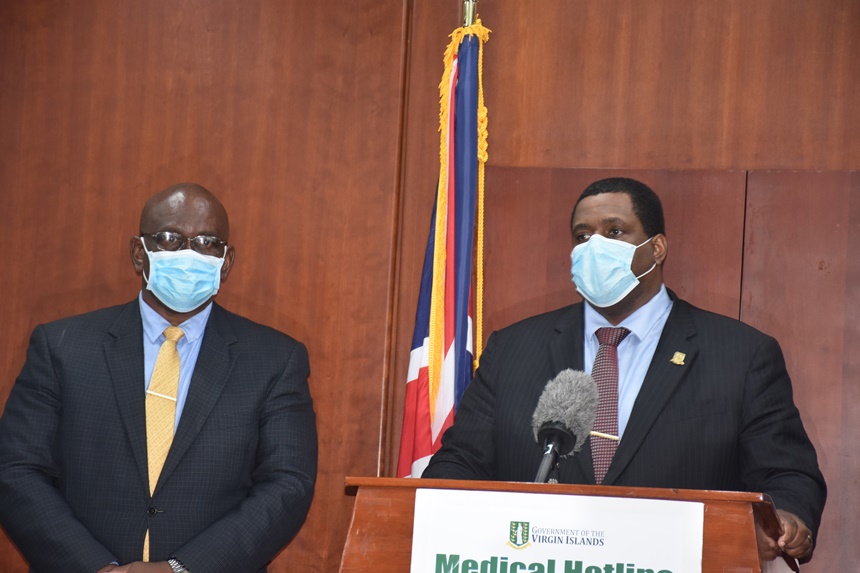 Despite the current economic strain brought on by the COVID-19 pandemic, the British Virgin Islands economy is showing signs of “bouncing back”.
Premier and Minister of Finance Andrew Fahie made that statement while speaking in the House of Assembly last Friday.

He also said his administration would soon unveil new areas designed to increase revenue streams in the territory.

This, he said, will be done while being mindful of the country’s expenditure; considering the revenues lost so far.

“We have to be vigilant and we have to also have to move towards the new initiatives. Many of them we have passed already, many more to come, and many more to be announced,” Fahie said.

He continued: “One of them I could say for sure I’ll be announcing is some of the adjustments we have made in a move to be more transparent and accountable during pandemics and catastrophic events. [This adjustment is in relation to] the usage of the petty contract system in an accountable manner.”

The Premier said the initiative is in an effort to “be able to bring our people along economically; even in the midst of COVID-19″.

“We have to be so cautious because we are balancing persons’ health [and] their lives versus their livelihoods in terms of the economy,” he stated.
#COVID-19  #Covid
Add Comment